“We are a young team, I think our median age is around 25 and that is quite young compared to other Six Nations teams," Danilo Fischetti says of his national side.

"That has a big impact on our team, our style and our culture.

"From 2020, we started to improve in a lot of areas; lineout, scrum, and with the ball, that is all down to our training.

"Now we have shown what we are, obviously there is still a gap between us and sides like England, New Zealand, but we try and close that gap every time we train.”

The progress seen in Kieran Crowley's Italy team in 2022 can be measured against that of most Tier One nations, not only exceeding the expectations set for the Azzurri, but also of the achievements of many other top ranked sides.

In February, Italy ended an undesirable 36-game hoodoo of achieving no wins in the Six Nations with a famous win in Cardiff over Wayne Pivac’s Welsh team, winning 22-21.

Fischetti played his part in that influential result, winning two turnovers and making 11 tackles, with Crowley’s side setting the tone for the historic calendar year that was to follow.

“It is a big moment, we hadn’t won in around seven years in the Six Nations so it was massive.

“The win gave us trust in ourselves, the team and the whole process.” 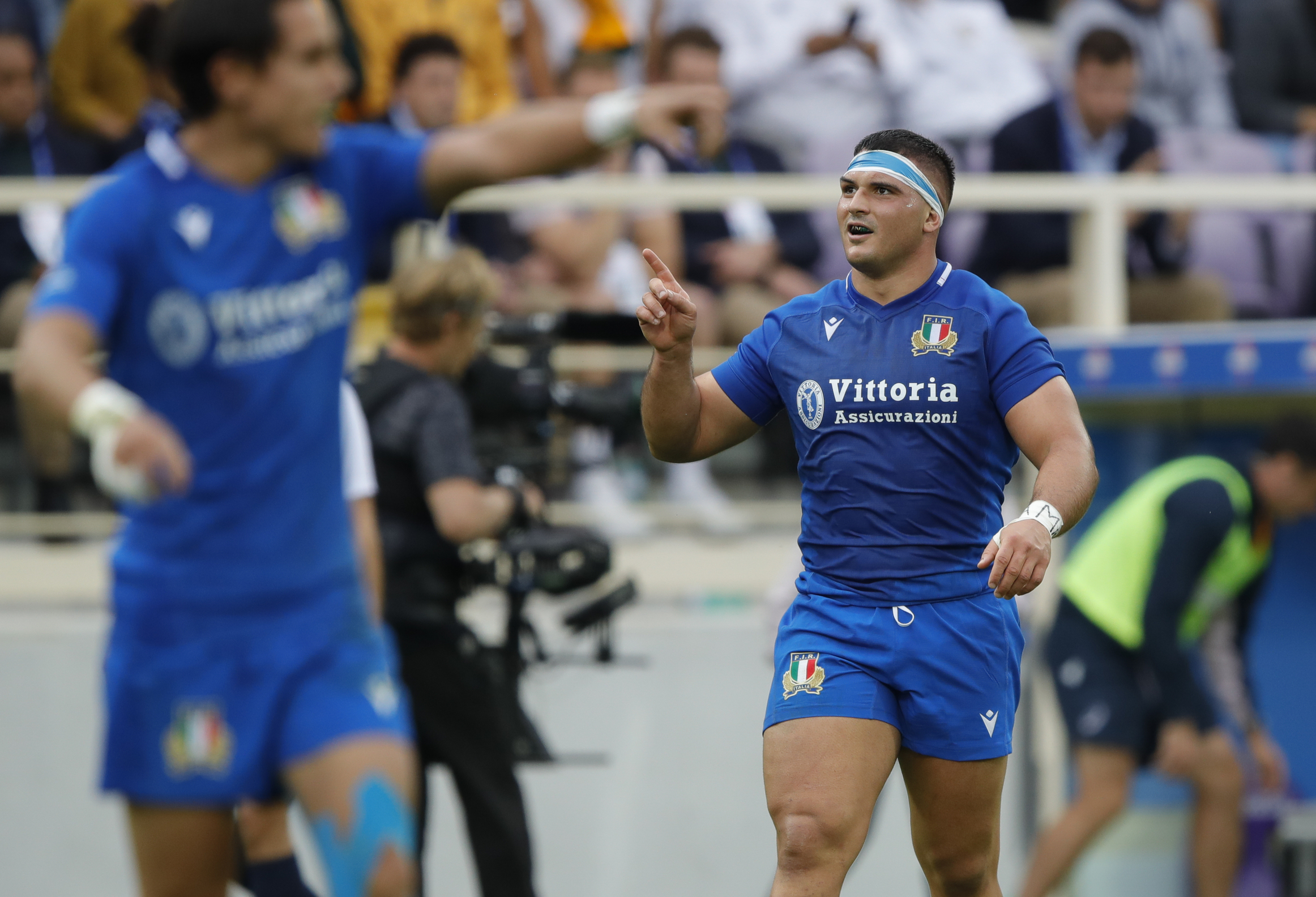 Such faith in the Italian way of thinking on the rugby park would prevail over the summer period, with one scratch on the record coming against Georgia, a result in and of itself a reflection of the leaps and bounds European rugby has progressed.

During that period, Fischetti, alongside compatriots Luca Morisi and Giosué Zilocchi, became Exiles after joining from Italian outfits Benetton Treviso and Zebre Parma.

Life is good in the capital for the prop and his new pals, with a few speed bumps along the road to adapting to a new way of living in a different country.

“I am really enjoying it, I have Giosué [Zilocchi] and [Luca] Morisi who can help me with the English as Giosué arrived a little earlier than me and understands a bit more.

“The team, the coaches, the boys are a great group and I enjoy playing with them.

“Life in London is a little different, I’m from Rome, it’s similar but different I suppose – but the traffic is the same!

“The habits I am getting used to, people here have dinner at 5, 6 o’clock but in Italy, people are just having a snack then because we eat so much later!”

Fischetti was accompanied by Morisi in the autumn international period, with the centre making his first appearance for his nation in over a year a 49-17 rout of Samoa in Padua.

That win, in the words of the 24-year-old, gave them the necessary “boost” in terms of confidence and ability to take on a side they had never tasted victory against, Dave Rennie’s Australia.

“That was a special day, before the game it was 18 to nothing for Australia, we had never won!”

Both Exiles excelled for their country on the day; Fischetti helping Italy to a 100% own scrum record as well as winning a scrum turnover penalty, also making eight tackles, whilst Morisi made the most tackles of any back in the game (10), additionaly assisting Pierre Bruno’s opening try.

Whilst the 28-27 scoreline hinged on a missed conversion attempt to a late Caderyn Neville, that wasn’t to say the final result wasn’t a deserved one, for the Italians knew a full shift against the Wallabies deserved the appropriate celebrations. 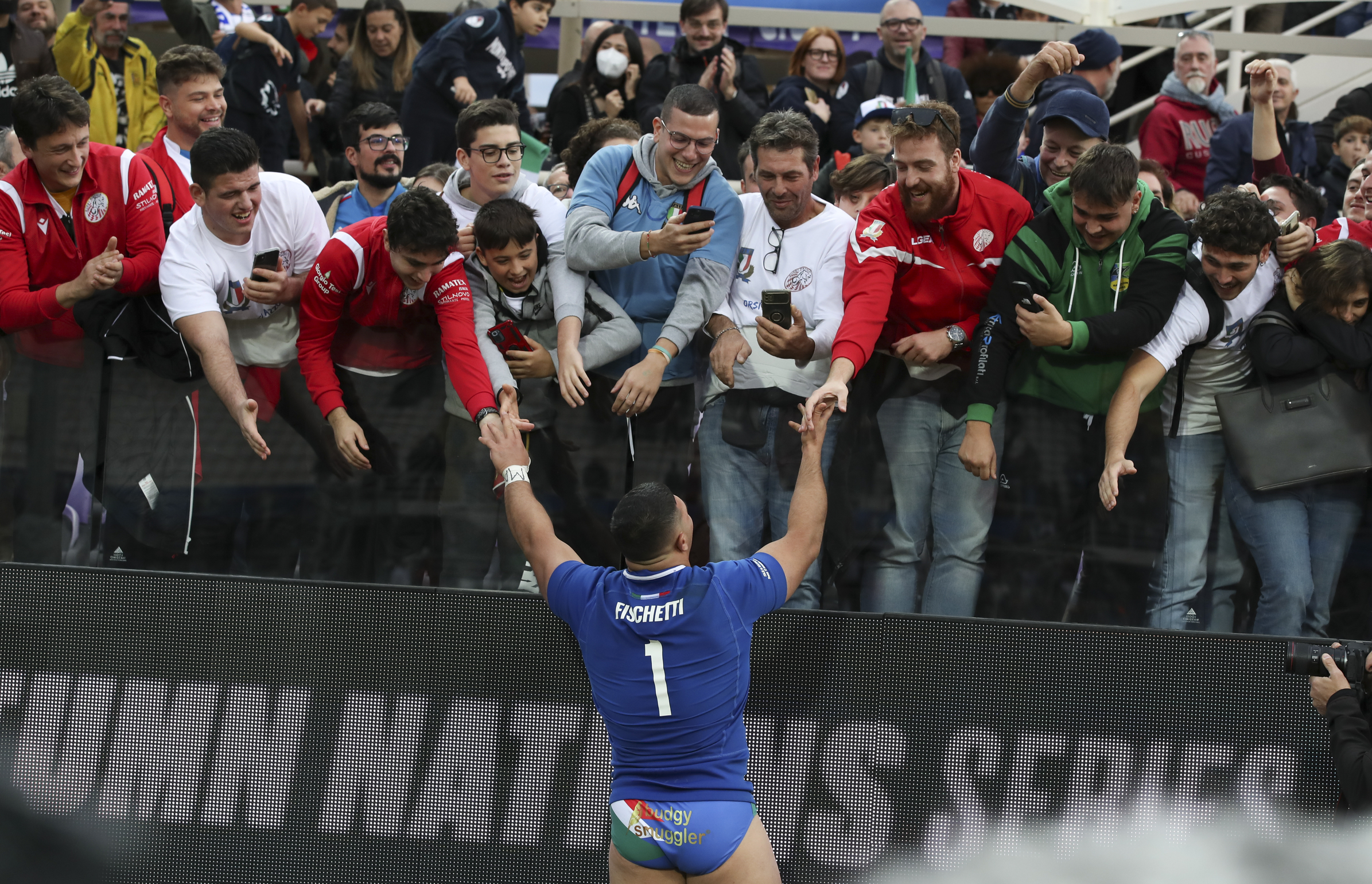 “When they had that last kick, I had to turn away because I didn’t want to see it!

“I had to ask my friends to tell me if they had the two points for them to win, but I turned and just saw the kick go out.

“The dressing room after, people had some beer, a few drinks were shaken and we had some pizza – what more could you want!”

Plain-sailing it wasn’t for the Mediterranean nation in the remainder of the 2022 Autumn Nations Series however, who next encountered the world-conquering, reigning Rugby World Cup champions South Africa in Genoa.

The Italians’ closing fixture of the November period was to finish in heartache, a heavy 63-21 reverse more specifically, but such results can instead be turned into moments of development for Fischetti and Italy, the prop recognised.

“Going out to play South Africa, we want to win every game, that’s the mentality we have.

“We know that they are the best team in the world in this moment, we played 50, 55 minutes on the top level, the score is so close at just two points.

“We played well for the first 10 minutes in the second half, but South Africa have their ability and habits to play on for a full 80 minutes.

“We lost the mindset with some specific things in the last quarter, that changed the game and they go on to win the match.

“We know as a team we can be better in those moments, it’s tough to get big results but we know what it takes to overcome teams as not the favourites.” 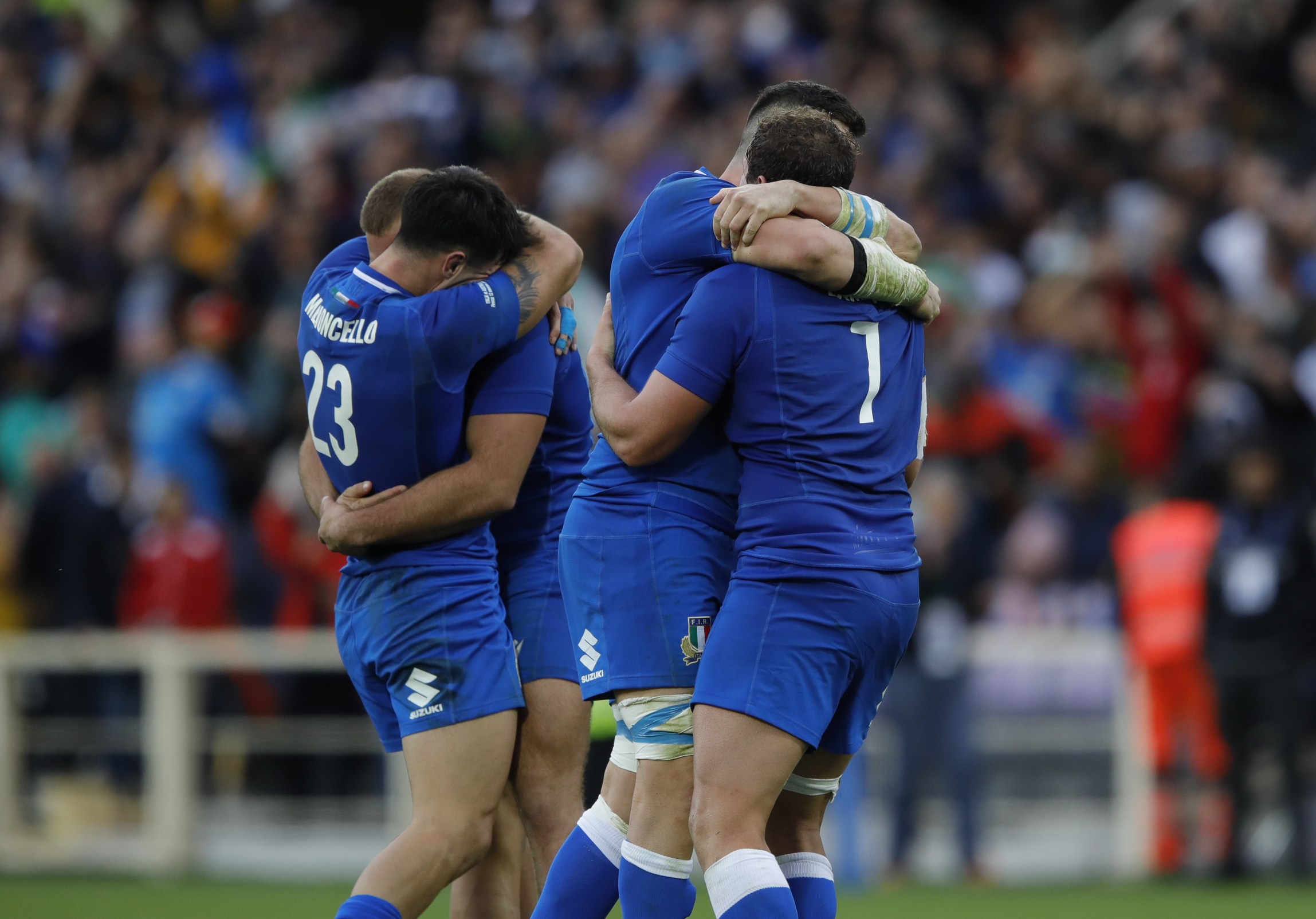 A belief that anything is possible on any given day with this new era of Italian rugby will serve as massive impetus ahead of what is set to be one of the most open Six Nations tournaments in years.

“As I say, we want to win every game, but sometimes the difference in seeing out games in the last 20 minutes against top sides is difficult.

“But we trust in how we have built in our team; the confidence is going up and we want to pick up more than just one win.”

But now, a six-week period of Club rugby awaits Fischetti and Irish’s Italian contingent before being able to don the royal blue jersey of the Azzurri once more.

With picking up points more of a preeminent factor for the Club in the coming weeks, Fischetti believes the positive work in Sunbury will come to fruition for the Exiles sooner rather than later.

“This week, we are coming to win because we need to for this Club, the work that goes on at the Club and for the supporters.

“Last week, we played well and the score against team like Tigers and Bristol Bears is very, very close.

“But we need to step up and be on top to win a game.

“We are working very hard for the weekends, if you see the training, it’s amazing.

“We push ourselves to more and more, and we will get the results soon.”