Being a 43-cap international doesn’t come easy for any player, with new Exile Api Ratuniyarawa no exception to that rule.

Today he still depicts an unwavering sense of personal gratification in pulling on the Fiji jersey over the past decade, making his debut back in 2012 against England at Twickenham Stadium.

Having competed in two Rugby World Cup campaigns for his home nation since then, the 36-year-old now stands as one of the veteran squad members and is tasked with building the squad culture for Vern Cotter’s side.

Ratuniyarawa explains what reaching what such a significant milestone means not only personally, but in the wider context of Fijian rugby.

“I’m really proud to go and represent my country, my people and my family and make memories,” the 36-year-old explains.

“I am a proud Fijian, and it’s an honour to give something to your country, especially when there is only one professional team there and there’s not many opportunities to see rugby.

“I reached 40 caps over the summer in the Pacific Nations Cup, that was nice because we don’t play as many games as Tier One nations through the year.

The feat in managing as many caps for Irish’s lock holds even greater weight, given that he only returned to the Fiji fold last November after a two-year sabbatical.

Ratuniyarawa, the 682nd Fijian international, remains effusive about still being involved in the international scene, with his place in the squad not guaranteed at the start of the recent World Cup cycle.

“It’s good to be back in the team because after the World Cup I wasn’t playing too often, it’s a privilege to play for them and the goal is to be there again for next year’s World Cup.

“All of these games we are playing are to build up to that, there are many young boys in the team now.

“I am one of the senior guys in the team, so I just need to lead by example in training, be role model for them and to get the young guys into our way of playing.” 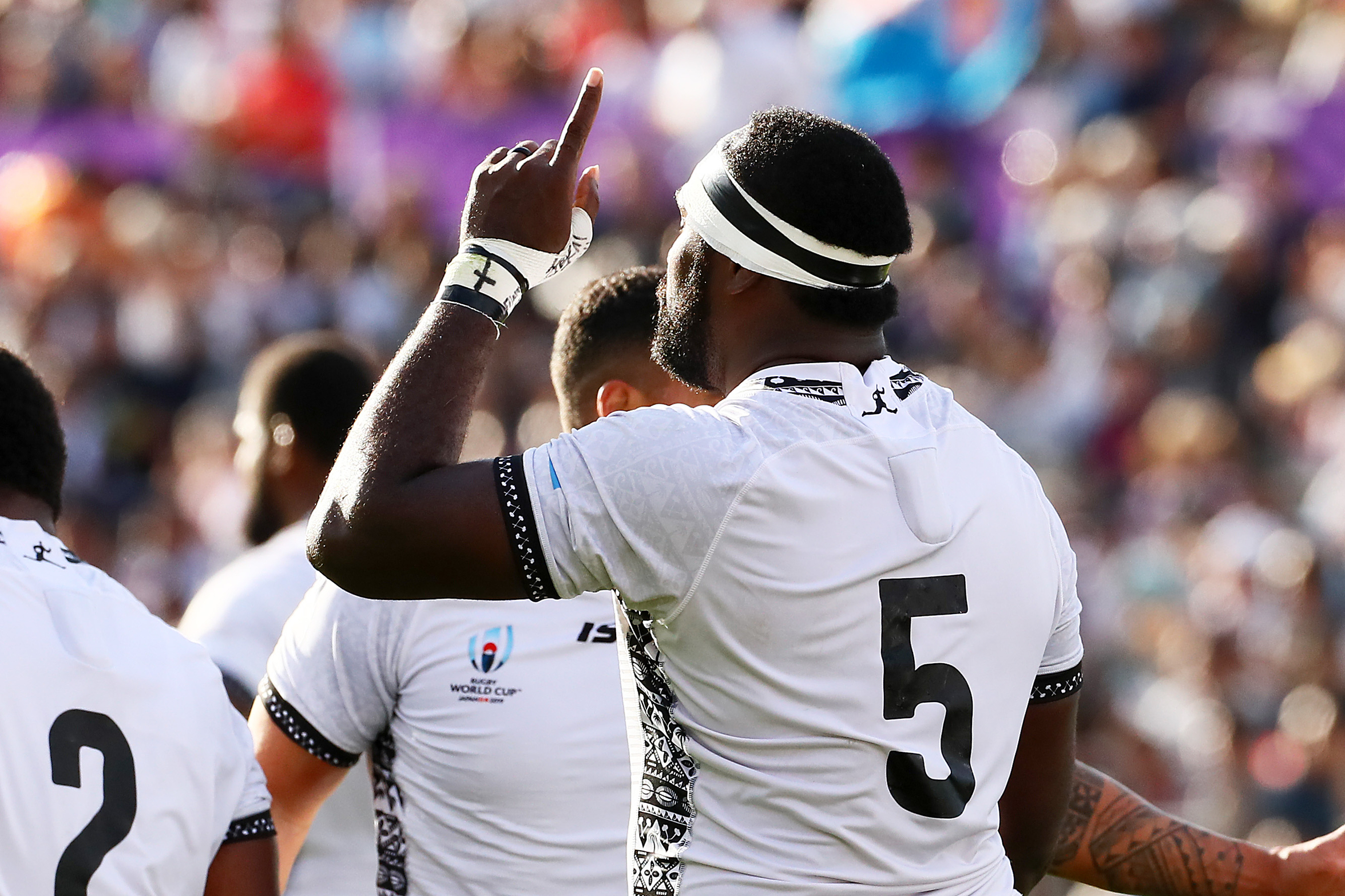 Conversely, it hasn’t been a plain-sailing autumn for the Flying Fijians – taking one win from three matches on their tour of the northern hemisphere over the past month.

Their final bow of 2022 was a triumphant one, winning 46-14 against a French Barbarians side at the Stade Pierre-Mauroy in Lille, succeeding losses against Scotland and Ireland.

Ratuniyarawa’s appraisal of his side’s recent form is one rooted in realism and determination, extracting the essential lessons and aiming towards next year’s meeting in France.

“For us as a team, there are lots of positives for us; the main aim for us to build towards the World Cup, we are fortunate that we had some good opportunities in this Autumn Nations Series to play against two of the best teams in Europe, Scotland and Ireland.

“There are many new faces in the Fiji team, so it was good exposure for those boys earning their first caps but there are lots of lessons for us to take from those games against Tier One nations.

“We started off really well against Scotland but we couldn’t finish it off, our discipline let us down and is something we need to address.

“There is potential in this squad, we have so many good individuals but coming together as a team will be important for us to have a good tournament next year.

“We have a few matches before we go to France, they are very important for us to build to that tournament in terms of combinations on the field and team culture off of it.”

Five debutants were handed their first appearances this November by Vern Cotter over the course of the 2022 Autumn Nations Series.

Introducing new faces to the aforementioned culture is a task Ratuniyarawa is now culpable, in his own words, in order to strike the best balance in the team ahead of an important year.

He expounded: “I think I do have a responsibility, as one of the old heads in the team the coaches want players like me to drive the standards for what we want to achieve as a team.

“We need to build a proper environment as the senior guys in the team, inside and outside of the camp, and the coaches can then concentrate on the rugby.

“I believe that is really important, it helps us when we get into games because we have formed a strong bond and connection in order for us to give our best for our country.” 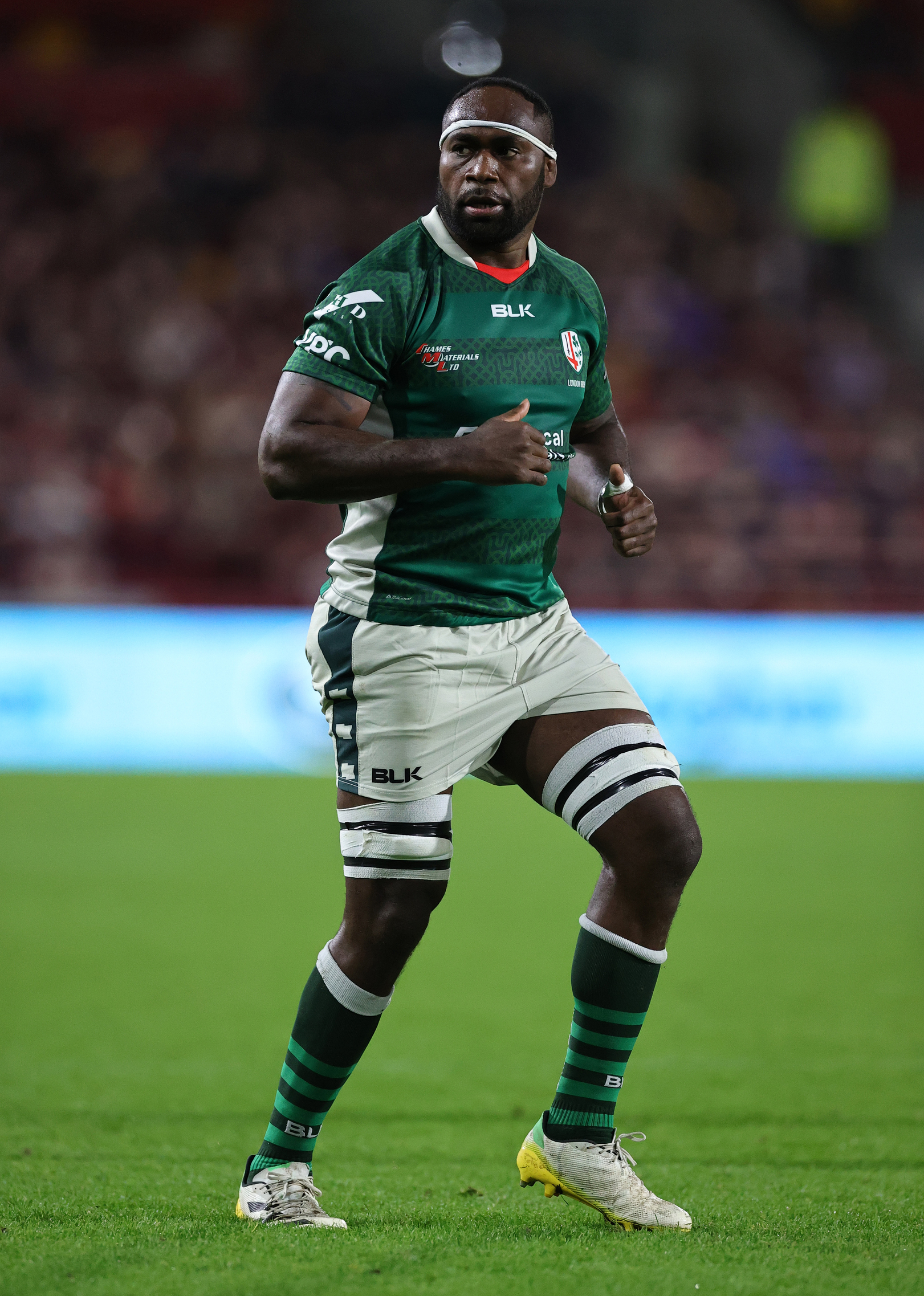 Despite being one of 10 new faces at London Irish over the summer, his role at a Club level differs little from his current experience with Fiji.

Ratuniyarawa makes up a group of experienced Exiles brought in to impart their learnings on the younger elements of the squad, and now lines up alongside Academy graduate and counterpart 14 years his junior, Chunya Munga, in the upcoming fixture against Leicester Tigers.

“I’m settling in well, the last few months have been good and I’ve been getting to know the boys and their ways of doing things.

“I’m getting more familiar with the team plays and getting things right for games like this weekend.

“We’re getting stuck in now in trying to get the team better and get some wins, on the road it’s been a tough run for us over the last few weeks and had some close results that could have gone our way.

“It’s pretty frustrating knowing the talent and calibre of the team and that we could be in a better position in the table, but once we get the wins and the confidence back I feel that it will push us forward as a team.”