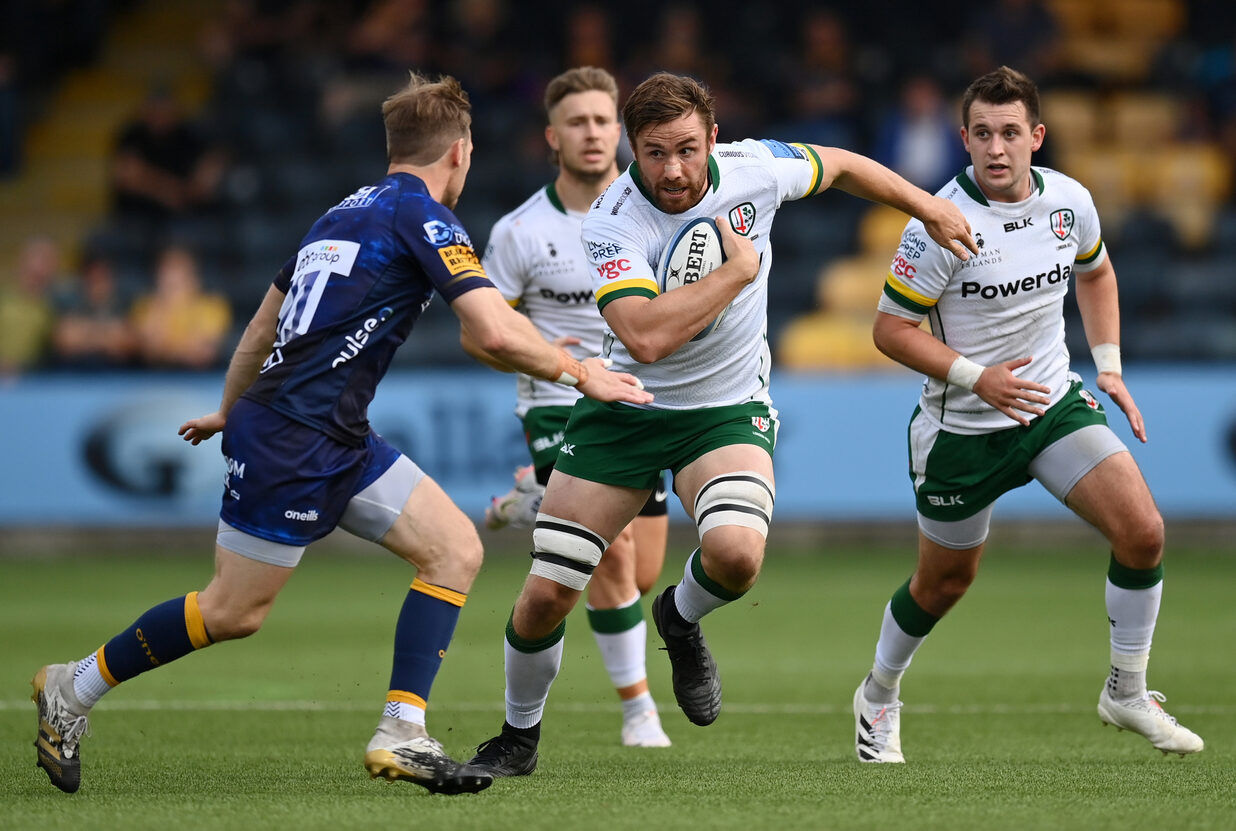 George Nott has spoken of his enthusiasm to begin London Irish’s European Rugby Challenge Cup this weekend against Section Paloise, admitting he will “savour every moment” during their journey to France.

In Round 10 of the Premiership, the Exiles continued their four-game winning streak in all competitions by beating Newcastle Falcons 43-21 at the Brentford Community Stadium.

The second-row forward disclosed the “really good buzz” at Hazelwood and is hoping the team continue their form in Europe.

“Within the last couple of years since I have arrived, we have developed a winning mentality and we go out to every game with the objective to win and that doesn't change for this competition," he said.

“You can see from our performances in the Premiership Rugby Cup that we’re going out to win in that as well - we’re not saving ourselves for anything.

“We’ve got a great opportunity to win away in Pau, which would put us in a great position going forward for the game the following week and in the group standings.”

Nott was keen to salute teammates Agustin Creevy and Kyle Rowe on their scoring efforts and hope their exploits will translate in the Challenge Cup.

“Usually when a hooker scores a lot of tries, they’re just cashing in on the end of a maul, but it’s not even that because Gus has got a real eye for the line, a real hunger for it.

“It's not just him, we have scored the most tries in the Premiership this year so far and they have come from all over. Kyle Rowe has come into the team, and he knows where the tryline is.

“We have an electric back three, but across the team we have a lot of quality and a lot of depth.”

As focus now switches to the Challenge Cup, a third different competition in four weeks for Declan Kidney’s men, Nott believes the allure of European competition under the lights at the Stade du Hameau allows players to find extra motivation amongst a busy schedule.

“It spices the calendar year up a bit," he said.

"Going back-to-back in the same competition can be a bit monotonous, but having these European fixtures are the ones you look for on the fixture list at the start of the season, particularly the France away trips.

“I know they won't be the usual trips, being in a bubble in a hotel and not being allowed to leave, but at the same time it’s something we all look forward to.

“There's something different about the atmosphere of a French stadium I think, it's quite exciting!”

Regarding the challenge that Irish face on Saturday night, Nott is of the belief to expect the unexpected on the big stage as they encounter a side with just one loss in their last four matches.

“It's not only the physicality that Pau’s pack will bring, but also the unpredictability as the only predictable thing about a French team is that they are unpredictable!" he said.

“You don’t know what you’re going to get, and it can be quite hard to train for that, but we are ready and we will try to dictate the game rather than allow Pau to let the game get chaotic.”

After making his debut in European competition for Sale Sharks against Munster back in 2015, the 25-year-old holds fixtures like these in high personal regard.

“The best word I can use to describe it is exciting because it’s new teams you may not have played against before and might not play against again - that’s why you can’t take it for granted," said Nott.

“We are going to Pau, and not only will this be the first time the boys have been to Pau, but it could be their last.

“You have got to savour every moment and enjoy it, whereas if you are going to a local team, you will have a chance again next year.

“It is very special, and there's something about the evening kick-offs in France, we know it’s going to be a great atmosphere.”