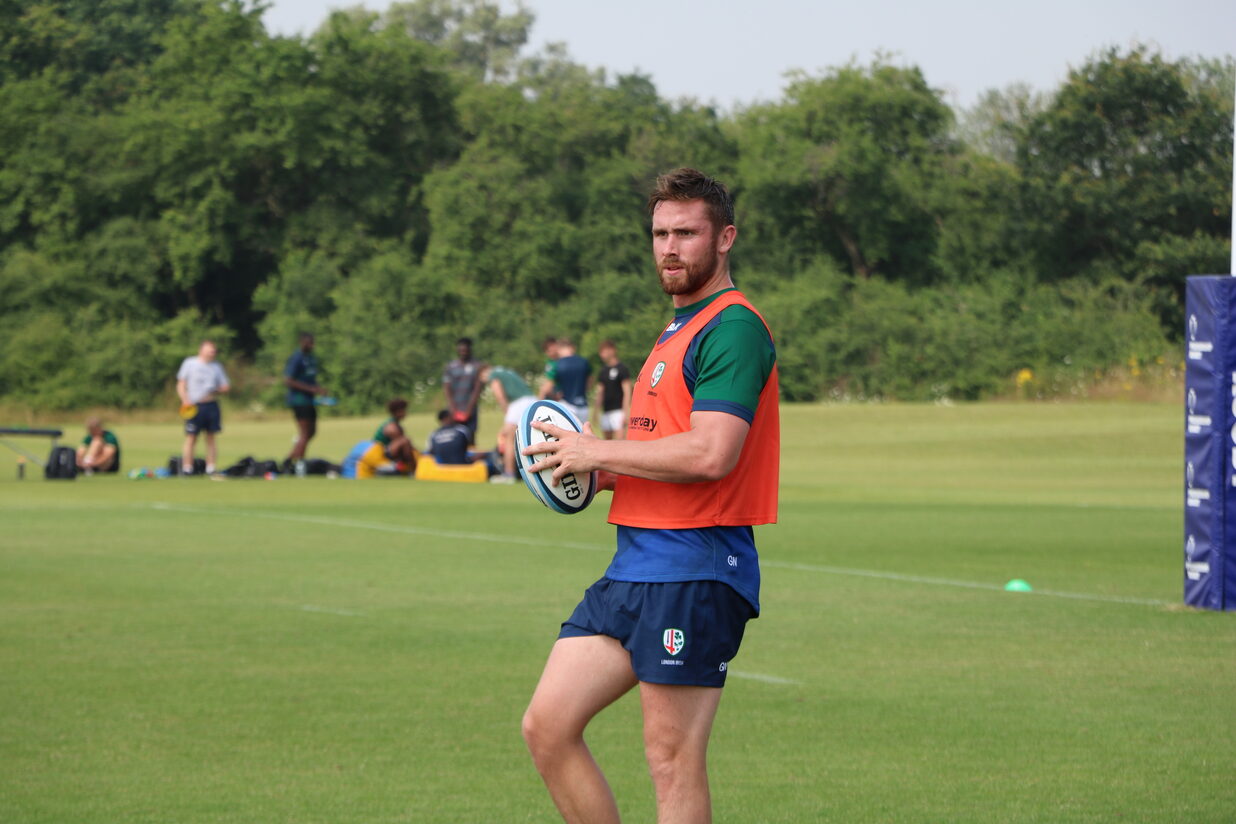 George Nott believes the ‘professional environment’ at London Irish lends itself to a positive pre-season campaign for Declan Kidney's side.

Speaking at the start of week four of the Exiles’ pre-season, which has seen the players undergo daily double sessions at Hazelwood, the 25 year-old spoke in glowing terms of how the squad have embraced the challenge of a taxing training schedule.

“We’re gradually progressing each week, but to be honest, all the boys came back in good nick” he said.

“We all worked hard in the off season, so there’s been good momentum since the first minute we returned really.

“We’ve managed to get a lot of good work done already, but there’s still a lot more to go!”

He added: “Pre-season and the mini pre-season we all did in the off-season is all about buy-in from the boys - and this group has embraced it.

“It’s a really professional environment here, it’s great, and all the boys are pulling in the same direction to get to where we need to be.

“We’re all accountable - everyone wants the same thing, to give our all in every session and keep on improving as a group ahead of the start of the season.”

Nott has praised the early impact made by the Exiles’ new signings - and believes their talent and character will aid Irish in the season ahead, as the countdown to the new campaign continues to gather pace.

“The new boys have settled in really well” he said.

“There’s a lot of talent in this group and the new boys have added to that.

“They’re not just good players, but they’re good lads too, and that’s important, to build the camaraderie and spirit within the dressing room as we approach the start of the season.”