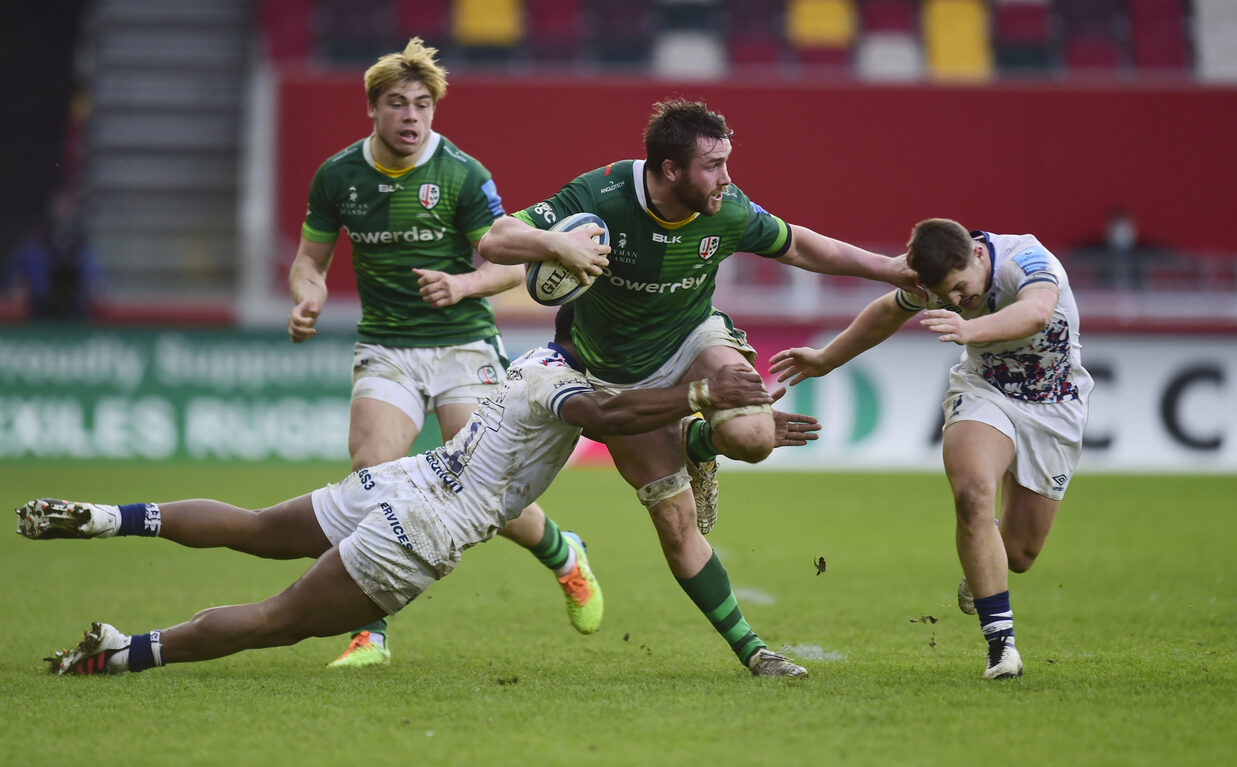 London Irish’s European journey continues on Friday, as they host Cardiff Blues at the Brentford Community Stadium in the Round of 16 (kick-off 5:30pm).

The Exiles head into the contest on the back of a 36-33 bonus-point victory over Bath Rugby and second row George Nott is hoping to take the squad’s form into the European Rugby Challenge Cup.

“We’ve proved domestically that we’re an improving team and now the challenge is for us to take that into Europe this weekend” explained Nott.

“It’s a competition we want to go all the way in if we can, although we know that Cardiff will provide a tough test on Friday night.”

The visitors, Cardiff Blues, are a Club steeped in domestic and European history, and Nott is expecting a close battle come the 5:30pm kick-off.

“They’re a good side and will have their own ambitions in this competition too, so we’re expecting a really keenly-fought game.

“We’re at home though and we’re really enjoying our rugby at the new stadium.”

“We are an ambitious group of players and when you get to the latter stages of a competition, of course you want to progress.”

For Season Tickets for the 2021/22 campaign, please click here.