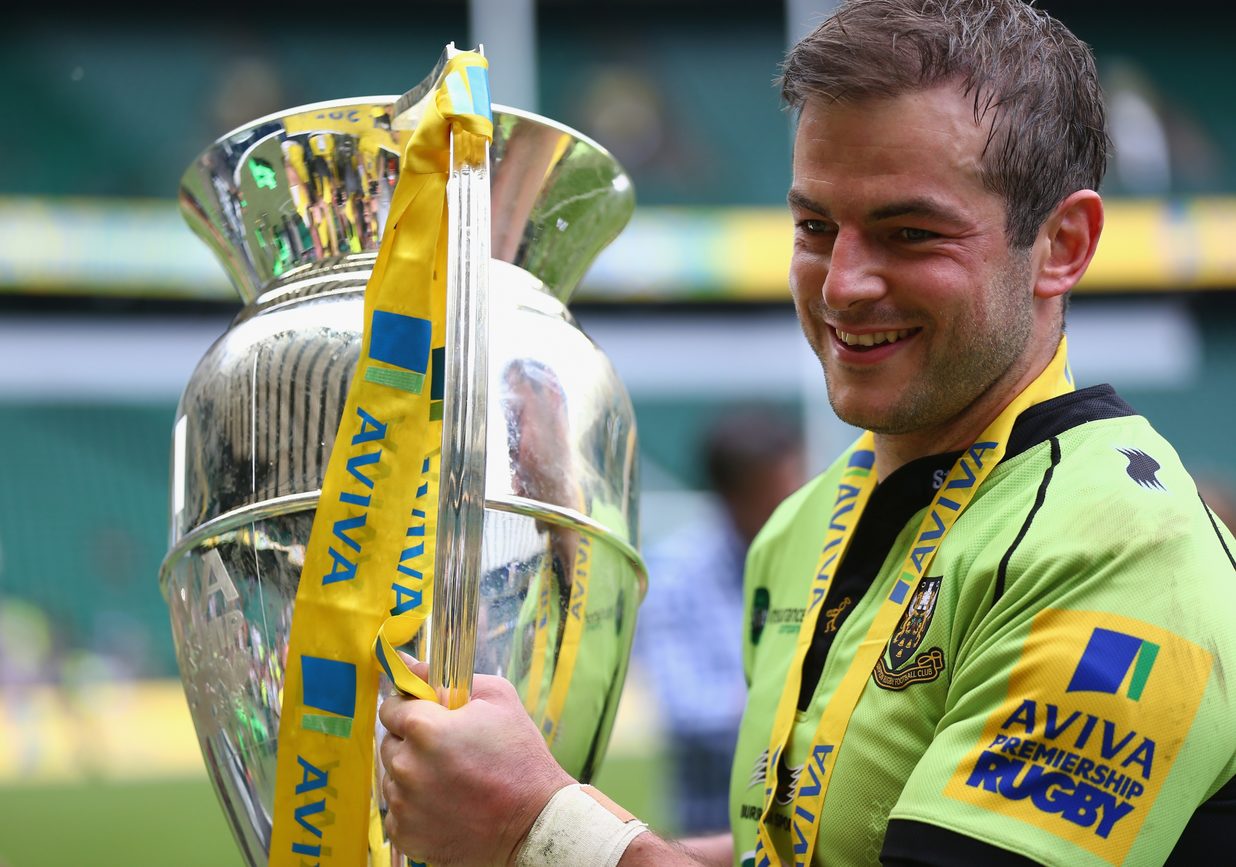 London Irish have signed experienced fly-half Stephen Myler from Northampton Saints ahead of the 2018/19 season.

Myler, third on the Premiership’s all-time list of scorers with 1,697 points, has played more than 300 times for Saints including a man-of-the-match display in the dramatic 2014 Aviva Premiership final triumph over Saracens.

A player for the big occasion, Myler has a 100% success rate with the boot in all major finals that he has played in for Northampton, kicking 23 from 23 attempts. Helping Saints to promotion from the Championship in 2008, the England-capped No. 10 kicked all the goals to guide Northampton to a European Challenge Cup title the following year as they defeated Bourgoin 15-3 at The Stoop.

Myler repeated the trick in 2014 as Saints did the double, winning both the European Rugby Challenge Cup and the Aviva Premiership, scooping the man-of-the-match award on each occasion.

Hailing from a famous rugby league family, Myler began his playing career in the 13-aside game and made 49 Super League appearances for his hometown club Widnes Vikings, prior to making the move to Salford Red Devils in 2006. His excellent kicking game coupled with an attacking flair soon came to the attentions of Northampton who secured a deal for the cross-code switch.

“I’m delighted to join London Irish, a club that is steeped in history and tradition and has the ambition to be back amongst the leading clubs in the Premiership,” said Myler.

“I thoroughly enjoyed my time at Northampton Saints and I’ve made friends for life, but the time is right for me to now embark on a fresh new challenge with London Irish.

“Everything about London Irish has impressed me and I’m looking forward to joining up with my new teammates for pre-season as we look to make an immediate return to the Premiership.”

Declan Kidney, the Exiles’ technical consultant said: “Stephen is a player who possesses a vast amount of experience, which will be important for us next season.

“He’s shown throughout his time at Northampton that he has composure during the big occasions and his influence around the training ground will help the younger lads coming through the ranks.”

The future starts now for London Irish, be a part of it with a 2018/19 Season Ticket. Find out more at www.london-irish.com/seasontickets