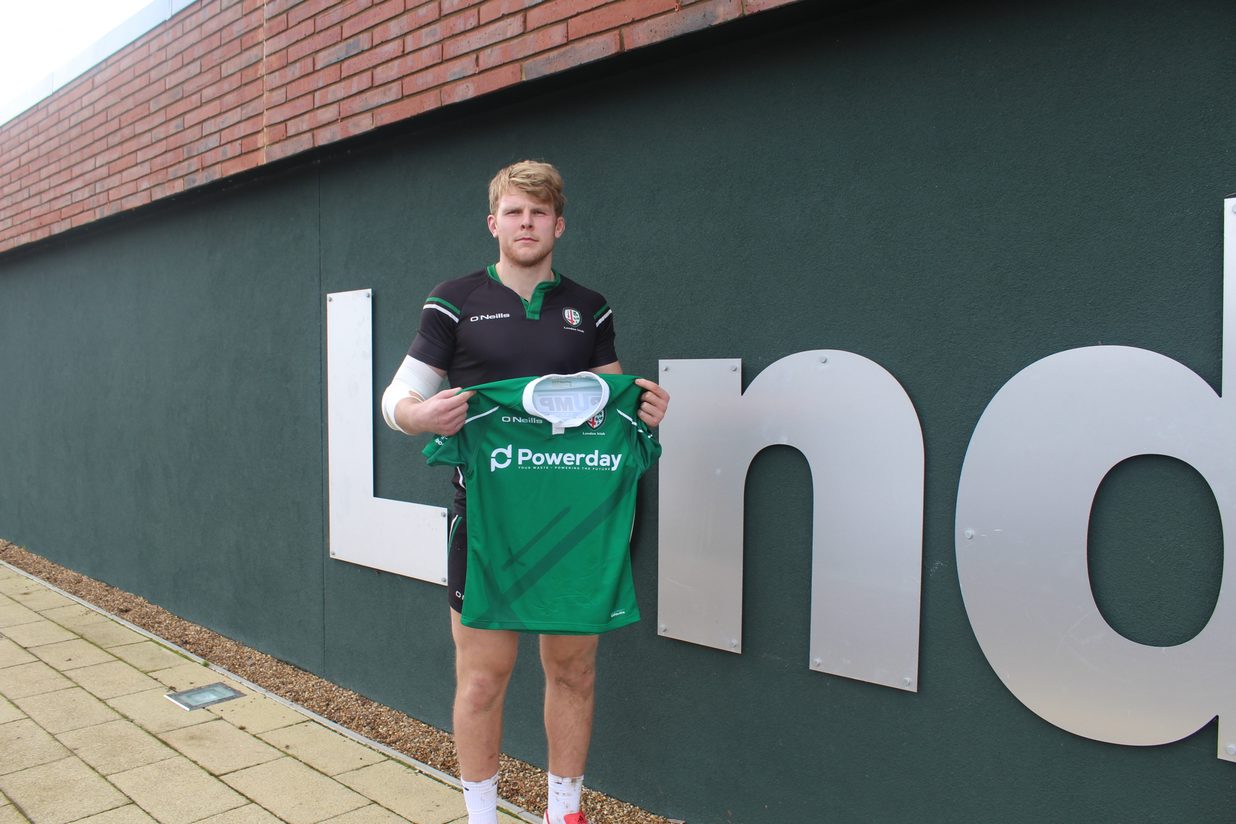 London Irish have bolstered the second-row with the acquisition of Josh McNally from London Welsh until the end of the season.

The 26-year-old joins Irish having spent more than two seasons at Old Deer Park including a campaign in the Aviva Premiership.

A Senior Aircraftman with the Royal Air Force, McNally has been released of his duty to play for the Exiles and could make his debut in this Saturday’s British and Irish Cup trip to Connacht Eagles (kick-off 2pm).

McNally has been an integral part of the RAF Rugby Union 1st XV for the last six years, which recently in 2015, won the Inter-Service Championship for the first time in 24 years.

Standing at 6ft 7” and tipping the scales at 19 stone, McNally was named in the Championship Dream Team following an outstanding 2015/16 season for Welsh, which saw the Hereford-born lock score four tries in 18 appearances.

McNally’s try against Cardiff Blues Premiership Select was the pick of the bunch, the score sparking an astonishing comeback victory as Welsh overturned a 22-point deficit in the last 19 minutes of the British and Irish Cup contest.

Scooping the 2015/16 London Welsh Supporters Club Player of the Season accolade, McNally went on to make seven appearances this term prior to his switch to Irish.

Whilst serving in the RAF, McNally has underlined his credentials as a quality second-row, representing the RAF in the inaugural International Defence Rugby Competition in Australia and New Zealand as well as playing for the Combined Services against the Barbarians in the prestigious annual Remembrance Day fixture in 2013.

“I really enjoyed my time at London Welsh and they gave me the opportunity to cut my teeth in the professional game which I’m hugely grateful for,” McNally told LITV.

“I’m really happy to be here – the facilities are absolutely amazing here and I’m looking forward to getting involved.

“Speaking to Nick Kennedy filled me with a lot of positivity and he made it clear that he wanted me here and wants me to progress at London Irish,” added McNally.

Revealing what he feels he can bring to the table, the assured ball-carrier said: “I’ve always liked attacking rugby and watching Irish this season, they’ve really put that in place and I believe I can improve that area of the game.”

Irish Director of Rugby Nick Kennedy said: “I’m delighted to welcome Josh to London Irish and we are looking forward to seeing him in action for the club.

“I’ve monitored Josh’s development closely in recent years, even before his move to London Welsh and he’s impressed me with a skill-set that will significantly improve the team.

“His composure, ball carrying and work-rate as well possessing both Premiership and Championship experience will be invaluable for us as we enter the second half of the season.”