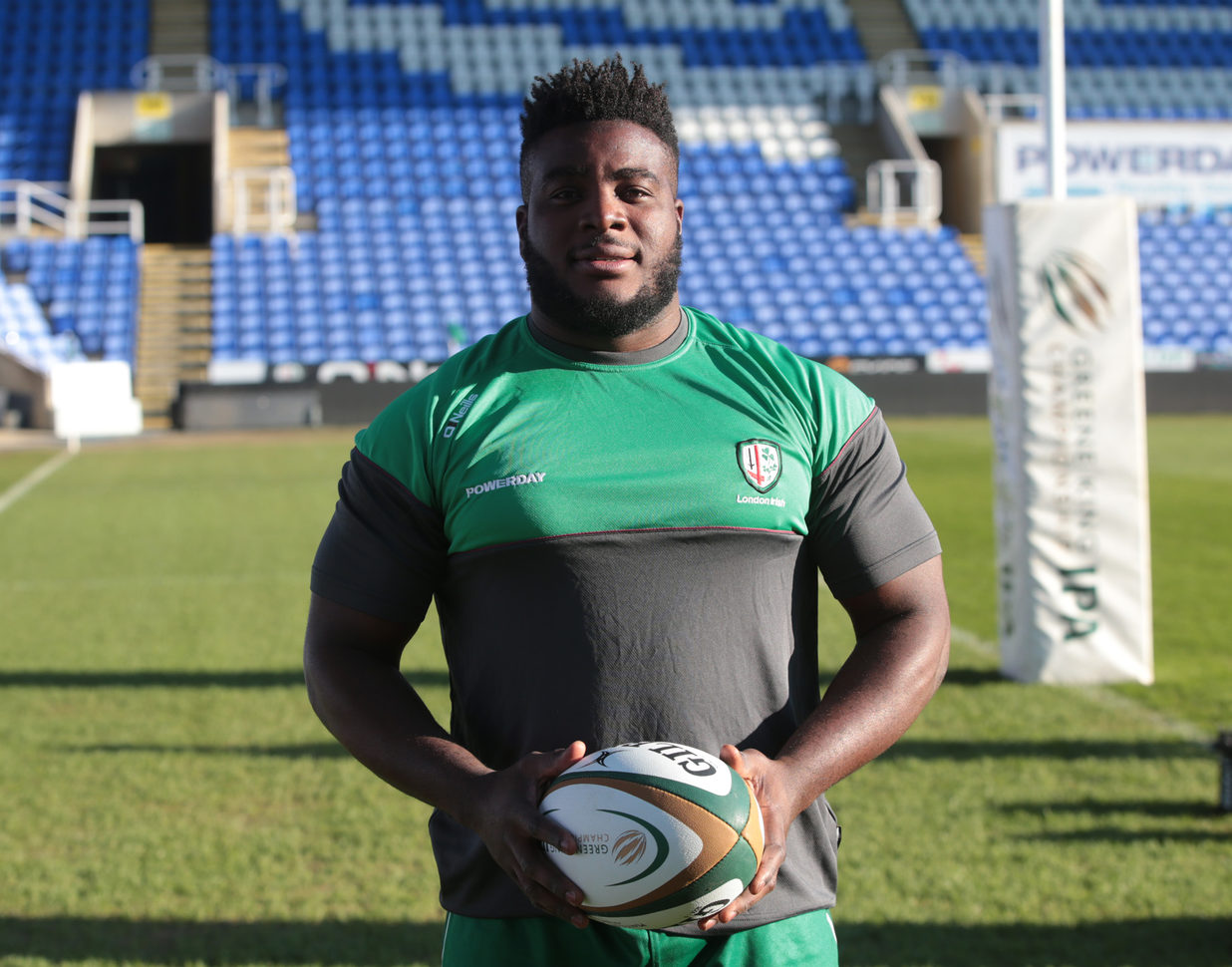 London Irish have secured the services of former England Students tight-head Lovejoy Chawatama from London Welsh until the end of the season.

The Zimbabwe-born front-rower, 24, joined Welsh at the start of this term and made 13 appearances for the club including a Championship outing against Irish back in October.

An aggressive dynamic ball-carrier, Chawatama stands at 5ft 10” and tips the scales at 18 stone, joining former Welsh teammate Josh McNally in the pack.

Arriving in the UK from his native Zimbabwe aged 15, Chawatama began his playing career at Beckenham RFC before making the switch to Bridgewater & Albion where his transformation to front-row forward was completed.

“I’m thankful to London Welsh for giving me the opportunity to play rugby at a high standard and I enjoyed my time there,” said Chawatama.

“My focus is now on doing well with my new club London Irish, a club that has big ambitions and I’ve been very impressed with the facilities at Hazelwood.

“The lads have welcomed me with open arms and there is a really good vibe within the club at present – I can’t wait to pull on the green jersey and show what I can do,” he added.

Exiles Director of Rugby Nick Kennedy said: “Lovejoy is an excellent acquisition and he really complements what we currently have in the forward pack.

“He’s settled in well to his new surroundings and it will take him a little time for him to get used to certain parts of our game.

“I’m looking forward to seeing him in action.”

Nottingham are the visitors to the Madejski Stadium on Sunday as the Championship campaign continues (kick-off 3pm). Tickets are available for the game by calling 0118 968 1016 or click here to book online.