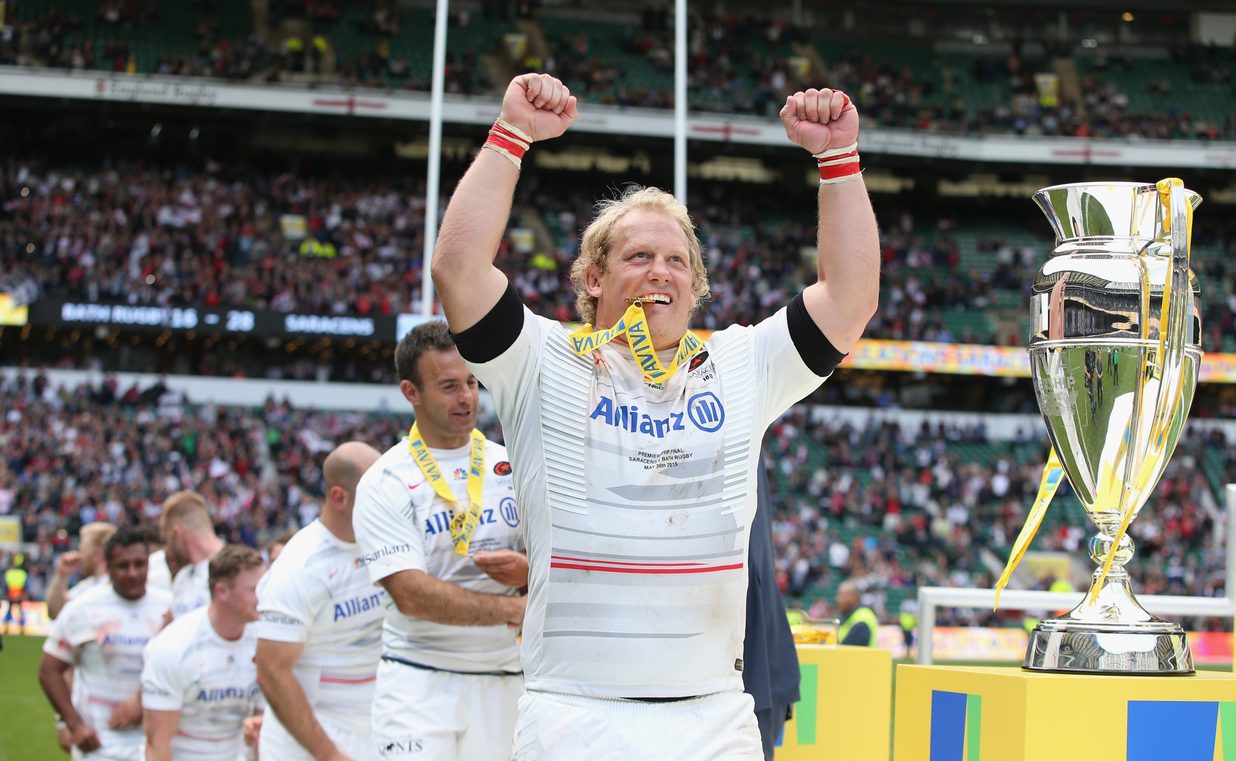 Petrus Du Plessis has agreed a deal to join London Irish ahead of the 2017/18 season.

The South African English qualified front-row joined Saracens from Nottingham in 2009 and has since made 158 appearances for the North London club. A firm favourite amongst the Allianz Park faithful, Du Plessis has gone onto become one of the finest scrummagers to grace the Premiership.

Playing at Saracens under current Irish Technical Director Brendan Venter, Du Plessis’ final game for the Fez Boys was as a second half replacement in a 28-17 Champions Cup Final victory over Clermont Auvergne in May.

Eager to embark on a fresh challenge with Irish, Du Plessis said: “London Irish is a club steeped in history and tradition and I’m really looking forward to pulling on the famous green jersey.

“The club has a very talented pack with a mixture of youth and experience which bodes well for the future, and I’m looking forward to getting stuck in.”

Delighted with his latest acquisition, Exiles’ boss Nick Kennedy said: “Petrus’ experience will be invaluable for us as we gear up for a return to the Premiership.

“Petrus adds to the experience that we currently have, but will also be important for the development of our young front rows coming through the ranks.

“I’m looking forward to welcoming him to the club this summer.”