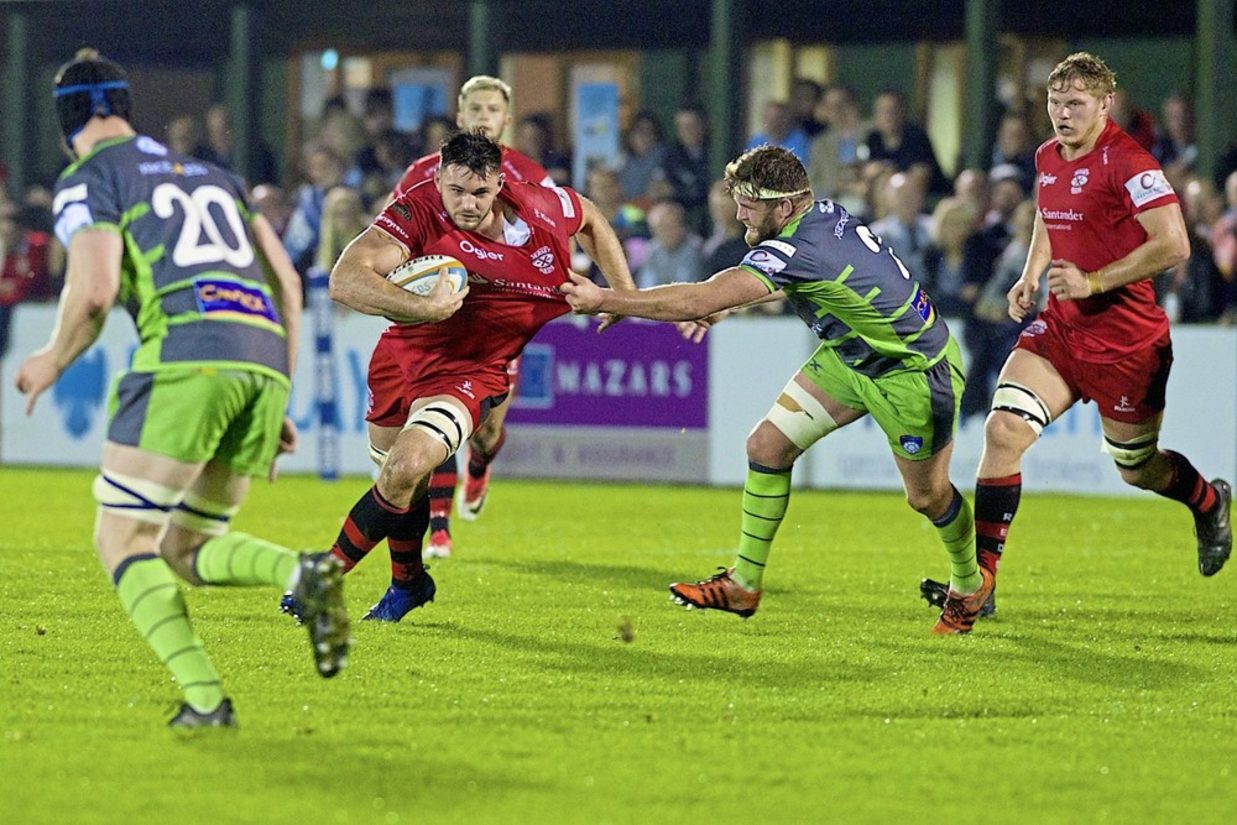 London Irish have strengthened their back-row options with the signing of Matt Rogerson from Jersey Reds for the 2018/19 campaign.

Rogerson, 24, played 22 times for the Channel Islanders last term, helping them to cement their place in the top six of the Greene King IPA Championship.

The back-rower, who is adept at either blindside flanker or No. 8, joined Sale Sharks in 2015 after graduating from Loughborough University where he made more than 50 National League 1 appearances. After two seasons with Sale, Rogerson joined Jersey and after a string of impressive displays this year, the Lancaster-born forward has earned himself a move to Irish.

“I’m delighted to have the opportunity to join London Irish,” said Rogerson.

“Jerry Sexton is part of the set-up at Jersey, and he’s spoken positively about London Irish and the world class facilities that they have at Hazelwood, which excites me.

“I’m looking forward to working with the coaching team at Irish and I’ll be doing everything I can to help the club return to the Premiership.”

Declan Kidney, the Exiles’ technical consultant added: “Matt will be a solid addition to the pack and we look forward to welcoming him to the club in the summer.”

The future starts now for London Irish, be a part of it with a 2018/19 Season Ticket. Find out more at www.london-irish.com/seasontickets.