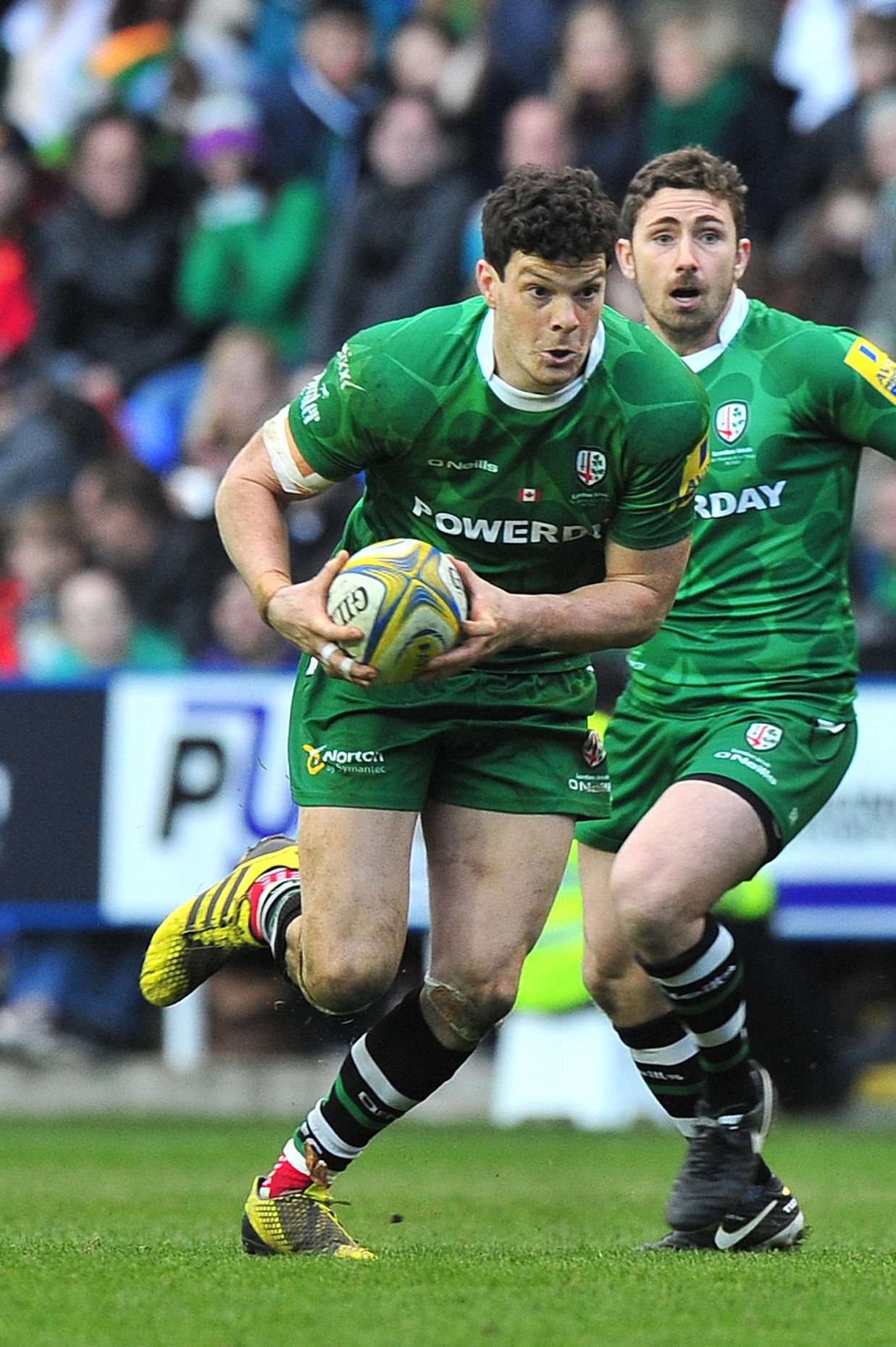 London Irish have secured the services of versatile back Ciaran Hearn for a further two years, the Canadian international penning fresh terms with the club.

Hearn, who can play at either centre or on the wing, has made 23 appearances for the Exiles since joining the club in 2015.

Featuring in every match for the Maple Leaf at last year’s World Cup, Hearn’s international exploits have continued this autumn with test match outings against Ireland, Romania and Samoa.

With 53 Canada caps to his name, Hearn’s experience, physicality and high skill level have all contributed to the Exiles’ record-breaking winning streak which now extends to 16 following last week’s victory at Richmond.

Delighted to commit his future to Irish, Hearn, who turns 31 tomorrow, said: “London Irish is a club with big ambitions and are building for the future which excites me.

“There is a good feeling within the camp at present and we will be hoping to end 2016 on a high with victory over Bedford Blues on Saturday.”

Irish Director of Rugby Nick Kennedy said: “Ciaran has all the qualities that we want at London Irish and I’m very pleased that he has extended his stay with the club. Being relentless is one of the three values that this proud club stands for and Ciaran fits into this mould perfectly.

“His experience will be vital as we enter the latter stages of the campaign and I’m looking forward to seeing more from him in the coming weeks.”

Tickets are available for this Saturday’s New Year’s Eve clash against Bedford Blues at the Madejski Stadium (kick-off 2pm) by calling 0118 968 1016 or click here to purchase online.