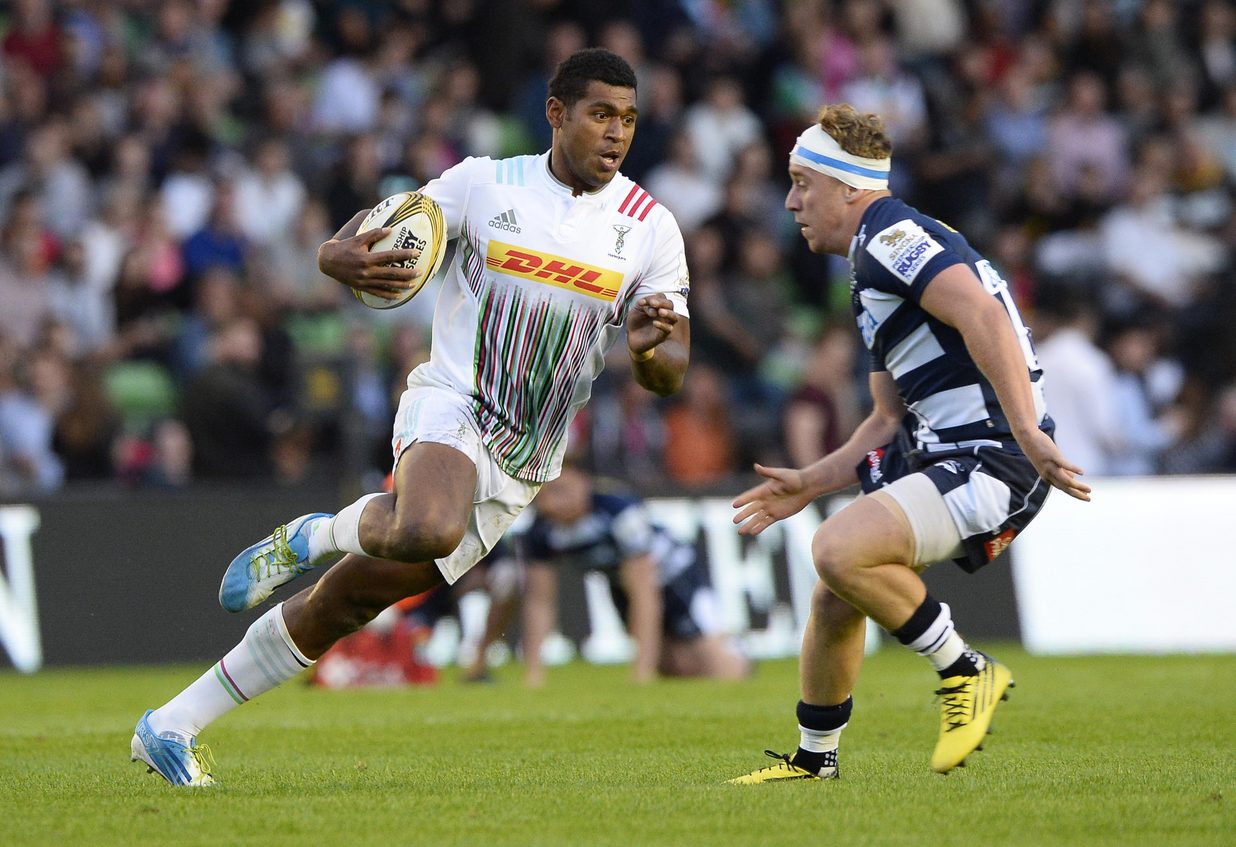 Sealing a permanent deal with London Irish is a ‘dream come true’ according to latest recruit Senitiki Nayalo.

The 25-year-old Fijian back-row put pen-to-paper on a two-year contract this week following a successful trial period which saw him play a key role in the pre-season victory over Harlequins at The Stoop.

A keen admirer of the 6ft 2” 18 stone Pacific Islander, Irish Director of Rugby Nick Kennedy has been monitoring the progress of Nayalo for the last two years having blooded him in a series of A League games.

Now part of the club’s future plans, Nayalo has wasted no time in acquainting himself with his new surroundings in the capital.

“AJ, the Team Manager and our Analyst James Molyneux took me into London to see the sights which was really good,” said Nayalo, who made the move to the UK aged 21 to pursue a career in the Army.

“They bought me an ‘I love London t-shirt’ so you could say I was a real tourist,” he joked.

Nayolo’s stock as a promising number-eight extends to experience in both the Singha Premiership Rugby 7s and the World Club 7s with Harlequins. Leading a nomadic rugby lifestyle in recent years, Nayalo is now looking forward to some stability with the Exiles.

“I have always dreamt of playing overseas and I’m delighted to be here at London Irish, a club that has big plans,” said Nayalo.

He added: “Hopefully I can give it my best shot here – everyone has made me feel really welcome here. It’s certainly a lot different from my time in Fiji and I do miss my family, friends and the weather.

“I have some good friends here though and I’m excited to see how things go.”

London Irish welcome Connacht Eagles to the Madejski Stadium on Saturday 22nd October (kick-off 3pm) in what will be the second round of the British and Irish Cup - click here to get tickets now or call our ticket hotline on 0118 968 1016.