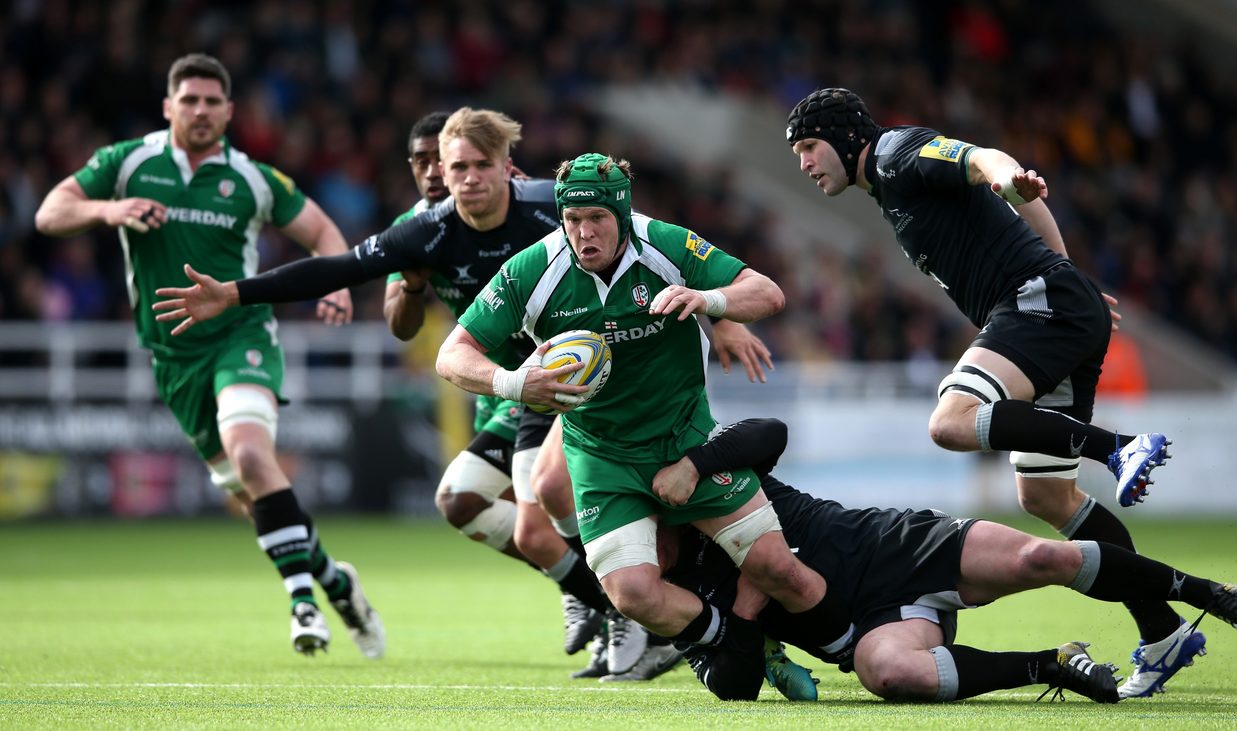 Experienced campaigner Luke Narraway is delighted to have committed his future to London Irish with the 32-year-old putting pen to paper on a one-year contract extension on Thursday.

Narraway, a lynchpin of the Exiles’ pack since his move from Perpignan in 2014, is now keen to help the Club hit new heights.

“I’ve had two great years at London Irish and I know some things haven’t clicked for us this season, but I have really enjoyed my time at the Club,” said the Worcester-born back-row.

“There are some great people at the Club and hopefully we can all work together and build on what we have with the ultimate goal of getting this Club back to where it belongs,” he added.

Local rivals Harlequins are the visitors to the Madejski Stadium in the penultimate Aviva Premiership game of the season next weekend, an Irish victory will take the Exiles’ survival bid down to the final day should Newcastle taste defeat at Saracens.

“We are not mathematically doomed and we have obviously got to win our final two games to stand any chance of staying up,” said the England capped forward.

He added: “Anything is possible and rugby is a funny old game – it wouldn’t be the weirdest thing to happen in sport. The derby next weekend is massive for us, and if we can get a win, we’ll take it down to the last day.

“I wish the game was this weekend – it’s going to be tough but if we approach the game in the correct fashion then there is no reason why we can’t get the win and set up a nervy finale.”

Whatever the outcome next week, Narraway is enthused by the long-term vision of the Club, saying: “We are going to fight tooth and nail for every point that we can get between now and the end of the season, but the long-term plans for the Club are great.

“The owners and everyone behind the scenes are good people and hopefully I can repay them next year with good performances on the pitch.

“On the field we have shown effort in abundance this season and that goes without saying. We just haven’t quite married it up with being clinical and taking our chances when we can. That’s why it hurts so much.”

A sea of green greeted Narraway and co on arrival at Kingston Park last week, with the skipper paying tribute to the loyal support.

He said: “It’s huge journey for our supporters to make going up to Newcastle and their support was unbelievable. I can only apologise and say sorry for not getting the win, but hopefully we can bounce back with a win against Harlequins.”

The new Membership scheme, which replaces the Season Ticket, is designed to reward the Club’s supporters and create a true sense of belonging, uniting the London Irish family as one Club. Click hereto secure your place for 2016/17 or click here to find out more.