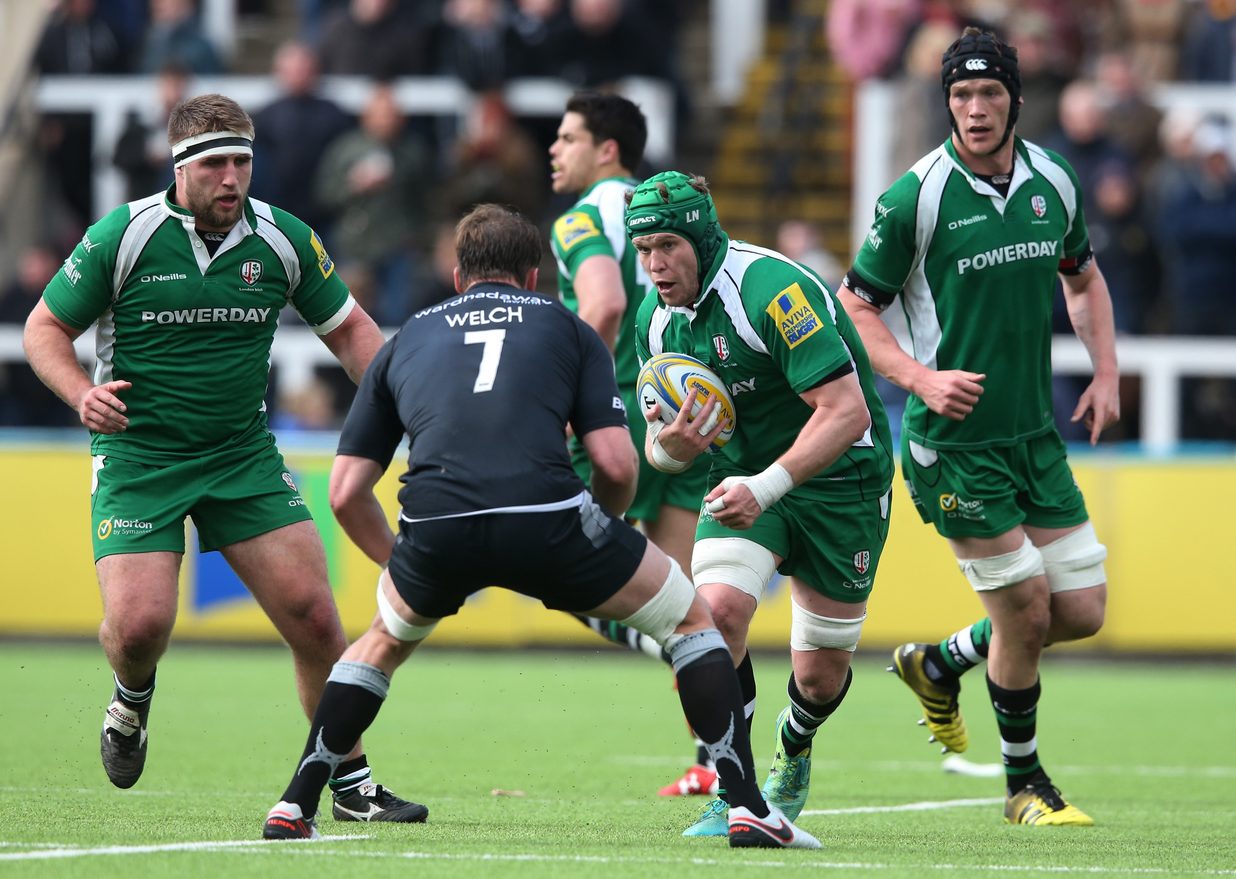 London Irish skipper Luke Narraway has vowed to fight tooth and nail for precious Aviva Premiership points as the Exiles prepare for next week’s visit of Harlequins before a final day showdown at Wasps.

The 32-year-old back-row, was keen to pay tribute to the ‘fantastic’ travelling support, who made the arduous trip to Tyneside on Sunday, and is itching to repay them with a performance in the two remaining games.

“I can’t thank the supporters enough for their fantastic support,” Narraway told the assembled media after his sides’ 13-6 defeat at Newcastle.

“There’s still 10 points to play for – people are going to write us off now, and it’s important that we come out fighting against Harlequins and Wasps.

“Our supporters turned up in their numbers and they greeted us on arrival with a guard of honour, waving their flags and banging their drums. I’m just really disappointed that we couldn’t get the win for them against Newcastle.

“Hopefully we can repay them by getting back on the horse and putting in a shift at home to Quins,” he added.

With people writing off the Exiles’ survival bid, Narraway insists his side have nothing to lose going into the Quins game.

He said: “We have a London derby on the May Bank Holiday weekend and everyone knows the history and tradition of the game with no love lost between the two teams.

“It will be our last home game of the season in front of our own supporters so there is everything to play for.”

Reflecting on defeat to Newcastle, Narraway was left to rue his side’s missed chances in attack, saying: “We thought we were good enough to win the game from that second half showing and I think if we had got over the line once, then we probably would have got over the line two or three more times but that’s been the story of our season.

“Inaccuracy and composure has cost us, and I think that’s down to the fact that we are lacking in confidence due to the pressure that the situation brings. As I said, there’s still 10 points to play for and until it’s mathematically impossible we will continue to fight for survival.”