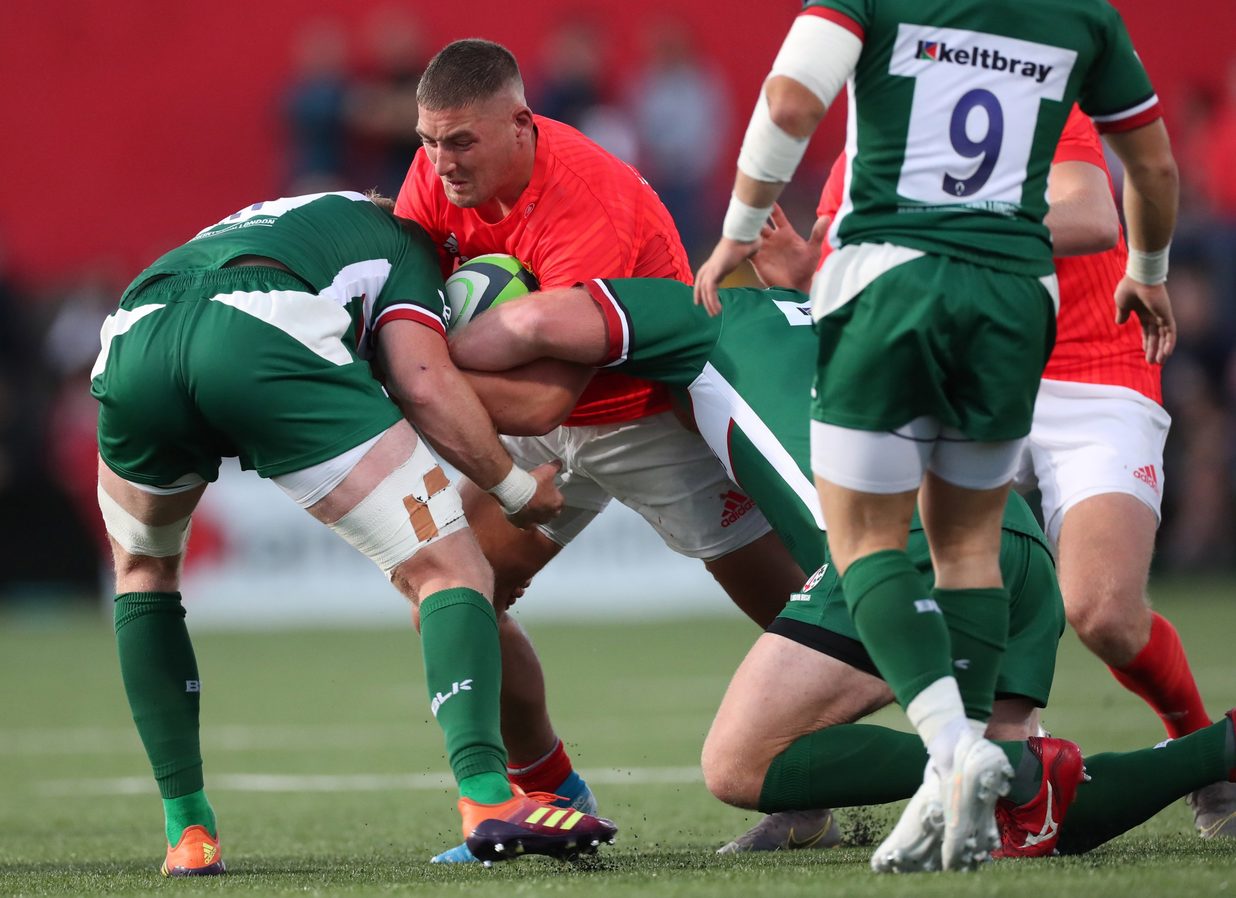 Munster prevailed 45-5 to take the honours in the Jack Wakefield Memorial match at Irish Independent Park this evening.

The match really was a tale of two halves, with the hosts running in six second half tries to record a comfortable win in the end, having only led 7-0 at half time.

Both sides used the contest to give members of their squad plenty of game time, and there will be plenty to take away for London Irish leading into the Premiership Rugby Cup next weekend.

Munster started the match the brighter team with plenty of early possession, but were nullified on every occasion by resolute defence from Declan Kidney’s side.

Tom Parton was heavily involved defensively with Munster’s fly half and captain, Tyler Bleyendaal, bombarding the returning Exiles full back with plenty of high balls. Parton was up to the job taking everything that came his way.

Dan Goggin scored the only try of the first half after 21 minutes as he found himself on the end of a good pass from Bleyendaal and showed good strength to dot down in the corner. Bleyendaal added the difficult conversion to make it 7-0.

Rory Brand was at his elusive best around the breakdown, sniping to good effective to put Irish in great attacking positions, it didn’t however amount to any points.

The Exiles had their best chance of the half three minutes before the interval, a sold driving line-out from the pack laid the foundations, and when the ball was spun wide a fortuitous kick from the boot of Curtis Rona to the corner was fumbled forward by Ollie Hassell-Collins and it remained 7-0 to the home side at the break.

Munster scampered over for their second try of the match two minutes after the restart. Jack O’Sullivan threw a dummy with an overlap outside him to sprint away to score. JJ Hanrahan added the conversion to stretch the Munster lead out to 14-0.

Irish battled to stay in the contest and crossed for their first try after 47 minutes. Matt Williams, on as part of the second half team, collected a Jacob Atkins high ball in the hosts 22 to dive over for a try.

Goggin had his second and Munster’s fourth just as the game approached its final quarter. A JJ Hanrahan kick was contested by both sets of players but was not taken and fell nicely for Goggin who gathered and set on an arching run for the corner.

Hanrahan missed the resulting conversion but powered over from two yards out for a try of his own just minutes later, after great work by the Munster loose forwards, to increase his side’s lead to 31-5.

Diarmuid Barron bundled his way over from a yard out to make it 38-5 with Hanrahan’s conversion, before Liam Coombes completed the scoring with a runaway try. The referee blew the whistle with the the final score 45-5.

London Irish will now head back to Hazelwood to prepare for next Saturday’s Premiership Rugby Cup match against against Gloucester at Kingsholm.