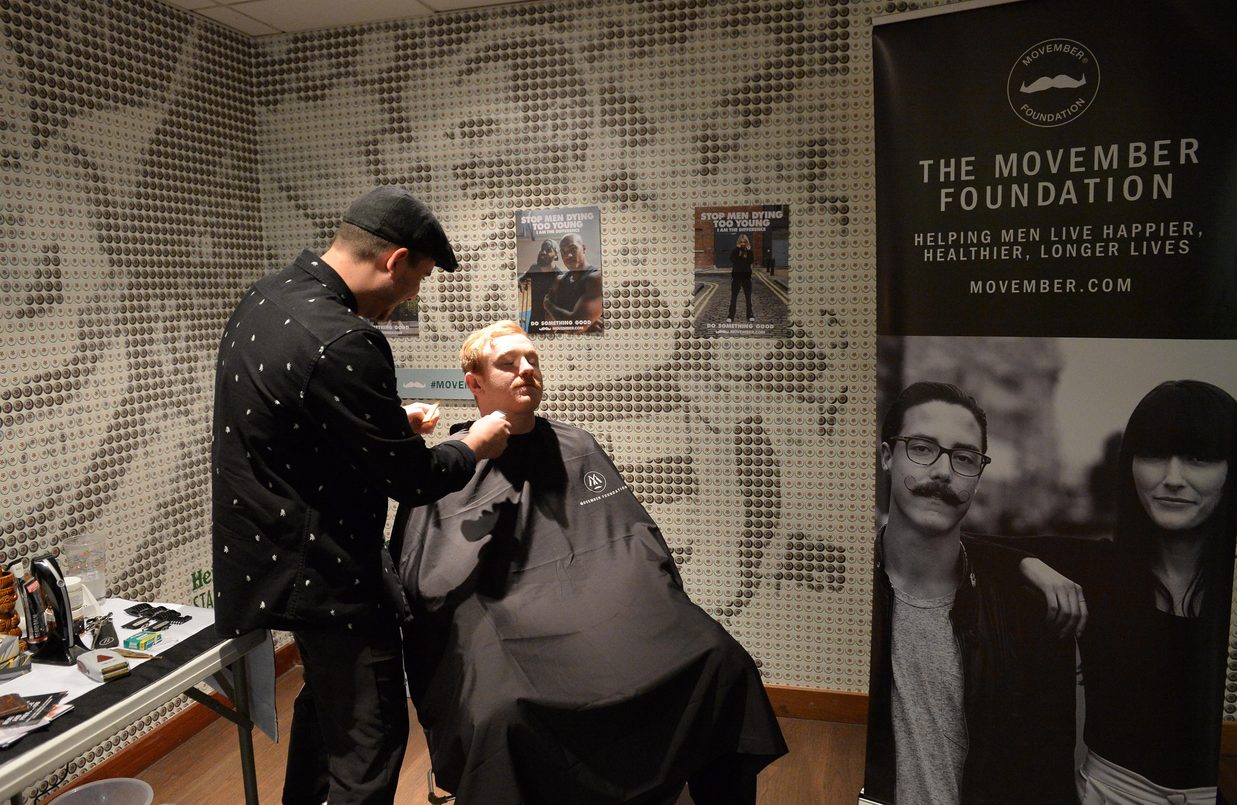 London Irish talisman Franco van Der Merwe is delighted to be spearheading the club’s Movember campaign as the South African and his teammates look to raise awareness of men’s health.

The 35-year-old has been made the Exiles’ Movember captain, with the second-row honoured to be leading the campaign.

“I’m proud to be leading the way for Movember on behalf of London Irish this year,” said van der Merwe.

“A couple of the lads are already doing their best, with the likes of Harry Elrington, Danny Hobbs-Awoyemi and Sebastian De Chaves all growing beards for the cause.

“I think there’ll be a few interesting moustaches and beards at the end of the month. We just hope to raise as much money as we can for this special cause.”

Since its inception in 2003, the Movember Foundation has become a global phenomenon with more than five million people worldwide supporting the cause over the last 15 years.

Van der Merwe, his teammates and members of the coaching team will be sporting moustaches and beards throughout the month of November in support of the foundation, which has helped fund 1,200 innovative men’s health projects across more than 20 countries.

The Movember Foundation focusses on prostate cancer, testicular cancer, mental health and suicide prevention, with all money raised going towards game-changing projects that encourages men to become more aware of their health, talk more with friends and be more active in improving their health and wellbeing.

London Irish will donate £4 to the Movember Foundation for every replica shirt sold during the month of November. Replica shirts can be purchased here www.londonirishshop.com/product-category/official-kit .

“It’s vitally important that we raise awareness of issues such as testicular cancer, prostate cancer and mental health in order to encourage more men to talk about these issues,” said van der Merwe.

“My wife said she quite likes my moustaches so far and she knows it’s for a good cause - it’s only for four weeks and she’s happy to support a good cause too.”

Throughout November we will document the progress of those lovely moustaches and beards on our social media channels, while the players will also showcase their new look on their own platforms.

The Championship Cup fixture against Bedford Blues at the Madejski Stadium on Sunday 25 November will be dedicated to raising money for the Movember Foundation, with a number of activities taking place in and around the ground during the day (kick-off 3pm).

London Irish raised £8,468 last year, the club itching to beat that total this year round.

Supporters can join up to the London Irish Movember team or donate here  https://uk.movember.com/team/2285265

Tickets for the game are available by calling 0118 968 1016 or visit ticketing.londonirish.net to book online.