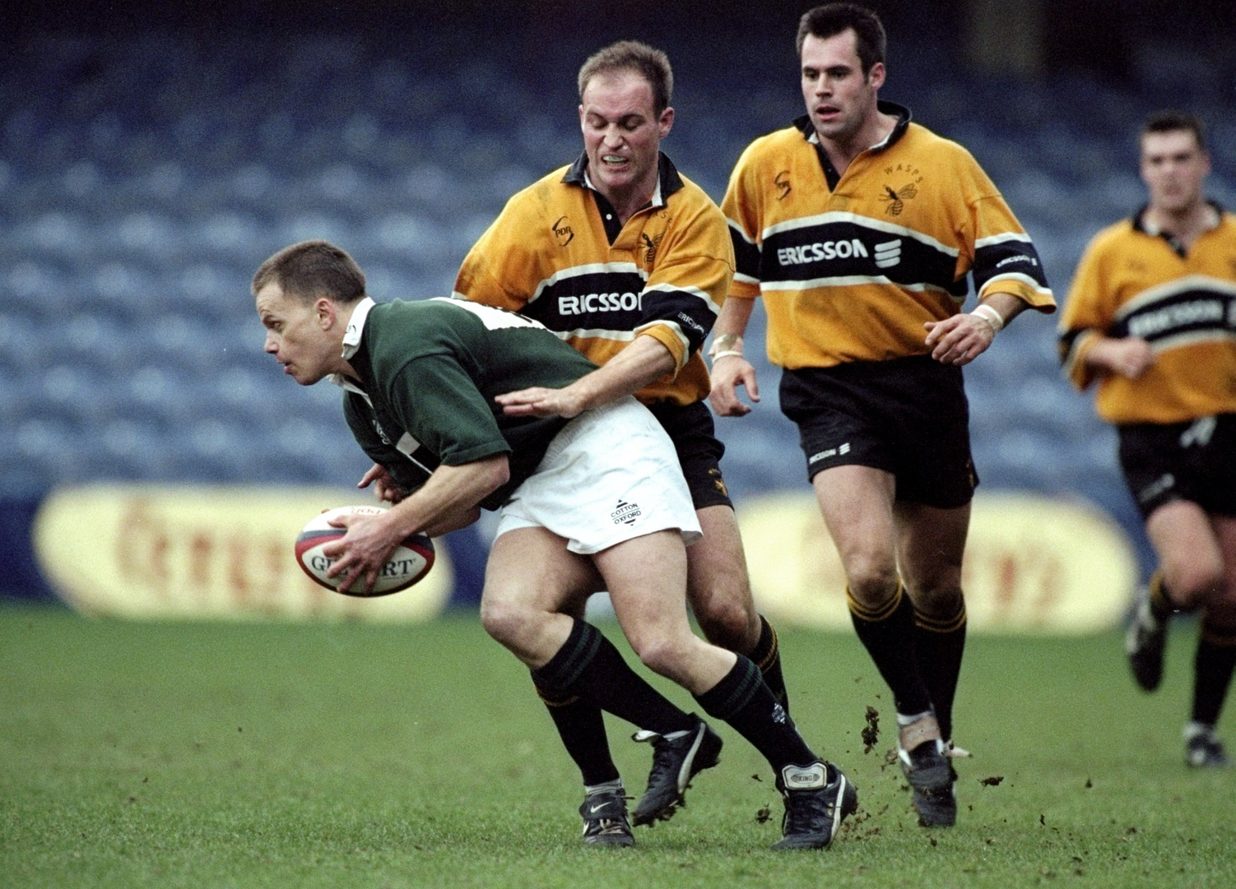 London Irish can confirm that the Motor Neurone Disease Charity has been selected as the official charity partner for game two of Cunningham Duncombe Series.

The Cunningham Duncombe Series is named in memory of former London Irish fly half Jarrod Cunningham and former Harlequins scrum half Nick Duncombe. The two sides will play each other at The Stoop on Friday 25th September and Friday 2nd October; both fixtures will kick-off at 19:45.

The second match at The Stoop, London Irish’s home match, will see bucket collections taking place for the disease that took the life of London Irish legend Jarrod Cunningham.

Today in the UK, five people every day will sit in a hospital clinic and learn the devastating news that they have motor neurone disease.  In that instant, their world, and the world of their loved ones, is shattered.

Motor Neurone Disease (MND) attacks the nerves, leaving those affected unable to walk, talk, eat and ultimately to breathe. It usually progresses rapidly and there is currently no effective treatment or cure.  One third of people with MND lose their life within 14 months and over half within two years.

Despite five people being diagnosed with MND every single day, it remains a little-understood condition. A diagnosis of MND is extremely frightening, leaving those affected unsure of what to do next and where to turn.  Without the right support, they can be left feeling fearful, isolated and alone. At the same time, because many people with MND can deteriorate so quickly, it is even more important for them to get the support of specialists in a range of areas as soon as they need it.

Ben Sharpe, Senior Corporate Fundraiser at MND, said, “Our wide range of local services means we can provide emotional, practical and financial support at each step of the way, as soon as it is needed. People with MND haven’t got the time to wait for this kind of support.

“Working with London Irish as the official charity partner for this match gives our organisation great exposure and will allow the Club’s audience to find out more about what we are doing. We invest in research that will help us revolutionise understanding of the disease and develop treatments to bring hope for the future.”

Glenn Delaney, who was a teammate of Jarrod’s said: “Having spoken to Jarrod’s father, Milton to get his support, this match is a great way to remember a much loved and missed friend and teammate. We are delighted to have MND on board for this match to support the great work they do.”