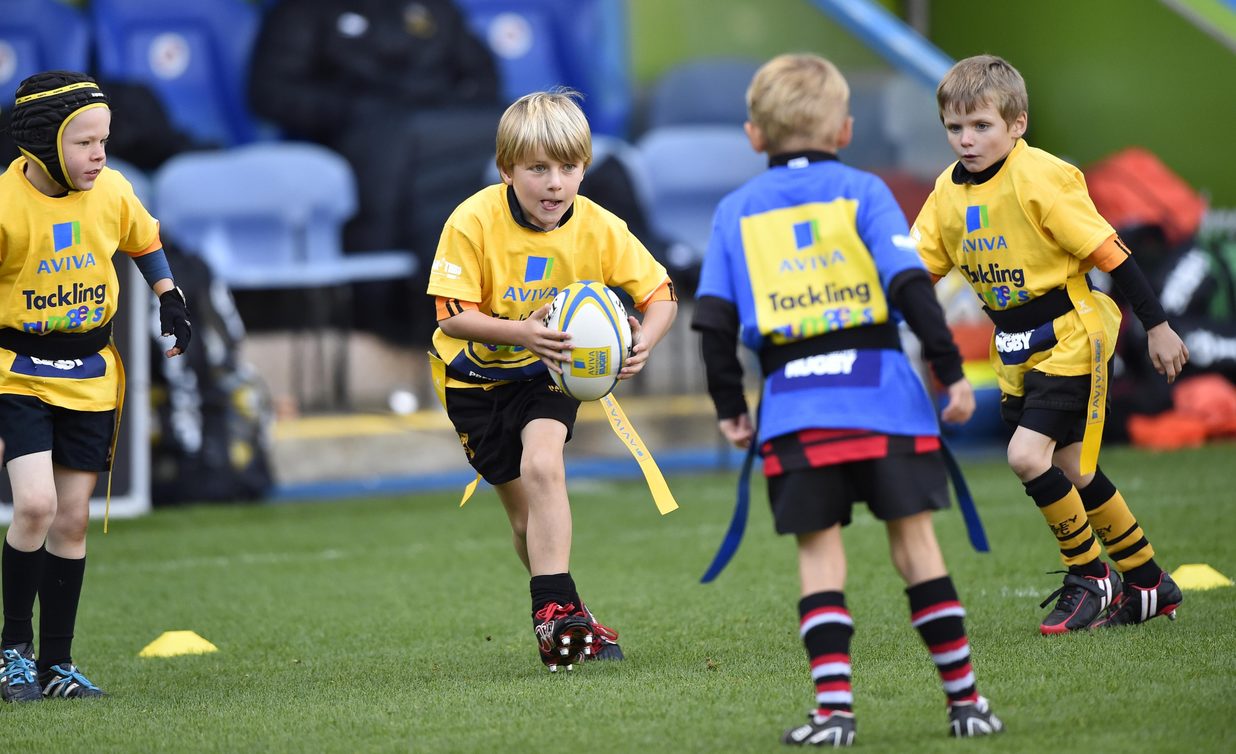 The hallowed Twickenham turf will host the great and the good of Aviva Premiership Rugby during this year’s London Double Header, and the next generation of stars could also strut their stuff on the biggest stage of all.

The opportunity is open for this coming 2017/18 season’s under-7, under-8 and under-9 age groups to take part in a Tag Rugby Festival acting as an introduction and revisit back into rugby before the new season begins.

This festival will also provide 32 teams, across the three age grades, with the chance of playing on the Twickenham pitch at half-time of one of the fixtures.

Alongside the Festival, there is also an opportunity for the under-11 to under-15 age groups to take part in a Premiership Rugby Coaching Clinic.

Wayne Morris, Premiership Rugby’s Community and CSR Director, said: “The important thing for us is to utilise some of the special occasions that happen in rugby, like the London Double Header, to get the grassroots game involved in the event.

“Through the day the young people involved in the Festival are going to get exposed to some really high-quality coaching, with coaches coming from the two home clubs that are involved in the day.

“And then a lot of those players are going to get to go out onto the hallowed Twickenham turf and play in front of 60,000 plus people – it’s something they’ll never forget.”