It has been an unrelenting start to the season on all fronts for London Irish, with the Academy arm of the Club being no exception to that rule.

Weekly involvements in age-grade rugby as well as at a senior level in loan action, the Premiership Rugby Cup and the first team side has seen Patrick O’Grady’s operation as the Academy Manager continue strongly into another campaign.

Six months on from his last review of the Academy, O’Grady offers insight into how the junior side of the Club is shaping up entering into 2023.

“The biggest thing we have tried to do is focus staff on particular areas of the Academy, and develop the resources we have to give the provision and support to the players in ways they need to develop,” the Academy Manager explained.

“That’s allowed staff to concentrate on their specific role within the Academy, James Lightfoot Brown and Jonathan Fisher are very much focused on the Senior Academy whilst also keeping an eye on the under-18s coming through and working with their coaches.

“That has freed Jack Pattinson up to take a real lead on the under-18 side of the Academy, he has had a massive influence with his organisation and has been able to dedicate his time to that cohort of players aged 16 to 18.

“The biggest thing that has changes is our multi-disciplinary approach to everything from Strength & Conditioning, physiotherapy, psychology and coaching, that is all coming together for that bracket of players at under-18 level.

“That’s where I feel like we are going to get our big results in the next two to three years.”

“It’s great that we have a school programme with Bishop Wand that we can use to our benefit and the players’ benefit.

“We have the ability to manage boys at certain times of the season in allowing them to focus on their Strength & Conditioning and rehab, and we can rest them so they are able to perform at the right time in the season around England under-18 camps and the Academy League.

“Through our programme, the coaches have regular contact with the players throughout the season, and ultimately we can maximise their personal development that way.

“It was a mixed bag across the season from an on-field performance point of view, but the trend was continually upwards as a group.

“Now we are working the programme even more in our favour as an Academy, I think the rewards will soon translate to the performances of the Academy League.”

The next stage of progression to representing the London Irish jersey is indeed the Premiership Rugby Academy League, with the young Exiles picking up wins over London rivals Harlequins and Saracens.

Despite a recent defeat to Bath Rugby, the youngsters are making inroads so far to replicating their 2020 form that saw them share their title with Leicester Tigers.

Sitting second only to Saracens in the Southern Conference, O’Grady maintains that the tournament the remains, now more than ever, a constructive force for player nurturing.

“It’s been really positive, as much as we want to win every game the focus isn’t necessarily on winning the Academy League,” he revealed.

“We want everyone playing to have that competitive edge, but ultimately the programme is there to develop the boys and help those coming through into the Senior Academy and into the first team.

“The by-product of the way we go about our business is then also getting university scholarships for some of the boys, which opens up a multitude of avenues, both rugby and off-field, for players who may miss out on contracts at the end of the season.

“The boys have had a great start, but even with a number of players missing at the start of the season in England camps and now through injuries picked up in the school season.

“Despite that, the cohort of players are still performing and getting results, which is very, very pleasing to see.

“It’s credit to the staff and the hard work the players have put in all the way back in pre-season in June.” 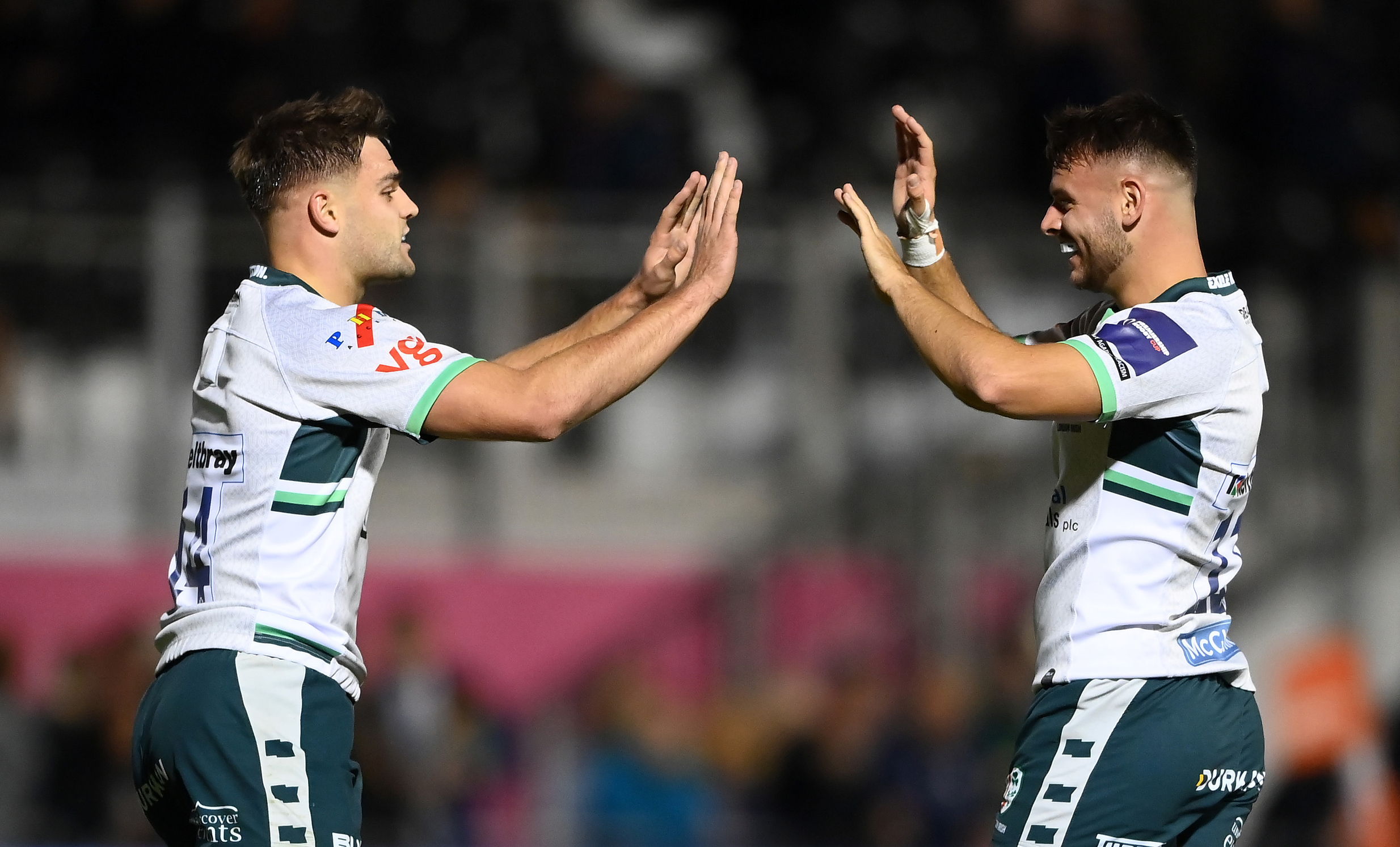 Eight Senior Academy players have made their debuts in a London Irish jersey this term, with the Premiership Rugby Cup affording a platform to the younger elements of the Exiles’ squad to represent the Club.

The team have excelled in the competition; exceeding last year’s pool stage points haul by four to become the first team since the inception of the Premiership Rugby Cup in 2018 to attain maximum points.

With at least 11 or more Academy players, past or present, making up each matchday 23 in the tournament so far, it has been a youth-concentrated effort for the Boys in Green in domestic knockout competition.

O’Grady continued: “The squad performance, inclusive of all the senior players involved, has been really fulfilling for me.

“The way they have accepted the young lads into the squad and given them confidence to perform has been brilliant.

“A number of boys have got their first appearances for the Club this season, and for the staff to see lads who have come through the system from the age of 13 is a rewarding thing.

“One of the main reasons why we do the job is when we see successes like that, so hopefully that cup run can continue and those young lads can keep getting exposure in the adult game, which is fairly new to a lot of them.

“We missed out on the final last year, and I know they’ll be throwing everything at it to try and make sure we perform to the best of our ability on every front this year.” 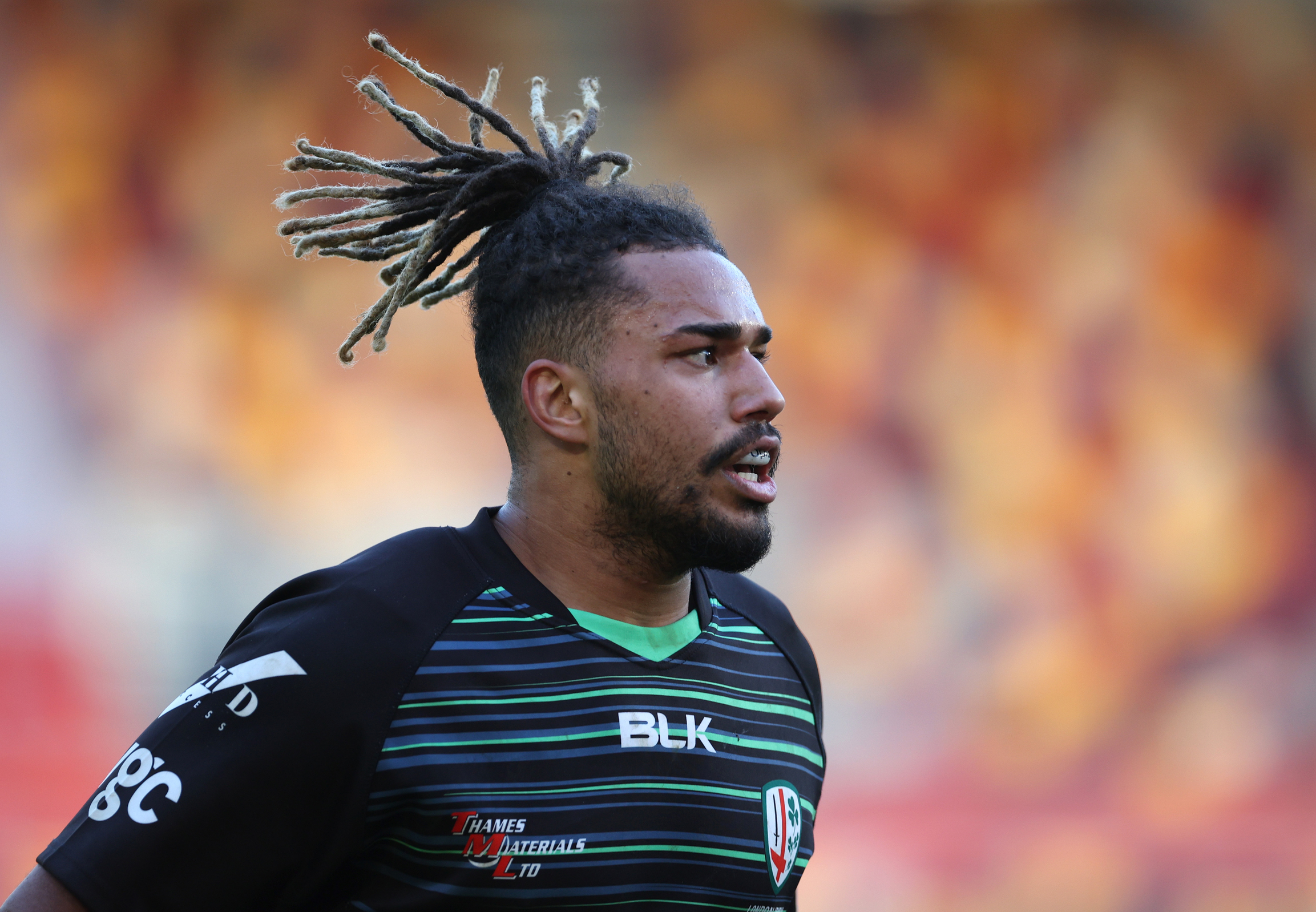 A smaller cohort of Academy talent have made their impact in the regular matchday squad in the Premiership and Europe, something the Academy Manager takes immense pride in.

Chandler Cunningham-South was absorbed into the Senior Academy’s first year intake last term, making debuts in the Gallagher Premiership and Premiership Rugby Cup as well as in the England under-20s.

The talented back-row forward ranks fifth in appearances made amongst Irish players in all competitions this year, and was joined by Joe Vajner from the Academy in making more Premiership berths this year.

“It’s quite amazing to see that transition from schoolboy rugby at under-18 level, and within a short space of time, they’re mixing it with the adults in training and in Premiership games.

“Chandler has changed shape drastically in the 12 months since he has been here, looking at his journey from Club rugby in New Zealand to coming here and testing the loan system, being selected for the England under-20s and now being a regular first team player is an incredible story.

“Joe Vajner has taken a bit more time, but he’s starting to get the rewards for the three years graft he has put in to get his time in the first team.

“You can see his confidence grow around the place, and that is what we all strive for as Academy staff.”

Most recently being introduced to the fold has been Michael Dykes, who made his Heineken Champions Cup debut against DHL Stormers in Round 3, with much encouragement taken from the young wing’s involvement.

“Seeing Michael compete in European competition was fantastic, and that cameo is indicative of his efforts this season that have shown he can make a step up to the first team.

“His scoring record of four in five appearances this season speaks for itself, and hopefully will be the start of many good things to come from him at London Irish.”