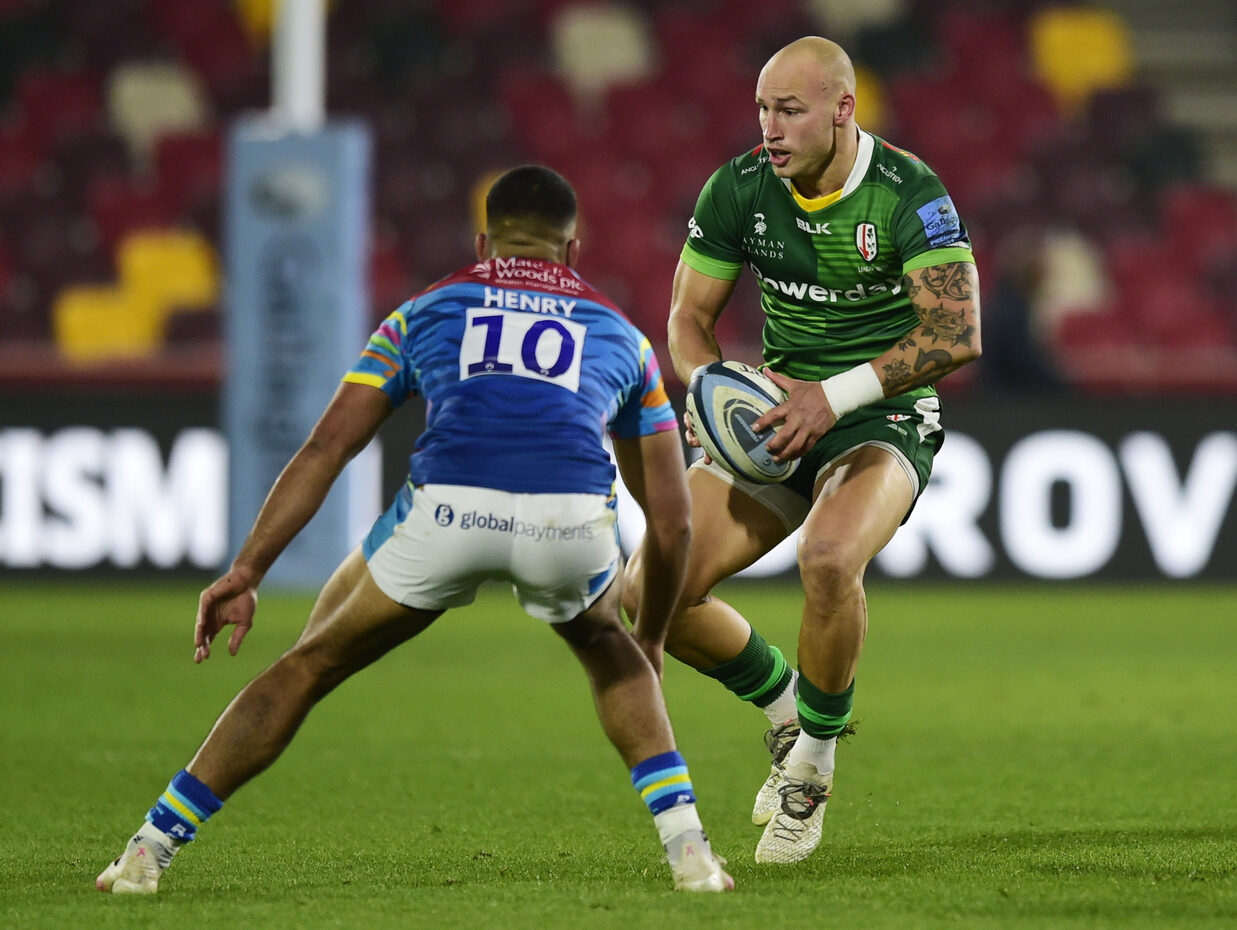 Billy Meakes has already made quite an impression on the London Irish faithful during his first two outings in an Exiles jersey.

After a solid debut at Worcester on matchday one, the Australian linked up superbly with try-scorer Curtis Rona in our victory against Leicester Tigers last weekend – and he’s determined to continue his fine start to life in London when Sale Sharks make the trip to the capital this weekend.

With 2,000 supporters permitted entry this weekend in the wake of the second COVID-19 lockdown coming to a conclusion earlier this week, Meakes is relishing the opportunity to run out at our new home, backed by the Exile Nation.

“The missing piece of the puzzle last Sunday was there being no supporters in the stadium,” he said, “so now there's light at the end of the tunnel, we're even more excited about this weekend.

“The fans will be excited when they see the stadium, that’s for sure.

“It's pretty amazing to play in, but it'll perhaps be even more amazing for the supporters to watch the game in.

“The whole set-up allows them to be really close to the action; the facilities are world class, they really are; it's definitely one of the best stadiums I've ever played in.

"The boys are pumped to see what the atmosphere will be like, even with 2,000 fans, this weekend, and that's added motivation for us to get another win on the board.”

Another positive for Meakes is his unusual commute to the stadium on matchdays.

Residing in Kew during his short stay with the club, he walks down the river before crossing the road to the stadium – and boy is he loving it!

"The beauty of the location of the stadium is that it's right in the mixer!” he said.

"I actually walk to home games, which is the first time in my professional career I've ever done that – but it's pretty cool.

"I'm so grateful and very humbled to be able to play at such a fantastic stadium.”

You can read more of Meakes' exclusive thoughts in Sunday's digital matchday programme – available from this Saturday!