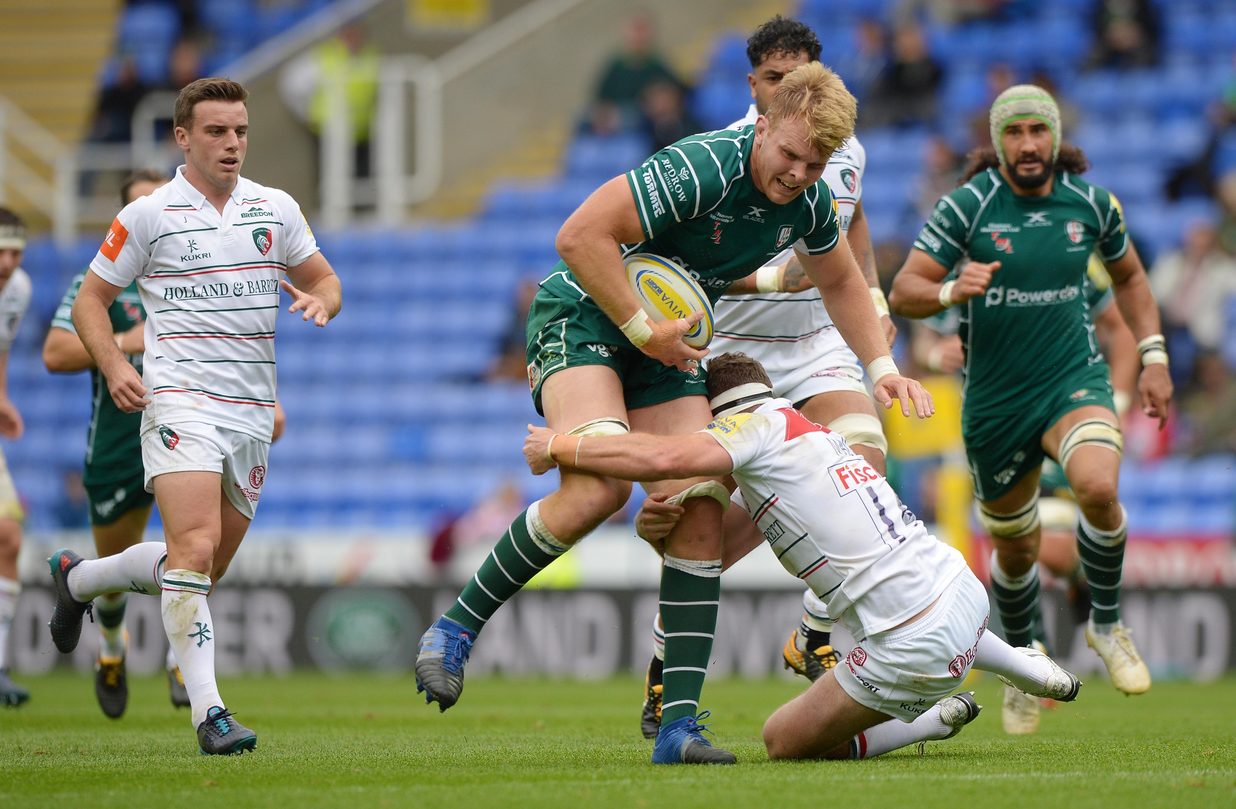 Josh McNally is the recipient of the Waltons Jewellers’ London Irish Player of the Month Award for October.

The 27-year-old second row, who joined Irish at the turn of this year, receives a Citizen watch following a string of impressive outings for the Exiles.

Featuring in all of his side’s Aviva Premiership fixtures in October as well as the magnificent win against Stade Français in Paris, McNally brought sheer physicality to the table and has led by example in defence.

“I’ve been playing some good rugby and I’m focused on improving my game week to week,” said McNally, who was voted for by the Exiles management team as the star performer for October.

“The management team work tirelessly to ensure that we are prepared for every match and they are doing a great job in creating a positive environment for us to work in during what has been a challenging season so far.”

McNally played his role in Irish’s Championship-winning season, with the RAF corporal taking his game to the next level this campaign.

“Playing games for Irish in the Championship last season gave me a stepping stone to hit the ground running and I was no longer a new player when pre-season came around,” said McNally.

“I feel like I’m playing rugby at a good level in the Aviva Premiership and it’s great to see the coaches putting the trust in me to play in two different positions.

Coming off the bench during last month’s stunning 44-7 European Rugby Challenge Cup triumph away to Stade Français, McNally says the result will live long in his memory.

“The win in Paris was a huge result for us and the performance of each player involved that night was incredible,” said the industrious second row.

“We just need to replicate those performances in the Aviva Premiership and hopefully we can put in a good performance against Bath this weekend.”

Delighted with the progress of the 6ft 7” hitman, Kennedy said: “Josh is a real grafter and brings a physical presence to the pack.

“He’s been outstanding for us this year. He started on the bench this season then recently he’s worked his way to start, which is a credit to his work rate in training each day.

“His defence has come on leaps and bounds, his mauling has been excellent and he’s a really good ball carrier.”

Chris Walton, owner of Waltons Jewellers, said: “Josh is a very worthy recipient of the award and from watching him in action it’s clear to see why the London Irish coaches voted for him to be this month’s winner.

“His performances in October were outstanding.”