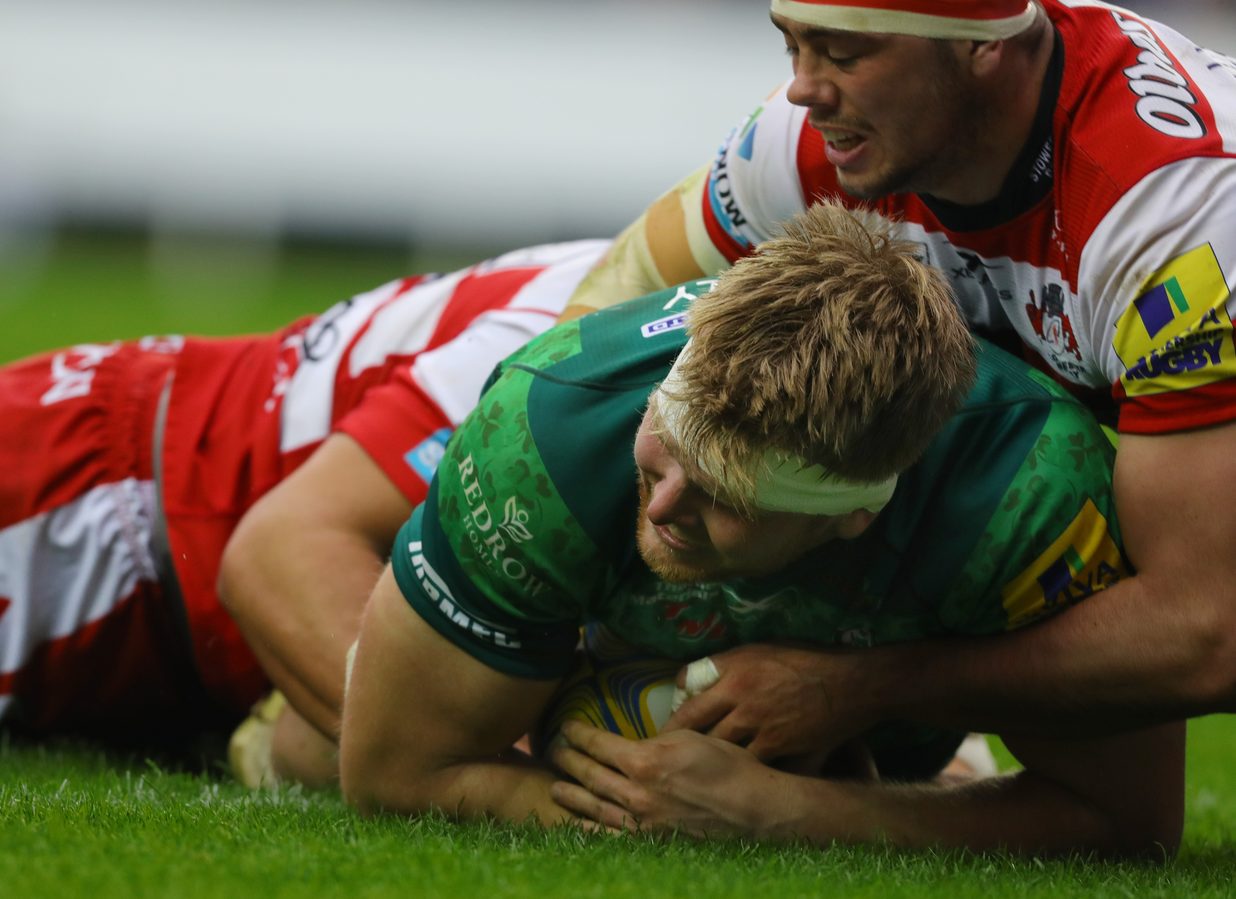 Josh McNally is delighted to be part of the England training squad as all eyes turn to this summer’s Test series in South Africa.

McNally, 24, who enjoyed a strong finish to the 2017/18 campaign with three tries in five appearances, has joined up with Eddie Jones’ set-up for this week’s training camp in Brighton. Ben Loader has remained with the England U20 squad, the explosive winger receiving treatment for an ankle injury as he primes himself for this summer’s World Rugby U20 Championship.

“I’m delighted to get the call from England and it just shows that I must have been doing something right for London Irish,” said McNally.

“I’m happy to be back playing and getting 80 minutes under my belt on a consistent basis, and my body is getting back to how it was feeling before the operation.”

McNally was a shining light for the Exiles at the tail end of this season, the RAF corporal now keen to kick-on in the iconic green jersey.

“I have a lot of experience of playing in the Championship and I’m looking forward to getting stuck in next season and putting London Irish back on the map by winning games,” said the former London Welsh second-row.

McNally said: “It’s great to see a number of players signing for us ahead of next season and we’ve recruited well – I know Barney Maddison very well from my time playing for London Welsh. Stephen Myler will also bring some valuable experience to the squad.”

The future starts now for London Irish, be a part of it with a 2018/19 Season Ticket. Find out more at  www.london-irish.com/seasontickets .