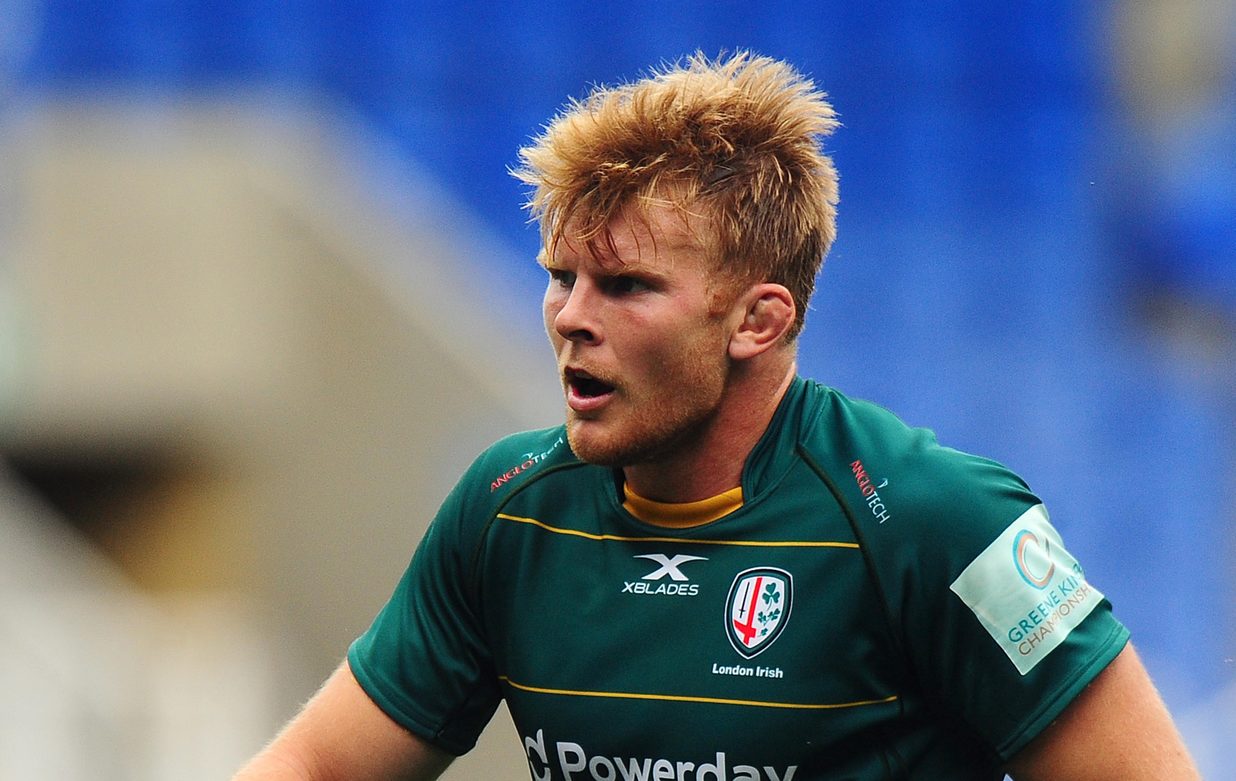 RAF serviceman and London Irish second-row Josh McNally is delighted to see the Exiles continuing their commitment to supporting the Armed Forces and Emergency Services this season.

This Saturday's Greene King IPA Championship fixture against Bedford Blues at the Madejski Stadium is the first of a number of games offering discounted tickets to members of the Armed Forces and Emergency Services, the initiative following on from last season’s final home game against Saracens which was dedicated to celebrating the RAF’s centenary year.

“The RAF 100 game against Saracens was a great success and it was fantastic to see our relationship with the troops going from strength-to-strength,” said McNally, 27.

“I’m sure we’ll have a strong presence of RAF and other Armed Forces personnel as well as members of the Emergency Services at the Bedford game - we’ll have other games throughout the season where we celebrate the work that they do.”

McNally will team up with the RAF senior squad after Christmas as they take on The Army at Kingsholm followed by The Navy at the Stoop in the 2019 Inter-Services rugby the Inter-Services Championships.

“I’m still in touch with the lads in the RAF team and we have an exciting campaign ahead of us,” said McNally, who led the RAF to this year’s title.

“I’m really looking forward to getting stuck into games against The Army and The Navy, but for now my focus is on doing well with London Irish.”

McNally and co have made a solid start to life in the Greene King IPA Championship, victories over Ealing Trailfinders and Nottingham Rugby setting themselves up nicely ahead of the Bedford game.

With competition for places rife, McNally insists there is no room for complacency in training each day.

“We’ve got a tight-knit squad here at London Irish and there’s depth in every position,” said McNally, who has skippered the Exiles in their opening two league games.

“Unfortunately, only 22 players can play each week so there’s guys really testing themselves against one another in training. We had a good hit out when we immediately returned to training after having a few days off last week, and there’s guys that are really putting pressure on those that have been starting games this season.

“It actually makes it even better for the players who have been starting games like myself, as it makes us more determined to perform knowing you have someone on your shoulder ready to take your shirt if you’re not performing.”

You can read the full interview with Josh in this Saturday's edition of The Exile, which you can purchase from programme sellers in and around the ground.

Get more articles like this and other exclusive content sent straight to your inbox by signing up to our newsletter.