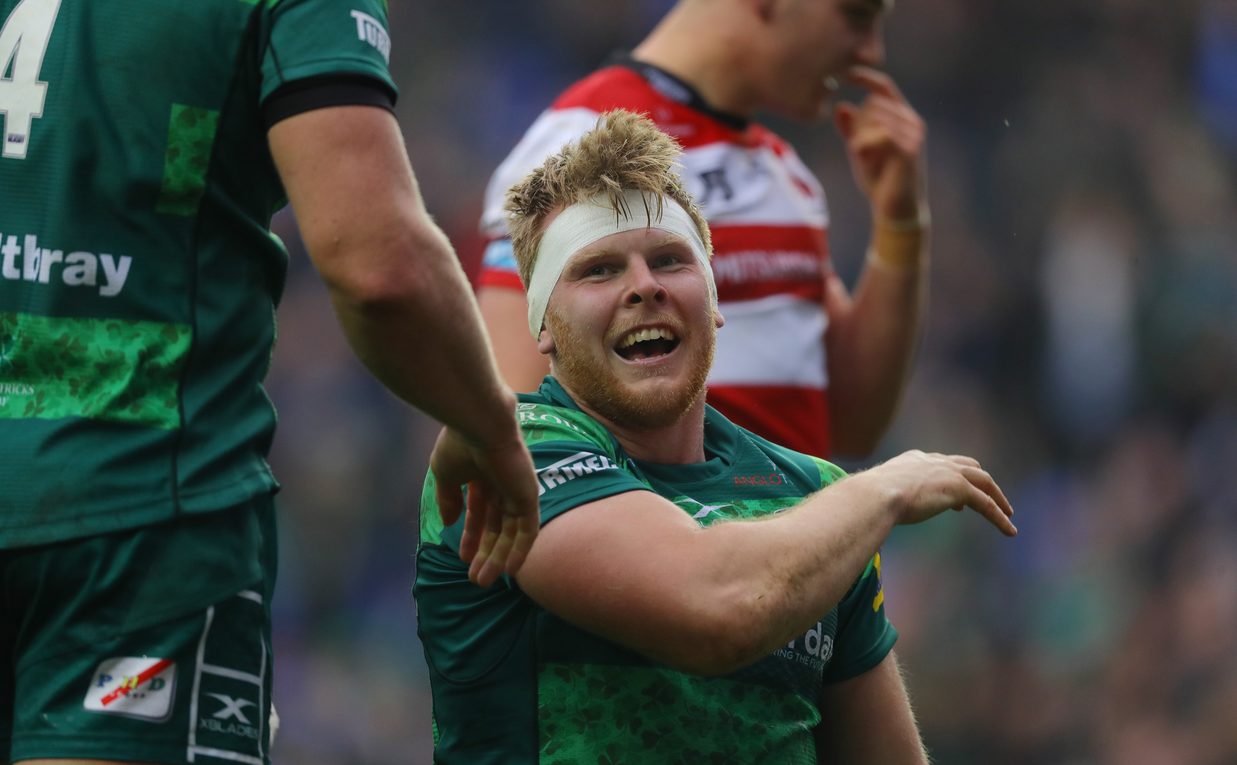 Josh McNally and Ben Loader have been named in England’s 31-man training squad, which will train in Brighton next week ahead of the tour to South Africa and the Quilter Cup match against the Barbarians on Sunday 27 May at Twickenham Stadium (kick-off 3pm).

McNally has been in superb form for the Exiles since his return to the side following a lengthy spell on the sideline, the second-row scoring three tries in the process.

Meanwhile, exciting prospect Loader dotted down on his Premiership debut against Bath at the weekend, with the Berkshire-born flyer keen to get more game time under his belt next season as Irish plot an immediate return to English rugby’s top table.

England head coach Eddie Jones said: “Our tour to South Africa will be the most exciting challenge for us as a group since 2016. We have an opportunity to create some history next month and win the Test series, something no England side has done before.

“There are a number of players out injured or not selected so it provides a big opportunity for others.

“With three weeks to prepare for the first Test in Johannesburg I am expecting players to come into camp with the right mind-set and we will be looking for them to break the mould in terms of being more assertive and on the front foot in everything we do.

“We will need to be physically aggressive and tactically smart against the Springboks who we know will be combative and reinvigorated by their new coaching setup.”

Following the conclusion of the Premiership semi-finals next weekend, a final training squad will be confirmed to prepare for the Barbarians match.

Scott Wisemantel will join Jones’ coaching staff for the tour to South Africa as an attack consultant. The 48-year-old Australian was recently backs coach for Top 14 club Montpellier working with Jake White.

Tickets for the Quilter Cup start at £25 for adults, £10 for children and are available at www.englandrugby.com/tickets

Not considered for selection