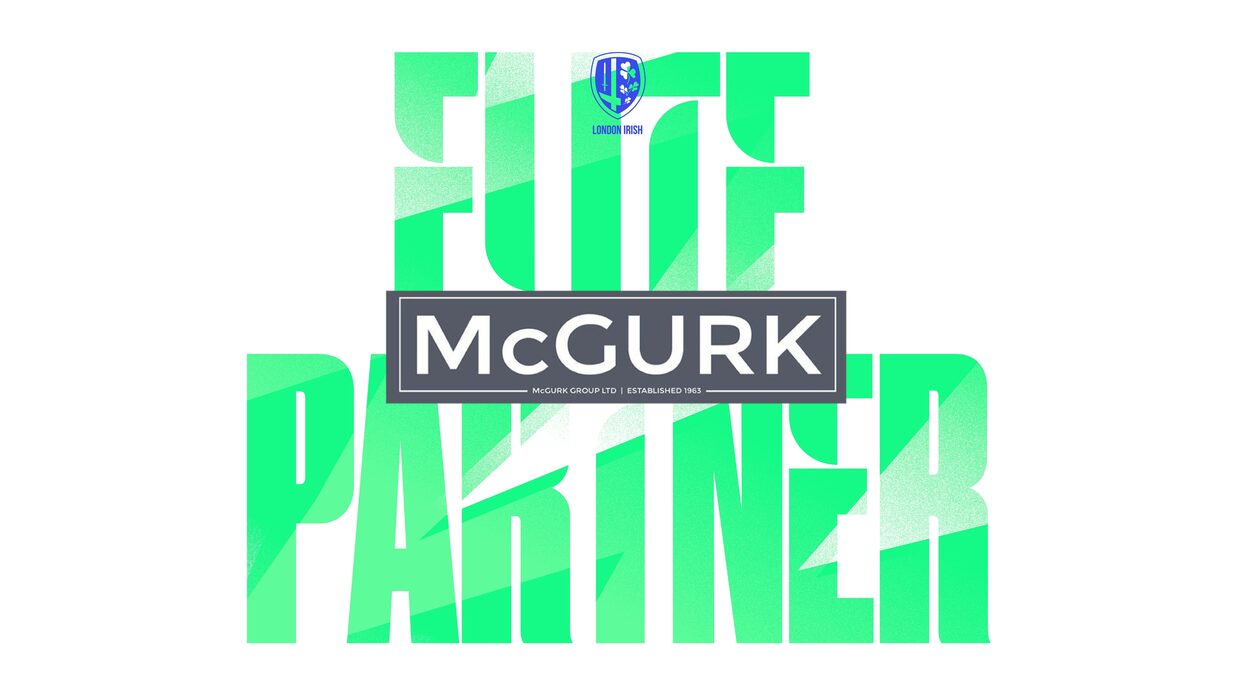 London Irish is pleased to announce that McGurk Group Limited have joined the Club’s partners as Elite Sponsors.

The new sponsorship deal will marry alongside the company celebrating its 60th anniversary in 2023, with the multi-sector business still striving to ‘help aid environmental and community change’.

With their family’s roots originally based in Clones & Newbliss. Co. Monaghan, Company Directors Eamonn & Brian McGurk voiced their pride in joining as one of the Exiles’ affiliates.

“Becoming a partner of London Irish realises an ambition of the company, and I believe that a mutual beneficial relationship has now begun that will hopefully remain for some time.”

“Ourselves and the company are very much looking forward to visiting the Club in what will be an historic campaign for the boys in green!"

London Irish’s Head of Partnerships Jean O’Grady spoke on the promising nature of the partnership with McGurk and welcomed the company on board as one of the Club’s commercial partners.

“I would like to thank Eamonn, Brian and everyone at McGurk for pledging their support to the Club, it is an honour to have a company with such business acumen join us on our journey.

“We look forward to working closely with McGurk, whose business values align with our mission here at London Irish.”

Find out more about McGurk Group Limited on their website here.