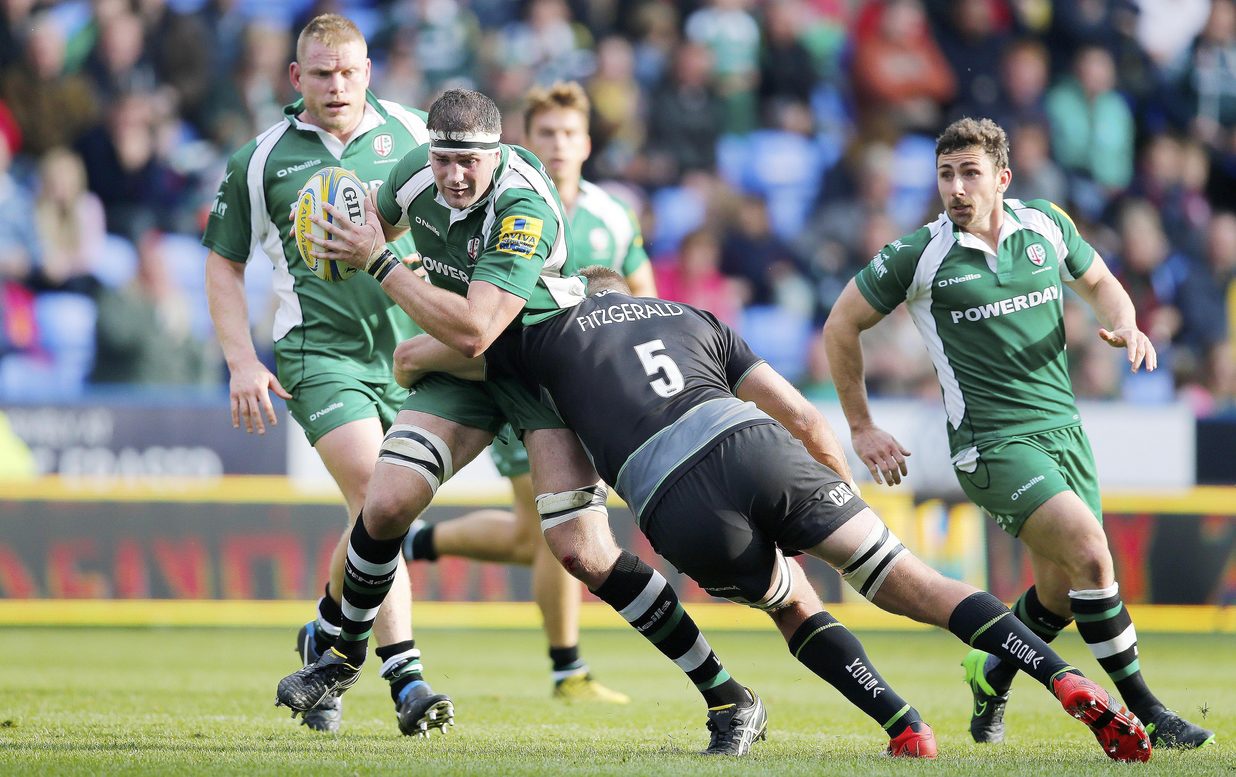 London Irish’s Matt Symons is relishing the prospect of facing Harlequins in the quarter final of the Challenge Cup following the victory over Agen on Saturday.

The Exiles secured an unlikely quarter final berth thanks to a late Gio Aplon try for Grenoble against Edinburgh which denied the Scottish side a losing bonus point.

“We are really happy. Firstly it was a really good performance on Saturday night, going into the game we just had to focus on ourselves and the job, which was winning with a bonus point and hope that other results fell our way. The news that we got at the end of the game on the pitch that we were through to the quarter finals was brilliant and we can now look forward to playing Harlequins art The Stoop in April.”

Symons is well aware of Aplon’s talent having come up against him at the Stade Des Alps in round two. “He’s a very dangerous player, as we saw when he played against us. He’s been doing it all season, so we were delighted he did the same at the weekend.

Irish return to Aviva Premiership action this weekend and face a testing trip to the AJ Bell on Saturday to play a Sale side that have similarly gained qualification for the quarter finals of the Challenge Cup. London Irish have struggled up in the North-West in recent years but Symons alludes to the change in personnel within in the squad and is not concerned with previous results.

“This is a new team so it is a new challenge up at Sale, we won’t look at what has happened before. There’s been quite a bit of rotation over the last two weeks with some guys getting a rest and others getting some game time so there will be a tough selection ahead of this weekend for the coaches. I feel really good and I’m excited by the challenge ahead at Sale.”