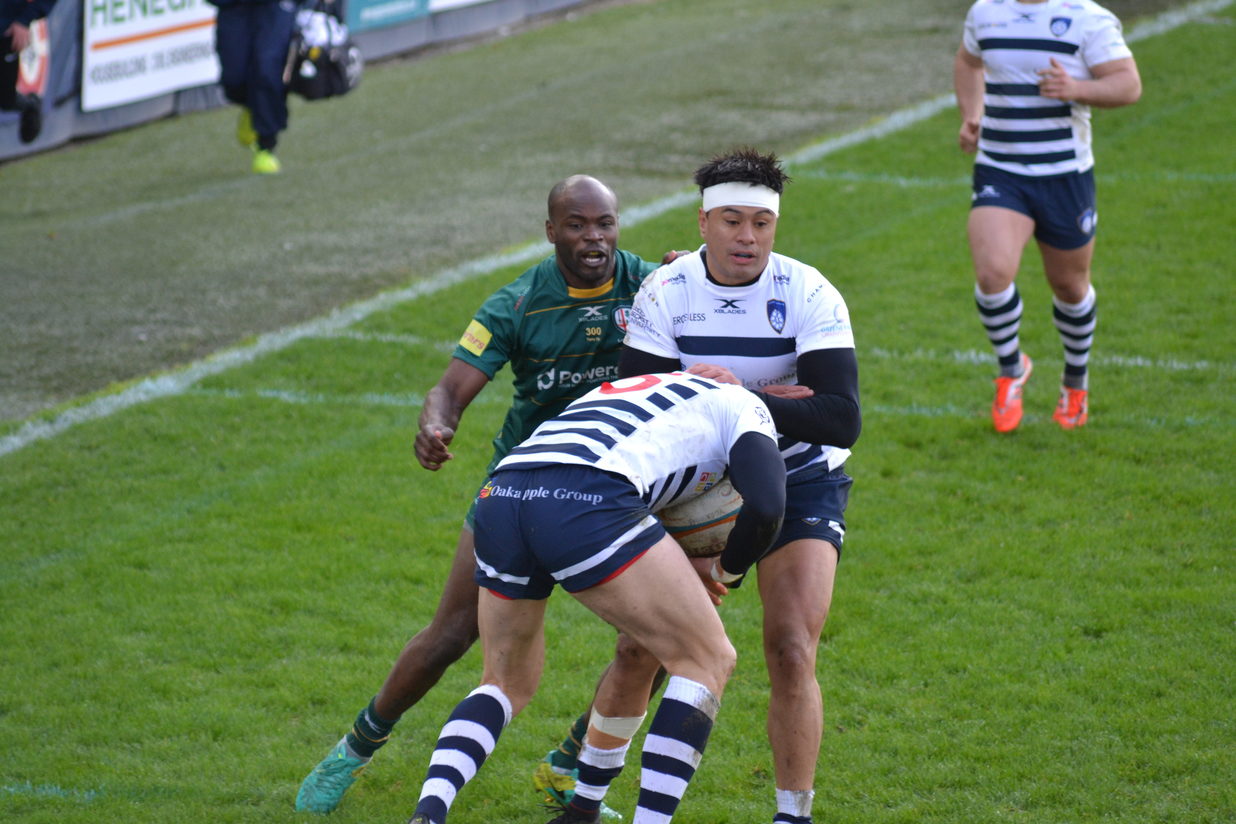 London Irish headed home from Headingley without a league point for the first time this season.

Although London Irish had the edge in terms of territory it was Yorkshire Carnegie who would have the better of the points at the re-modelled Headingley.

A combination of smart play from home fly half Jade Te Rure and a misjudgement of the bounce by Topsy Ojo created the first try with 10 minutes on the clock. Irish’s blitz defence was bypassed by Te Rure’s chip, and Ojo missed the ball a couple of hacks upfield put Pete Lucock over for the try.

Te Rure’s conversion was straightforward enough and Yorkshire had a lead, albeit somewhat against the run of play.

The same combination would extend the hosts’ lead 20 minutes later, but in the intervening period it was Irish who would have the better opportunities, working their way into the home 22 on a number of occasions. But nothing would stick, and the try line remained frustratingly elusive.

One area where Yorkshire had dominance was in the scrum, where – aside from one free kick for an early shove – the hosts were getting every decision. And it was a couple of penalties won in this area which created their second score.

Te Rure kicked his forwards to the five-metre line, and a slick lineout move created the space for Lucock to crash over by the sticks.

Trailing 14-0 the Exiles needed the next score, and they got it five minutes before the break. A JB Bruzulier box kick did not just hold up in the breeze, it was actually blown back towards his own line, and when the ball was recovered by a man in green it set up both position and momentum for the visitors.

Drives through the middle put Irish on the front foot, and after a Tom Stephenson break up the left the pack was there to drive Ollie Hoskins over for the score.

Having got what they needed just before the break, Irish began the second half superbly with a genuine team try. A rolling maul up the right touchline brought an advantage, and McLean made the most of the free play to sell a lovely dummy to scythe through the midfield.

Stephenson took play to within five metres of the line, Hoskins went even closer, and with an overlap on the right Ojo had the straightforward job of dotting the ball down.

But while Irish continued to play brightly for the next 10 minutes they could not capitalise on the momentum, and as the game entered its final quarter it was a rejuvinated Yorkshire who looked the most likely scorers.

Repeated penalties were kicked to the corner and only tackles from TJ Ioane on Matt Smith and Ofisa Treviranus on Fa’atiga Lemalu prevented seeming certain tries. The hosts kept piliing on the pressure, and while Irish won a penalty in the shadow of their own posts it was only temporary respite as some slick hands put winger Elijah Niko over.

Te Rure’s missed conversion meant that Irish were still just one score down going into the final 10 minutes.

Scott Steele made a sniping break to ask a few questions of the home defence, but Yorkshire both had the answers and a knockout punch of their own.

Lucock sent up a high bomb towards Ojo, and the trifecta of a swirling wind, sun in his eyes and several white shirts combined to see the ball hit the deck. Yorkshire recovered and Andy Forsyth was over for his team’s fourth try.

With seven minutes on the clock it looked like match-winning effort. So it proved, and while the Exiles tried to play from deep in search of a losing bonus point their efforts were in vain.