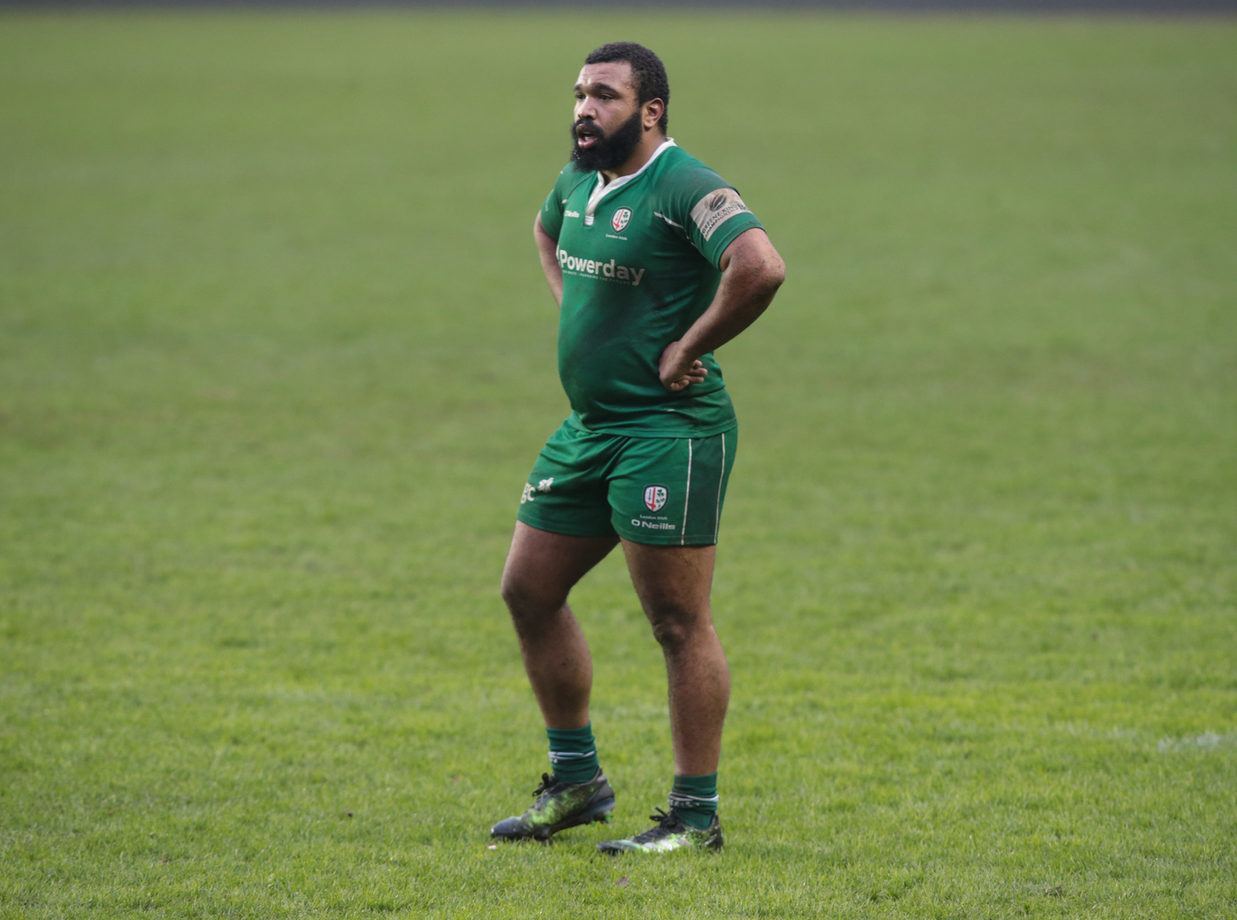 London Irish remain relentless in their pursuit of an immediate return to the Premiership following a hard-fought 20-14 victory over promotion rivals Yorkshire Carnegie.

Having already secured their place in the end of season play-offs, Nick Kennedy’s men pushed home their advantage at the summit of the Greene King IPA Championship thanks to tries from Ben Franks and Danny Hobbs-Awoyemi.

The pair played to the turgid conditions by pushing their way over from respective rucks to earn their side a morale-boosting win.

Carnegie make the trip to Berkshire next weekend in the quarter-finals of the British and Irish Cup looking to avenge Sunday’s defeat, their second against Irish this season.

Irish began the contest in high octane fashion, Aseli Tikoirotuma and Blair Cowan combining well on the near side with the latter hauled down just short of the line. The visitors continued to press Carnegie’s rearguard, and on 10 minutes they were rewarded for their endeavour when Franks burrowed over from close-range. Hard-hitting centre Fergus Mulchrone was the catalyst with a 30-metre break to get Irish within reach of the whitewash. Greig Tonks’ simple conversion gave Irish the early advantage at 7-0.

With the midway point looming, the Exiles extended their lead to 10-0 by virtue of an audacious Tonks penalty. However, the Yorkshiremen came back fighting and exerted significant pressure on Irish’s defensive line. Tom Catterick, who joined Carnegie from Newcastle on dual registration during the week, had the chance to close the gap with back-to-back penalties, but he could only skew both efforts wide of the upright.

Irish increased their lead to 13-0 inside the opening exchanges of the second period courtesy of a James Marshall penalty. Not deterred by falling further behind, Carnegie galvanised and were soon back in the game when referee Luke Pearce awarded the hosts a penalty try on 58 minutes. Stevie McColl added the extras to cut the gap to 13-7.

The men in green hit back immediately from the restart, with replacement prop Hobbs-Awoyemi squeezing over from the base of a ruck. Again, Mulchrone created the platform for the try with a full blooded charge down to send Irish on their way to the line. Marshall, who took over the kicking duties from the departed Tonks, converted to make it 20-7.

Irish had to endure a nervy final five minutes when Carnegie winger Jonah Holmes escaped three would-be tacklers to scoot in under the posts. McColl added the extras to go within six points of Irish, but the Exiles underlined their character in abundance to keep Yorkshire at bay and head back down the M1 with the spoils.