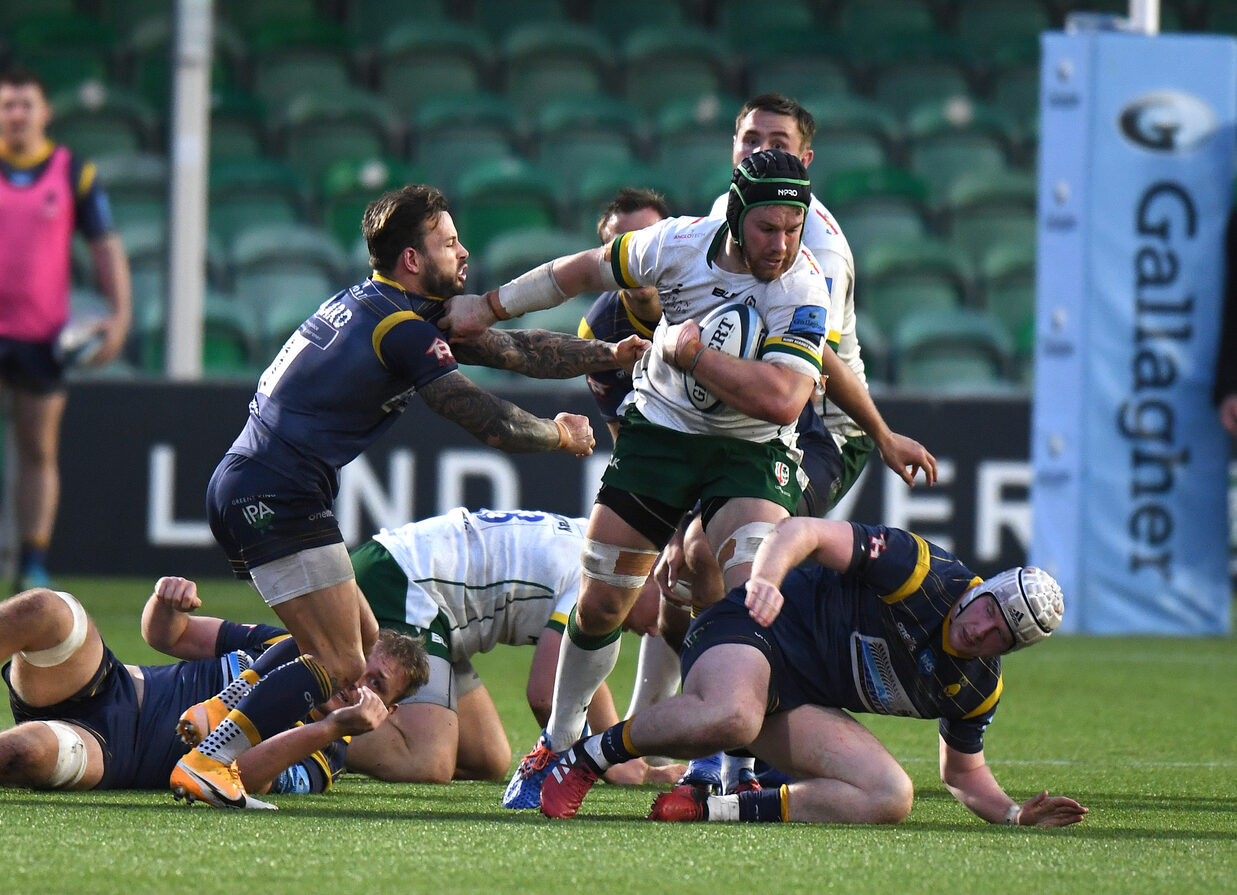 London Irish fell to a narrow 11-10 loss to Worcester Warriors on the opening day of the 2020/21 season.

In what was a closely-fought encounter from start to finish, the Exiles were just edged out of a nip-and-tuck contest.

Worcester enjoyed the better of the opening exchanges, and they were rewarded with a fifth minute scrum penalty, which Billy Searle slotted between the posts with ease.

Irish settled after that early setback and from their first attack, the Exiles forced the Warriors deep into the own 22.

After a strong phase of play, they were rewarded with a penalty in the 12th minute – which Paddy Jackson struck over to tie the scores.

Worcester responded with a period of attacking play of their own, but Irish stood up to the test, with Sean O’Brien – in only his third outing for the Exiles – twice coming up with big tackles to thwart the hosts in their tracks.

Clear-cut scoring opportunities were few and far between but when one did open up for the hosts, Ollie Hassell-Collins came up with a sensational hit to deny the Warriors.

Irish were forced to call upon all their defensive qualities to keep the hosts at bay as the half neared its conclusion – and that they did, after Searle missed a routine penalty from in front of the posts on the stroke of half-time.

And that’s how the half ended, with the scores all square, after a monster defensive effort in the closing stages of the first period from Kidney’s men.

Having missed a straightforward kick at the end of the first half, Searles made no mistake early after the restart, slotting home to give the hosts a narrow three-point advantage.

The Exiles always looked a threat with the ball in hand, with Billy Meakes – on debut – orchestrating things in midfield.

Irish freshened things up with a number of changes early in the half, and it was one of those replacements, Nick Phipps, who would score the first try of the match soon after.

Irish enjoyed phase after phase of attacking play and after getting the ball wide, Phipps picked up from the base of a maul and darted over.

Jackson added the extras, to hand the Exiles a 10-6 lead.

The lead lasted only a matter of minutes though, as Tom Howe touched down in the corner, despite the officials taking a second look at the grounding – but the resultant conversion was wide.

A topsy-turvy encounter continued to flow from end to end – with a missed penalty from Jackson from halfway eight minutes from time the next big opportunity of the match.

Irish posed the greater attacking threat in the minutes that remained, but the final score of the match they craved wasn’t forthcoming, to leave Worcester victors by the narrowest of margins.