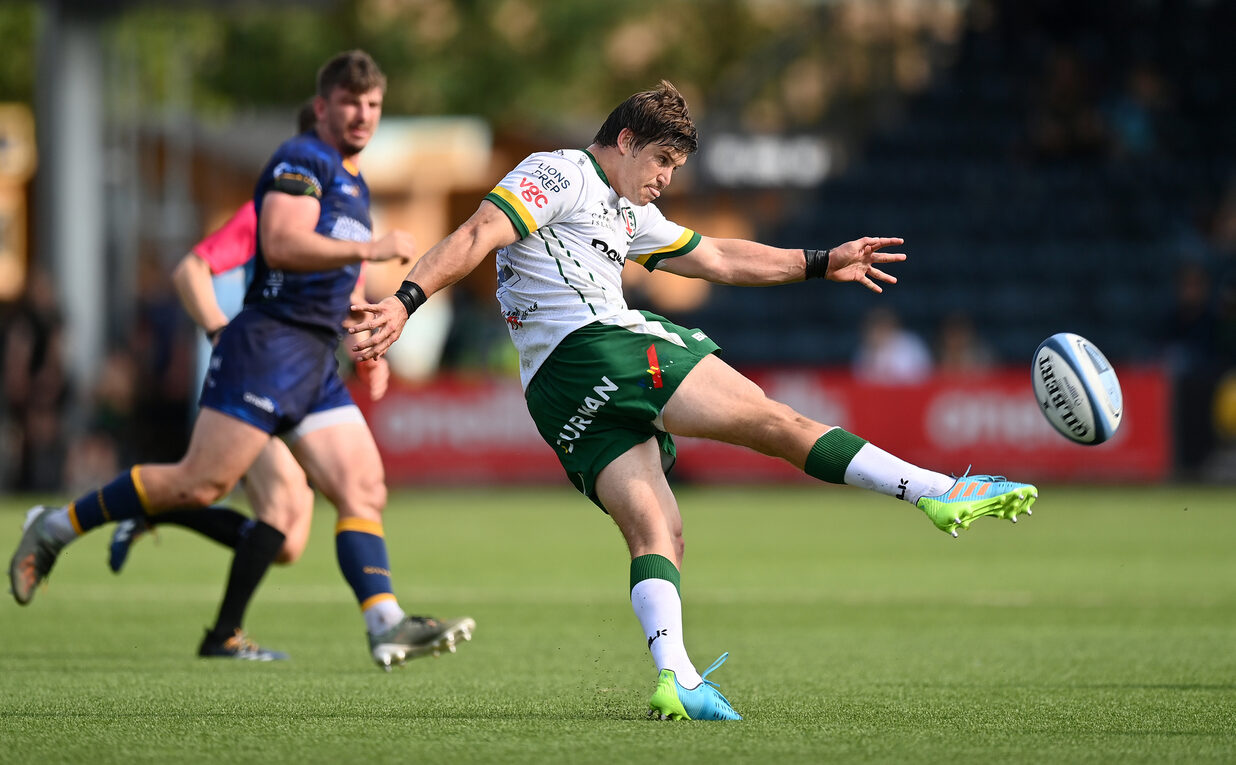 London Irish fell to defeat in the opening round of the 2021/22 Gallagher Premiership season, losing 36-24 to Worcester Warriors at Sixways.

On a warm September afternoon, both teams were intent on throwing the ball around in the opening exchanges, with plenty of attacking play in midfield.

It was Irish, however, who enjoyed the first meaningful foray into their opponents’ 22 in the sixth minute – and their reward was a first try of the season for Ollie Hassell-Collins.

With a penalty advantage, Paddy Jackson span a delightful looping pass out wide to Hassell-Collins, who did the rest in some style, side-stepping his opposite number before dotting down in the corner for the Exiles’ opening score of the campaign. Jackson’s kick from the touchline was wide.

That early score was just rewards for the visitors, who had started in confident fashion at Sixways.

But Worcester responded well, and in the 17th minute they were on terms – a rolling maul from a line-out ending with Sam Lewis crashing over. Owen Williams added the extras to edge the hosts in front.

Despite that setback, Irish were on top in the scrum, and after a huge push from the pack, the visitors were awarded a penalty, but Jackson’s kick from a central position flew marginally wide of the left hand post.

The Exiles were dealt a further blow nine minutes before the break when Ben White was adjudged to have hit his man high and was sent to the sin-bin.

Irish, to their credit, weathered the immediate storm, but the next score was always going to be crucial and it went the way of the hosts two minutes before half-time – Heinz bundling his way over in the corner after a quick tap from a free-kick.

The hosts were in the ascendancy now with their numerical advantage and they extended their lead with the final play of the half; Melani Nanai going over from close range and Williams adding a conversion to leave Irish with it all to do in the second half.

Back to their full quota, Irish started the second half on the front foot. After an excellent break from Kyle Rowe, Ben Donnell galloped clear and seemed destined to score, only for Nanai to hold him up just short of the line.

The visitors were camped inside the Worcester half and – after a lengthy TMO check – Albert Tuisue was adjudged to have got the ball over the whitewash. Jackson’s effort with the boot again missed the target – but the Exiles had hope.

That hope turned to despair seven minutes later though, when Heinz seized on a loose ball and after a quick recycle, Matt Kvesic touched down. Williams added the extra two.

The hosts added to their tally shortly after the hour, with Williams slotting over a penalty to make it 29-10.

Ollie Hoskins was one of a number of Irish players to enter the fray midway through the second half and when he crashed over from close-range and Jackson added the extras, it was 29-17 with just over a quarter of an hour to play.

Any late hope faded on 67 minutes though – Perry Humphreys sprinting clear of the last line of defence out wide to dot down; with Williams adding two more.

Irish kept plugging away though, Hoskins going over from a driving line-out for his second try of the afternoon seven minutes from time, with Jackson kicking the conversion.

That proved to be the last score of a free-flowing contest, as Irish were left to ponder what might have been on the opening weekend of the new campaign.

Up next, Sale Sharks at the Brentford Community Stadium next Sunday.