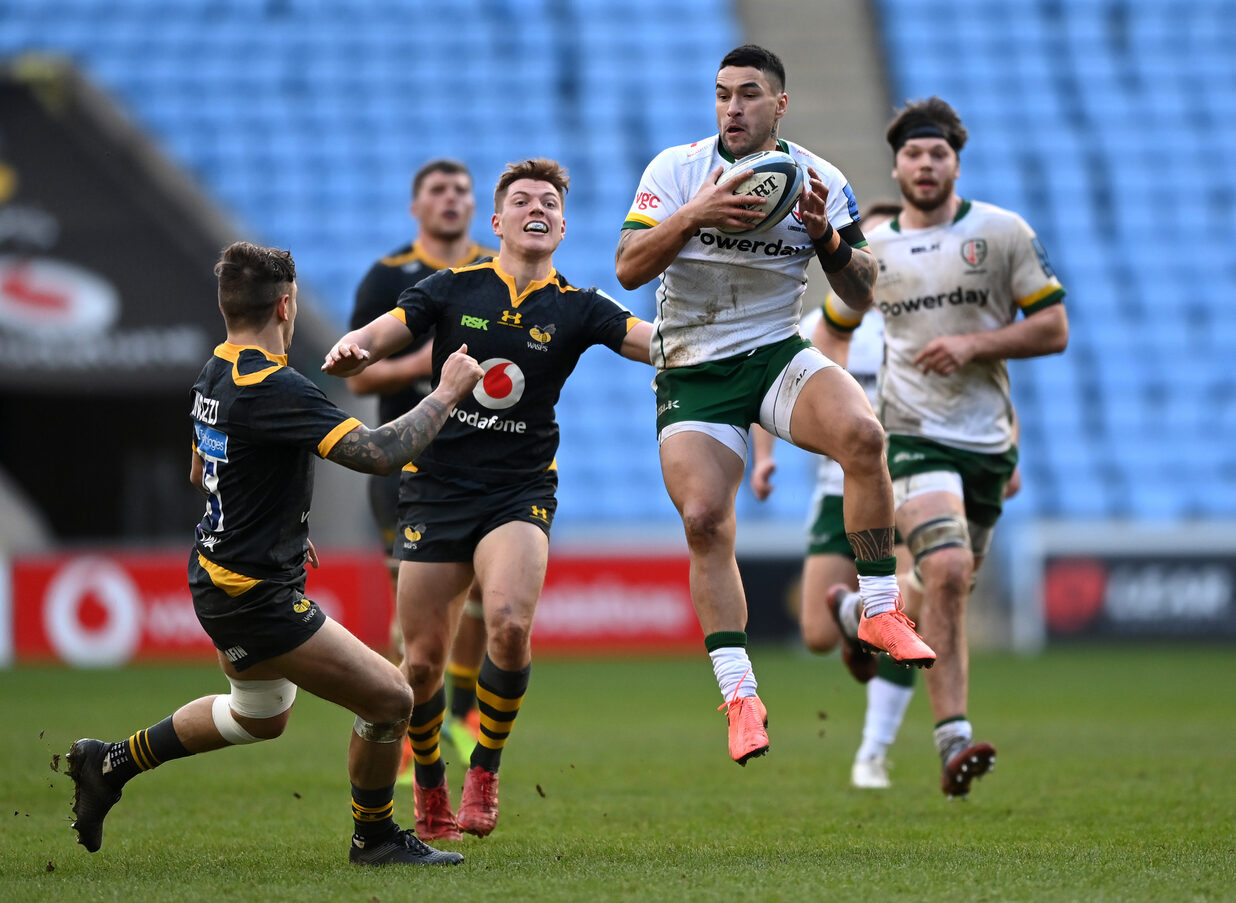 London Irish edged out Wasps in a match that went right to the wire at the Ricoh Arena in Round 11 of the Gallagher Premiership.

Tom Parton got Irish off to an electric start at a sunny Ricoh Arena. The fullback gathered a clearance kick from Wasps and sprinted clear down the touchline. From the breakdown, Wasps took Nick Phipps out illegally and Paddy Jackson slotted the resulting penalty, giving London Irish an early 0-3 lead.

With eight minutes on the clock, Wasps drove themselves over the Exiles’ try line, but TMO Rowan Kitt deemed it to be held up.

From the scrum, Wasps did get their first points of the afternoon. A scrum penalty gave Jacob Umaga an easy attempt to level the score and the fly-half chipped it through the posts.

It was then Irish’s turn for an offense. Jackson smacked a penalty deep into Wasps’ 22m and the forwards got their rolling maul going. The hosts defence held firm, but referee Hamish Smales awarded the Exiles a penalty when Wasps didn’t roll away from a tackle. Jackson’s boot was called upon again and the fly-half’s shot at goal moved Irish back in front, 3-6.

As the clock ticked towards the half hour mark, Ollie Hassell-Collins slipped a tackle to sprint 30 metres into Wasps’ territory. A clever chip and chase ended in a penalty for Irish, but the visitors were unable to convert it into more points from the resulting attacking lineout.

Five minutes before the half-time whistle, Wasps went over for the first try of the match thanks to a short-range drive from Tom Willis. Umaga’s conversion was successful, and the hosts regathered the lead, 10-6.

A brief attack from both sides didn’t impact the scoreboard before the break, and Wasps held a four-point lead after 40 minutes.

After a tentative first 10 minutes of the second half, Irish went over for their first try of the game. Ollie Hassell-Collins dived over in the corner after great work from the forwards to draw in the Wasps defenders. Jackson’s touchline conversion sailed through the uprights and Irish led 10-13.

The Irish pack, backed now by reinforcements of Will Goodrick-Clarke and Lovejoy Chawatama, earned themselves a scrum penalty with 20 minutes to go. Paddy Jackson kicked Irish into a good attacking position, but they were unable to add to their lead.

A slick offload exchange between Terrence Hepetema and Sean O’Brien slipped Rob Simmons through, and the Australian international crashed his was up to the Wasps’ 5 metre line. However, the brilliant passage of play was in vain and the hosts reacted well and forced the turnover.

For the majority of the second half, Irish built pressure on the hosts by spending a large proportion of the time in their territory.

With five minutes to go, Jackson had a long-range attempt at goal from a penalty. The ball sailed through the air before limping over the bar to extend the visitors’ lead to 10-16.

Two penalties took Wasps deep into the Irish 22m as the clock turned red. But it was the London Irish Centurion Blair Cowan who forced a turnover penalty to win Irish the game! PHEW!