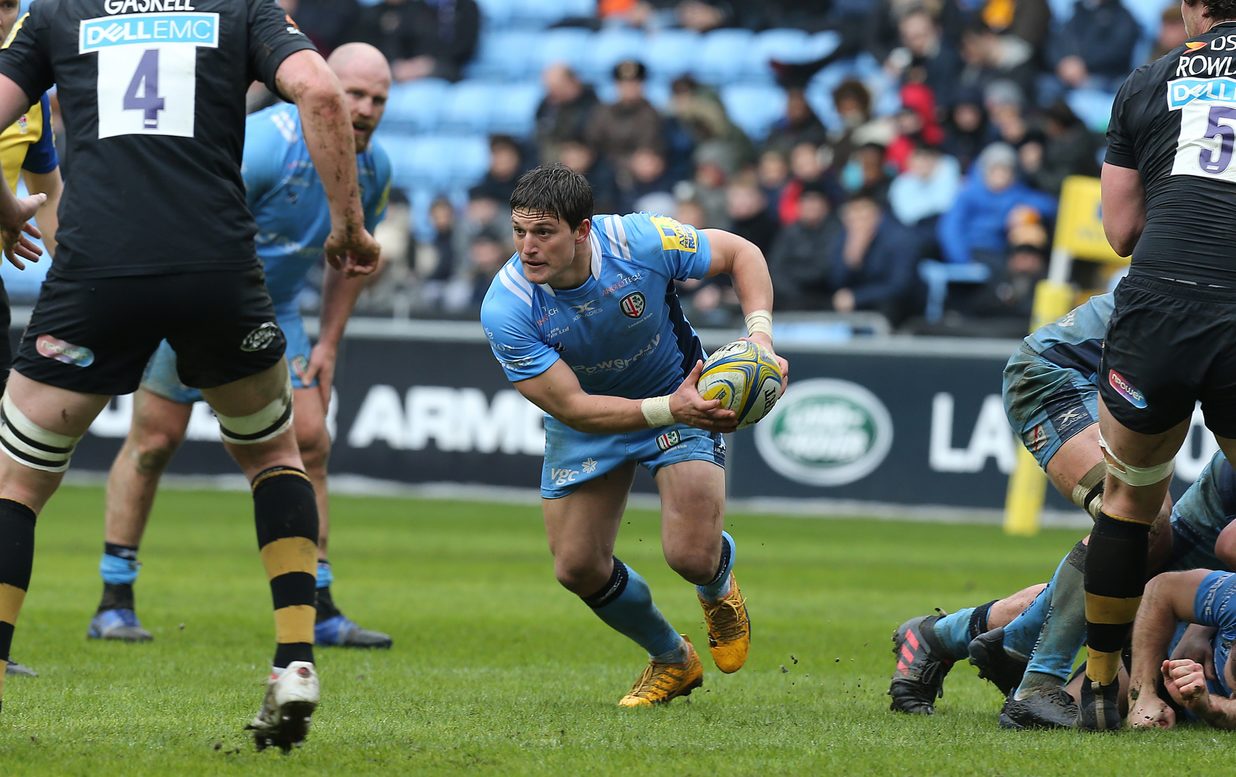 A display dripping with guts, determination and pride was not enough for London Irish as they were edged out 24-16 by Wasps at the Ricoh Arena in the Aviva Premiership.

Dai Young’s men found it tough against an Irish side buoyed by last week’s victory over Worcester Warriors, and found themselves on the brink of their first defeat since losing to Saracens at the turn of this year.

Petrus Du Plessis’ try six minutes from time got the Exiles to within a point of Wasps at 17-16, with Tommy Bell’s subsequent conversion veering wide of the upright to the delight of the home crowd.

Going for the win, Irish were hit with a sucker punch try immediately from the restart, former Exile Tom Cruse hacking on a loose ball to touchdown for his second score of the afternoon and clinch the game for the hosts.

The gap remains 12 points at the foot of the table after Worcester lost 34-5 at home to a resurgent Leicester Tigers, and judging by Irish’s display at the Ricoh, there is certainly reason to be optimistic as Nick Kennedy now prepares his charges for the St Patrick’s Party clash against Gloucester on Saturday 24 March.

The first half was tightly contested with Irish defending courageously to keep their West Midland counterparts at bay, while also having an attacking threat at the other end. After David Paice was yellow carded for obstructing Guy Thompson, Wasps scored the only try of the half through Cruse on 10 minutes. The home side made the extra man count, with Cruse flopping over from the back of a driving lineout. Cipriani’s conversion put Wasps 7-0 up, which is how it stood going into the break.

Wasps doubled their tally nine minutes into the second half, Dan Robson diving over from close range after excellent attack play from Willie Le Roux and Christian Wade. Wade got to within a whisker of Irish’s try line, before the ball was moved infield for Robson to dot down.

Tommy Bell came on for Tonks early in the second half, and it was not long before the playmaker had the desired impact. Slicing through Wasps’ defensive line, Bell fed Tom Fowlie on the outside with the centre hauled down inside the hosts’ 22. Referee Tom Foley brought play back for an earlier infringement and Bell reduced the deficit to 14-3 from the tee.

Irish were soon on the front foot once more, James Marshall the catalyst with an intercept on halfway, and after his offload to Lewington spurred Irish into the opposition 22, the visitors were awarded a penalty which was kicked into the corner. From the resulting lineout, the Irish heavies galvanised to power their way towards the line, Dave Porecki emerging from a heap of bodies having touched down. Bell was unable to add the extras from the touchline and Irish trailed 14-8.

After Cipriani and Bell had traded penalties with the score poised at 17-11 going into the final 10 minutes of the contest, Irish knew that a converted try would be enough for the win. Irish fashioned themselves great field position on 74 minutes when Wasps scrum-half Robson was forced to carry the ball over his own line after Bell’s clever kick in behind. Irish won a penalty moments later and with the ball booted into the corner, Du Plessis went over for a carbon copy of Irish’s first score. Boos ringing around the Ricoh as Bell stepped up for the conversion, his effort skewed wide of the uprights, with Wasps having a slender 17-16 lead.

From the restart, Wasps went down the other end and dealt Irish a real hammer blow when Cruse latched onto his own hack down field to wrap up the game for the hosts.