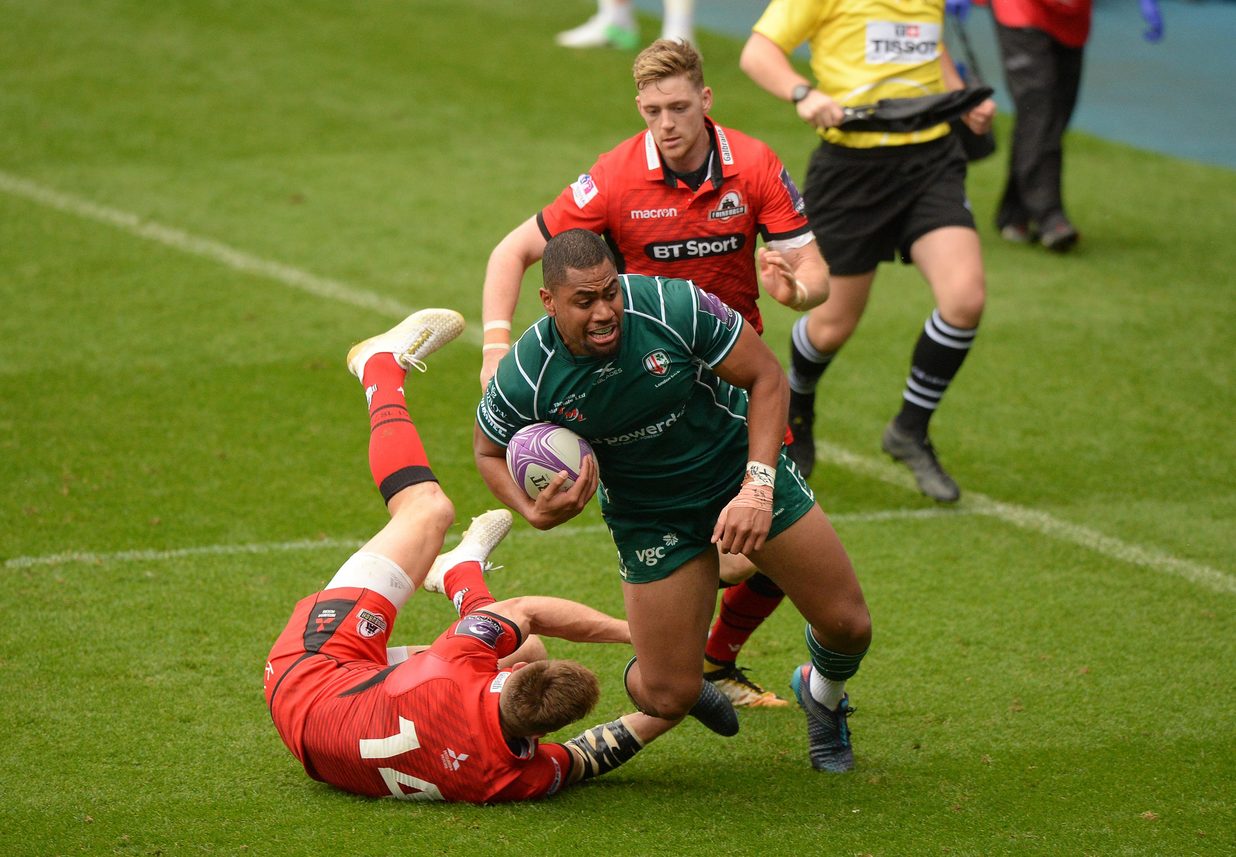 Tries from Damien Hoyland, Luke Crosbie, Jamie Ritchie and a brace from Heineken man of the match Junior Rasolea ensured that the Scots left Berkshire with a bonus point victory.

Despite tasting defeat in their opening European fixture, Irish can build on the positives as all eyes are now cast towards next weekend’s trip to Stade Français Paris.

Joe Cokanasiga was a shining light on his return from injury, while scrum-half Ben Meehan and prop Ollie Hoskins put in solid displays.

The Exiles were just 20-14 down in the early exchanges of the second half, however two tries from the Pro 14 side in the final 20 minutes of the contest arguably flattered the visitors, a sentiment shared by Edinburgh boss Richard Cockerill in his post-match press conference.

It was first blood to Irish as early as the ninth minute, Theo Brophy Clews slotting home a penalty after Edinburgh were penalised for hands in at the ruck.

Cockerill’s men created their first clear-cut opportunity on 21 minutes, centre Chris Dean breaking clear of Irish’s defensive line with a neat turn of pace. Tackled on Irish’s 22, Edinburgh’s heavies trundled the ball up to the line, before scrum-half Hidalgo-Clyne switched play to wing Damien Hoyland for the score. Tovey’s conversion gave the Scots the advantage at 7-3.

Rasolea extended Edinburgh’s lead on 26 minutes following a slick backline move that had the Exiles defence scrambling in numbers. A string of potent carries from Edinburgh skipper Fraser McKenzie and Ben Toolis got the Pro 14 team within inches of the line to set the platform for Rasolea to touch down. Tovey pulled the conversion wide and Edinburgh led 12-3.

Not deterred by conceding two quick-fire tries, Irish hit back with a score of their own in the shape of the impressive Hoskins who burrowed over from close range. Georgian international Lasha Lomidze and the returning Max Northcote-Green were the catalyst for the score as they carried strongly to allow the Aussie to dot down. Brophy Clews uncharacteristically cannoned the post with the extras and Irish trailed 12-8.

After Sam Hidalgo-Clyne had increased Edinburgh’s lead to 15-8 with a penalty, Rasolea bagged his brace for the day as he shrugged off two would-be tacklers on his way to the far corner.

Brophy Clews cut the gap to 20-11 with his second penalty of the afternoon on the stroke of half-time to set-up an intriguing second half.

A frantic opening to the second period saw the Exiles turn the screw on Edinburgh’s rearguard with a sharp attacking move involving centre Johnny Williams and No. 8 Lomidze. The pair combined on the far side only for the move to break down just short of the visitors’ line, but the Exiles were awarded a penalty from the subsequent passage of play. Brophy Clews cut the gap to 20-14 with the boot.

A Hidalgo-Clyne penalty put Edinburgh 23-14 ahead on 57 minutes, before Cokanasiga lit up the Madejski with a scintillating run which nearly yielded a try for replacement half-back Scott Steele.

Cokanasiga, who was named in Eddie Jones’ England squad for their tour to Argentina in the summer, exploded into life with a marauding carry to unleash Steele to the line. Steele was tackled just short of the line and despite perfect field position, Irish were unable to get over the line due in part to a resolute Edinburgh defensive line.

It remained 23-14 until six minutes from time when Jamie Ritchie crashed over for a try on the back of concerted Edinburgh pressure. Hidalgo-Clyne’s conversion made it 30-14. With the last play of the game Crosbie crossed the line to rubberstamp victory for the Scots.