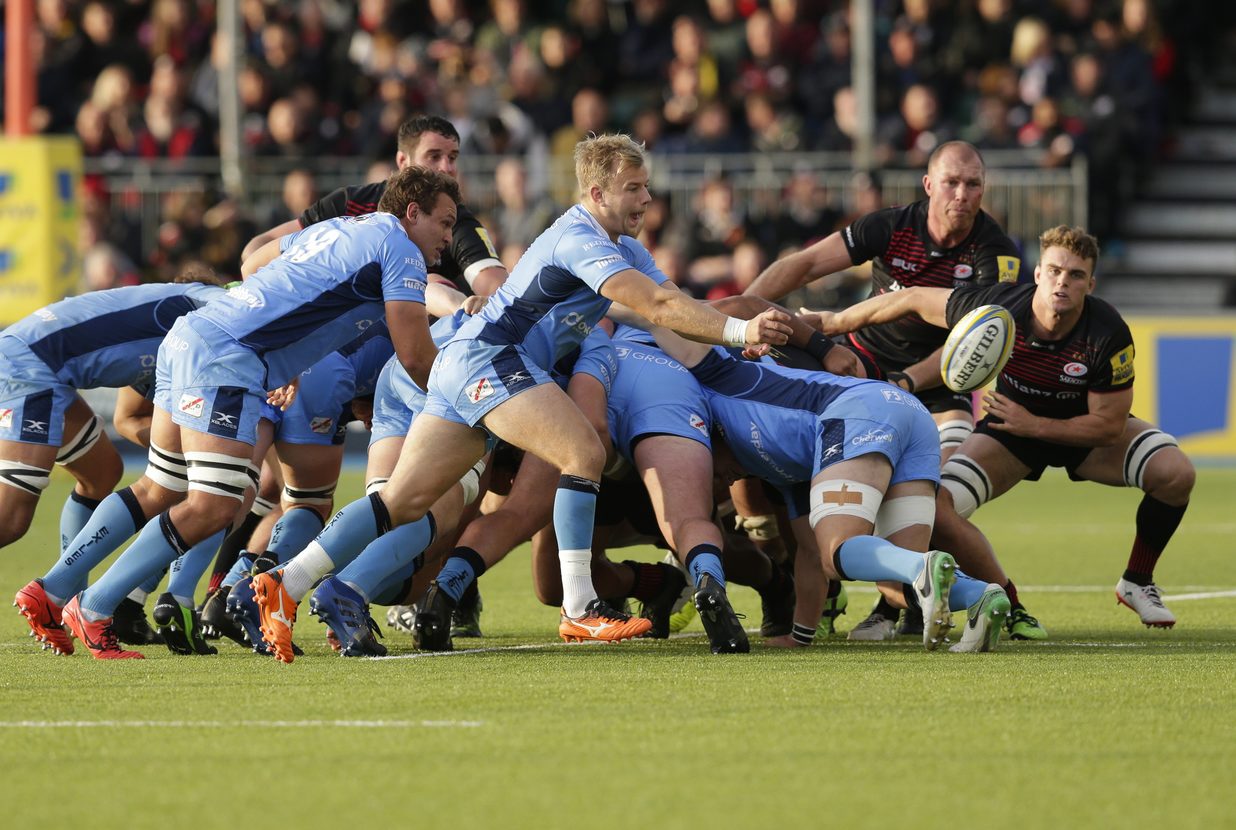 With Irish very much in the contest at 13-6 down going into the interval, Saracens pushed home their advantage in the second period during a seven minute period that yielded three tries.

The afternoon began in positive fashion for the Exiles, Tommy Bell’s third minute penalty giving his side the early initiative. However, it was first blood to Saracens in the try-scoring stakes on 10 minutes when England international Vunipola punctured a hole in Irish’s defensive line to sprint in under the posts. Farrell’s simple conversion made it 7-3 to the hosts in front of a sell-out crowd in north London.

While Farrell uncharacteristically struggled from the kicking tee with three penalty misses in quick succession, Irish’s Bell reduced the deficit to 7-6 with the boot.

British & Irish Lions star Farrell made amends with the boot on 32 minutes, kicking two penalties before the break to give the hosts a 13-6 half-time lead.

Irish’s task was made even more difficult when Teofilo Paulo was yellow-carded for an off the ball challenge.

It took Saracens seven minutes of the second half to register their second try of the day courtesy of Farrell, who was on the end of an incisive Sarries move. Farrell converted his own score to increase Saracens’ advantage to 20-6.

Not deterred by the concession of an early try, Irish galvanized and on 50 minutes skipper David Paice burrowed over from a driving maul to give the Exiles something to build on. Bell’s radar boot cut the gap to 20-13.

Saracens’ response was emphatic as they rallied to cross the whitewash three times during a blistering seven minute period to underline their credentials as potential winners of this season’s Aviva Premiership crown.

First Williams dotted down in the corner, although the Exiles may well feel aggrieved that a penalty was awarded against them in the build-up. This was arguably a turning point, but Saracens were undoubtedly getting their reward for having the lion share of possession for much of the afternoon.

27-13 up, Saracens’ wing Wyles then got in on the act just past the hour mark as he got on the end of some ingenuity from the impressive Alex Goode. Goode collected his own chip kick, before firing the ball wide to Wyles for the score. Farrell’s sublime touchline conversion increased the score line to 34-13.

Two minutes later, replacement wing Earle crossed for the first of his two tries with clinical effect. Earle grabbed his brace with the last play of the game, sprinting in at the corner to end the game 44-13.