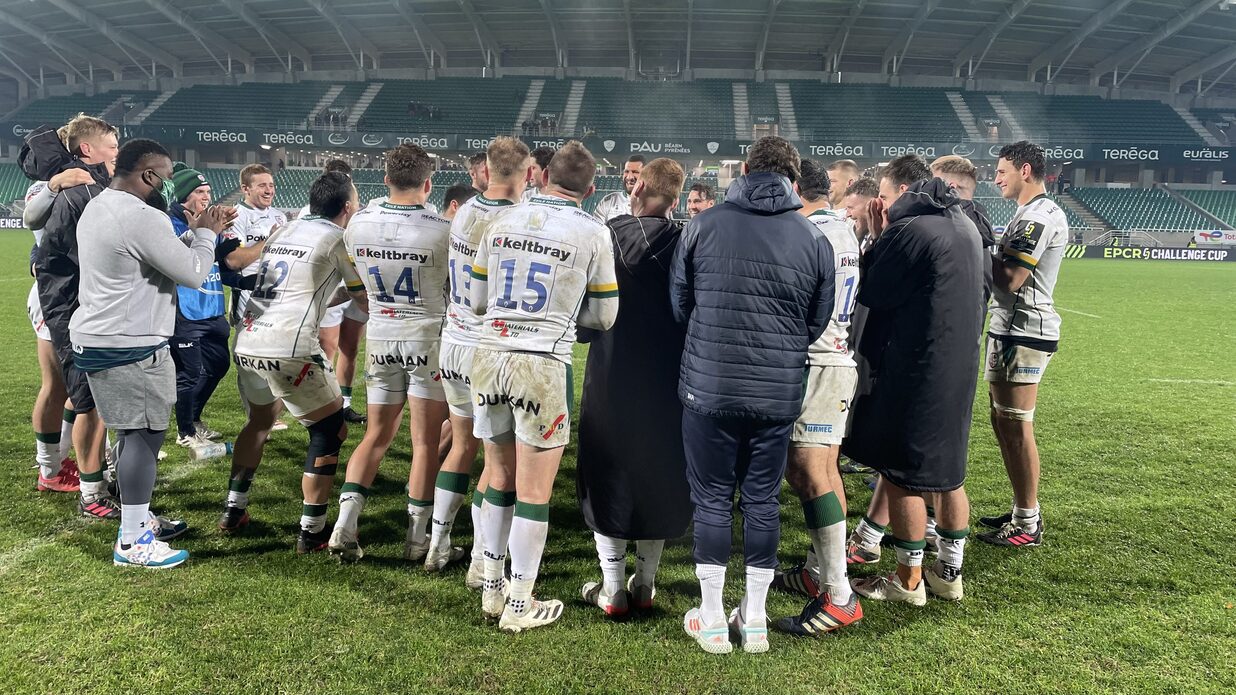 It was the Exiles’ first venture into European action for the 2021/22 season as they opened their Challenge Cup campaign with a bonus-point win over Top 14’s Pau.

Irish were the first to make an impact on the scoreboard on 12 minutes. Referee Sam Grove-White deemed a knock-on to be deliberate from Pau, and the visitors were awarded a penalty try. To add insult to injury, Pau’s Vincent Pinto was shown a yellow card.

To Pau’s credit, they fought back straight from the kick-off, putting pressure on Irish. They were rewarded with a penalty, and Alexis Levron cut the Exiles’ lead by three.

Agustin Creevy had only been on the pitch for four minutes before he crossed for the visitors’ second try of the match. Creevy broke off from the base of a rolling maul before slipping a tackle and burrowing over the try line. After Rory Jennings added the conversion, the lead was extended to 3-14.

The hosts managed to get themselves back into the match through possessional pressure on Irish, but they were unable to get the points to show for it. At the half-time break, Irish led 3-14.

It seemed like the next score would be crucial and on 47 minutes, it was Irish who got it. The familiar figure of Agustin Creevy latched on to an unstoppable rolling maul that allowed for hooker to flop over and claim his second try of the day. A noisy Stade du Hameau tried their best to put Jennings off the conversion, but the fly-half was cool under pressure to add the extra two and move Irish’s lead to 3-21.

Pau again came back at Irish, but some superb individual efforts from Rob Simmons and Matt Williams were enough to stop an almost certain try.

However, just before the hour mark, the hosts did get their try. Levron snuck through a gap to touch down before adding the conversion and cutting the deficit to 10-21.

The next 10 minutes were a battle of the defensive structures with numerous big hits flying in. Irish went in search of a bonus-point try as Pau were looking for a way to get back into the game.

But it fell in Irish’s favour. With five minutes to go, Olly Cracknell slammed over for his first try for the club to secure the try bonus-point. The conversion was missed, but the Exiles were in a comfortable looking 10-26 lead.

If the viewers thought the game would just dribble towards the full-time whistle, they were wrong! Pau fought their way up the field to score from close range thanks to Jordan Joseph, once again cutting the Exiles’ lead, this time to 17-26.

It would be the Exiles who would have the last laugh, however. Cracknell, who had only just grabbed his first, smashed over for his second try for London Irish, with the clock in the red. Paddy Jackson added the conversion and the visitors secured a 17-33 victory. Five points to take home. Lovely job lads!