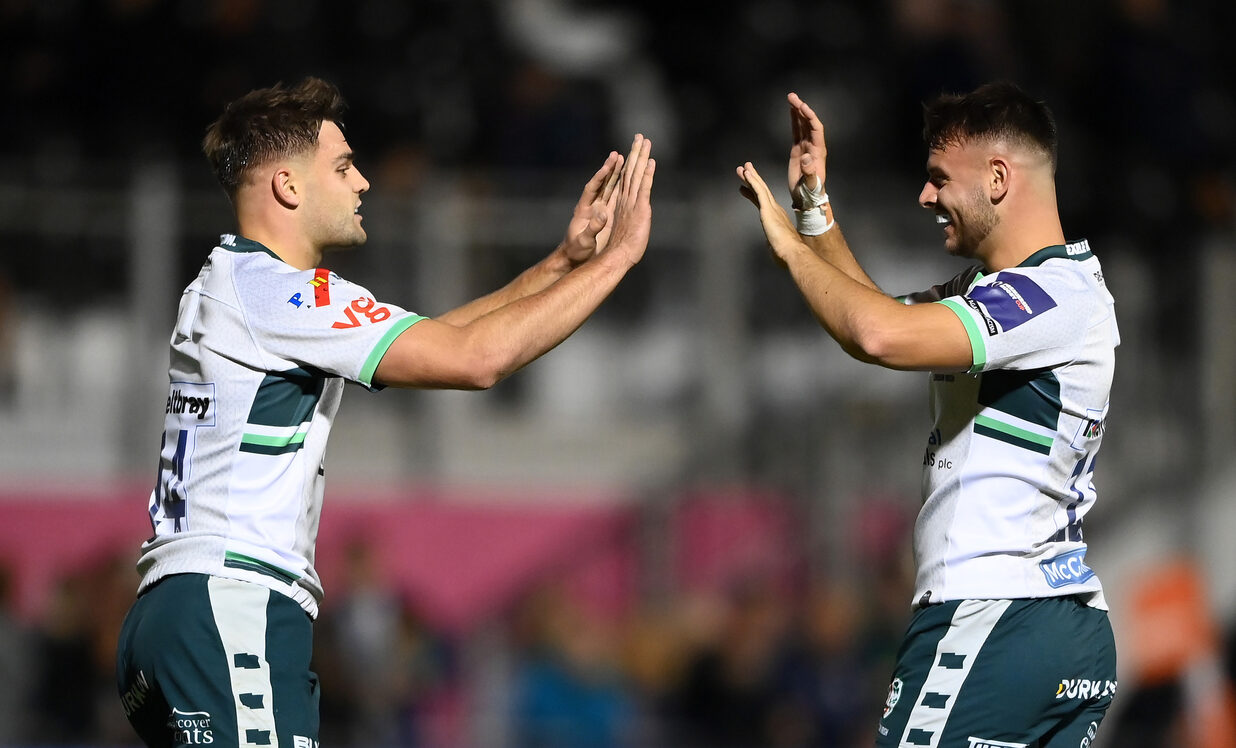 London Irish ran in seven tries to make it three bonus-point wins from three matches in the Premiership Rugby Cup after a clinical 26-43 win over Saracens.

Facundo Gigena was the first name on the try scorers list, giving Irish an early lead with just six minutes on the clock. The Argentina international forced his way over the tryline from short range and, after Rory Jennings added the extras, the visitors led 0-7.

After adding another six minutes onto the clock, it was the turn of Tom Hitchcock to cross the whitewash. The centre cut an efficient line through defenders to crash over for his first try in the London Irish jersey. Jennings’ conversion was successful, and Irish took a 0-14 lead.

Saracens then hit back through Ollie Stonham. The back row dived over after spotting a gap in the Exiles’ defence after pressure was mounting. After the conversion, Irish’s lead was cut to 7-14.

However, it didn’t take long before Irish were over for their third try of the evening. Michael Dykes was shown the outside space by his opposite man and duly took it. The winger sprinted clear before offloading inside to Josh Basham who slid over.

Dykes then got his own try just two minutes later. The winger was on the end of a looping pass and strolled in unopposed for Irish’s bonus point score. After the Jennings’ conversion sailed over, it was 7-26 in the Exiles’ favour.

Irish were purring. Hitchcock then spotted space down the wing, so the centre set off on a winding run. The Exeter University graduate drew the last defender to allow Alex Harmes to dot down. Jennings was again good from the kicking tee and the scoreboard was pushed to 7-33.

Just before the break, Dykes sped over for his second try of the afternoon. Logan Trotter made the initial break before setting Dykes off towards the try line. At the half-time break, the Exiles held a 7-38 lead.

To their credit, Saracens didn’t let up. After the break, it was the hosts to score first. Francis Moore crossed after capitalising on a scrappy restart for his sides’ second try of the day.

Dykes completed his hattrick just a few moments later. The backs spread the ball wide for the winger to go over in the corner and that stretched the Exiles’ lead to 12-43.

Francis Moore then grabbed his second try of the evening after latching on to a clever offload. After the simple conversion, score was 19-43.

Saracens added to their tally in the final minute, with Reynolds-West crossing out wide and Elliott adding the subsequent extras.

A truly entertaining contest came to a close moments later, with Irish heading home the happier of the two sides.