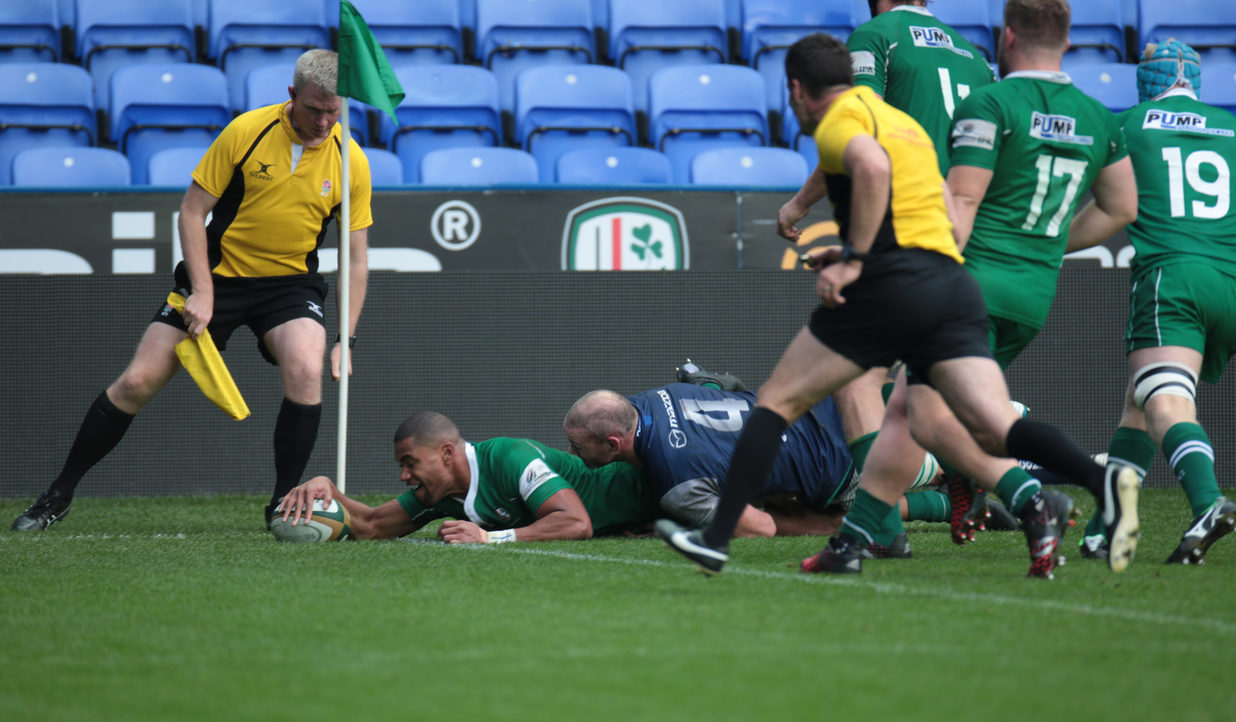 A youthful London Irish outfit engineered a 34-3 bonus-point victory over Connacht Eagles in the British and Irish Cup to stretch the Exiles’ winning run to eight out of eight in all competitions.

The resounding display was just the tonic for Director of Rugby Nick Kennedy, who now prepares his charges for next weekend’s Greene King IPA Championship trip to London Scottish.

And on this evidence, Kennedy may have a selection headache with a number of players putting their hand up for a place in the 22-man squad as league action makes a welcome return.

Harry Elrington, Ollie Hoskins, Jason Harris-Wright, Tom Parton and Joe Cokanasiga all got in on the act to underline the Exiles’ supremacy against a Connacht side that at times showed potency in attack.

After Conor McKeon and Greig Tonks traded a penalty apiece, loose-head prop Elrington crossed for the first try of the contest midway through the first half. Irish gathered clean ball at the lineout to set up a driving maul, with Elrington touching down. Tonks’ sublime touchline conversion gave his side the advantage at 10-3.

Four minutes later Irish registered their second try of the afternoon, an overthrow at the lineout from the visitors allowing skipper Conor Gilsenan to pounce on the ball and provide the platform for Hoskins to crash over. Tonks’ simple conversion from directly in front of goal extended Irish’s lead to 17-3. With Elrington and Hoskins both getting their names in lights, Harris-Wright completed a front-row hat-trick just short of the half hour mark as he burrowed his way over the line following yet another driving lineout.

Half-time approaching, Connacht created their first major attack of the game when a sweeping move had Irish scrambling in numbers to prevent the try. Irish managed to turn the ball over and immediately had Connacht on the back-foot as they went in search of the try bonus-point. However, the Exiles’ exuberance got the better of them as Senitiki Nayalo saw yellow for a high tackle with the last play of the first stanza.

As Nayalo, the Exiles’ latest recruit returned to the field of play 10 minutes into the second half, Irish were reduced to 14-men once more with Parton yellow-carded for a professional foul at the breakdown. A man light, Irish stood firm to heavy pressure from Connacht, before the returning Parton crossed in the corner to secure the bonus-point.

Tonks’ inch-perfect cross-field kick found the converted full-back, who showed excellent footwork to sidestep his marker on his way to the whitewash. Tonks increased his side’s lead to 29-3 with the extras from out wide. Three minutes from time Cokanasiga got his reward for a superb display, stretching over in the corner after the ball was switched from left to right at speed. Cokanasiga, who recently got the call to join up with the England Under-20s set-up was in fine form, and his score rubberstamped victory for Kennedy’s men.