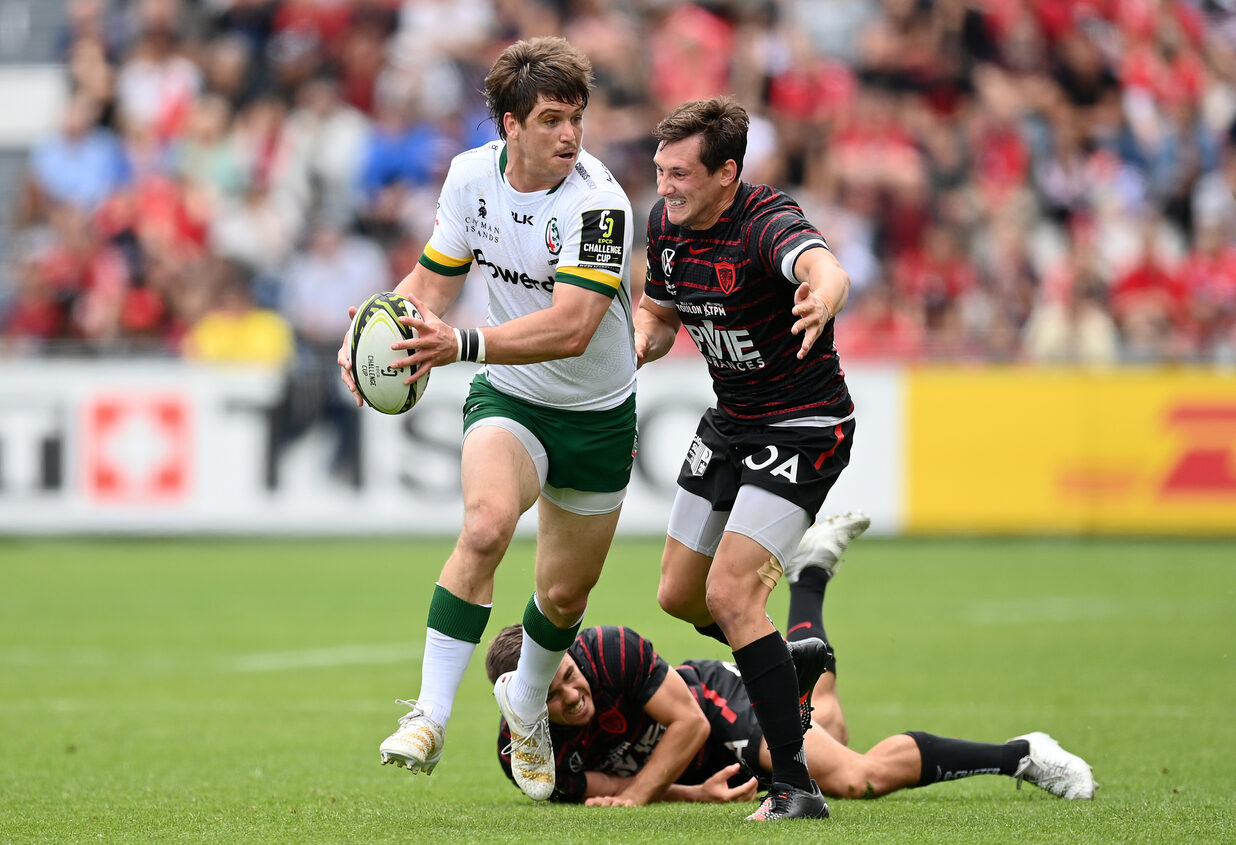 London Irish’s European hopes came to an end this afternoon in a valiant effort against RC Toulonnais at the Stade Félix Mayol, finishing up 19-18 to Franck Azéma’s side in the quarter-finals of the EPCR Challenge Cup.

The heartbreaking conclusion to a wondrous European campaign started off spritely for the Exiles, Albert Tuisue’s converted try and a penalty from Paddy Jackson giving Irish a 10-0 lead that was only reduced with two penalties from Louis Carbonel late on in the first-half.

Carbonel reduced arrears further from the tee after the interval and it was France captain Charles Ollivon who took Toulon’s opening score cleverly to then bring them six points to the good.

The hosts’ fly-half was accurate again from the boot following Jackson’s retort, but it was star substitiute Henry Arundell who will once again steal the back pages with a near indescribable five-pointer that nonetheless could not be converted to culminate a fiery tie.

Irish made an outwardly positive start and retained most of the attacking possession to open up with, Paddy Jackson slotting the first points of the affair from the tee after the hosts were penalised for not rolling away.

Louis Carbonel’s restart went straight out into touch and Ben White executed a perfect 50:22 kick to set up Irish in Toulon’s camp again as the Exiles built through the phases.

RCT were deemed offside at the breakdown and Jackson found touch, and with a pick-and-drive attempt Irish made the best start possible as Albert Tuisue rolled over with the pack and Jackson converted.

It kept getting better for Irish with flowing passing, extravagant loop arounds and turnovers at the breakdown- White had the ball touched down in the goal area after an Irish breakaway but Sam Grove-White pulled play back for a knock-on at the breakdown in the previous phase.

Carbonel looked to put his side on the board nonetheless with a penalty after Rob Simmons’ high tackle, but was unable to split the uprights from the 10-metre line in Irish’s half.

Toulon remained threatening and were yearning to put their stamp on the game, this time it was Irish offside when defending close to their try line, Toulon went for a scrum that ultimately faltered and Irish had the ball again.

Irish were excelling in multiple facets of the game and frustrating the Stade Mayol; Tom Parton’s collection of the high ball, call for a mark and touch-finder relieving some pressure, Adam Coleman’s subsequent lineout steal bought the Exiles possession and solid defensive output saw Toulon put into touch later on.

Some tasty scenes in the aftermath of Grove-White awarding a penalty to the Top 14 side saw Baptiste Serin instigating the fracas with a push and Agustín Creevy pulling the hair of Eben Etzebeth, both Serin and Creevy were sent to the bin.

Carbonel then added Toulon’s first points from the boot, doing so again minutes later after Irish were unable to maintain a legal set-piece on halfway and the out-half converted successfully at half-time.

The young French fly-half took Toulon to within one of Declan Kidney’s men shortly after resumption of play as Irish were penalised at a maul, and it was game on in a dreary afternoon in southern France.

As time progressed a game already fraught with tension increased further, both teams conceding possession in attacking play as Villiére jackaled the ball whilst his teammates passed forward after good progression up the park.

Juan Martín González was the next to spend time on the sidelines, although this time not through injury after an earlier Head Injury Assessment, as his high tackle in transition saw him yellow carded.

A strong Irish scrum earned them a chance at goal but Jackson’s penalty kick drifted wide, and Toulon capitalised.

An electric breakaway from the kick out from Toulon put them high up the park, and Charles Ollivon smartly sniped from the base of the ruck to dive under the posts unopposed, handing his side their first lead of the game.

It was do-or-die for the traveling Exiles and a brisk break from the kick-off was a good start on the road to any type of comeback, with a high tackle by Toulon handing Jackson an easy kick at the sticks.

The Black and Reds had their own chance at goal, winning a five-metre scrum after Jackson’s loose hands in the goal area, contesting well enough for the referee to award a chance at goal that Carbonel took.

What happened next could not have been expected, well possibly after his recent form, but a certain Henry Arundell took the ball whilst massively under the cosh from Irish’s own goal line to the Toulon try line in one fell swoop, leaving one, two, three (who could keep up!?) defenders in his wake.

Jackson’s missed conversion from the touchline meant Irish trailed by a point going into the final five minutes, but Toulon smelt blood after winning a penalty at the scrum and opted for the corner.

A massive shift from replacement Steve Mafi to steal back the ball saw Jackson then kick wide, but Irish were pulled back for a forward pass when the ball found Will Joseph in his attempt to give way to Arundell.

Toulon found touch after the scrum and the progression to the Challenge Cup semi-finals was theirs, in what can only be described as a mammoth cup knockout contest at the Stade Félix Mayol.