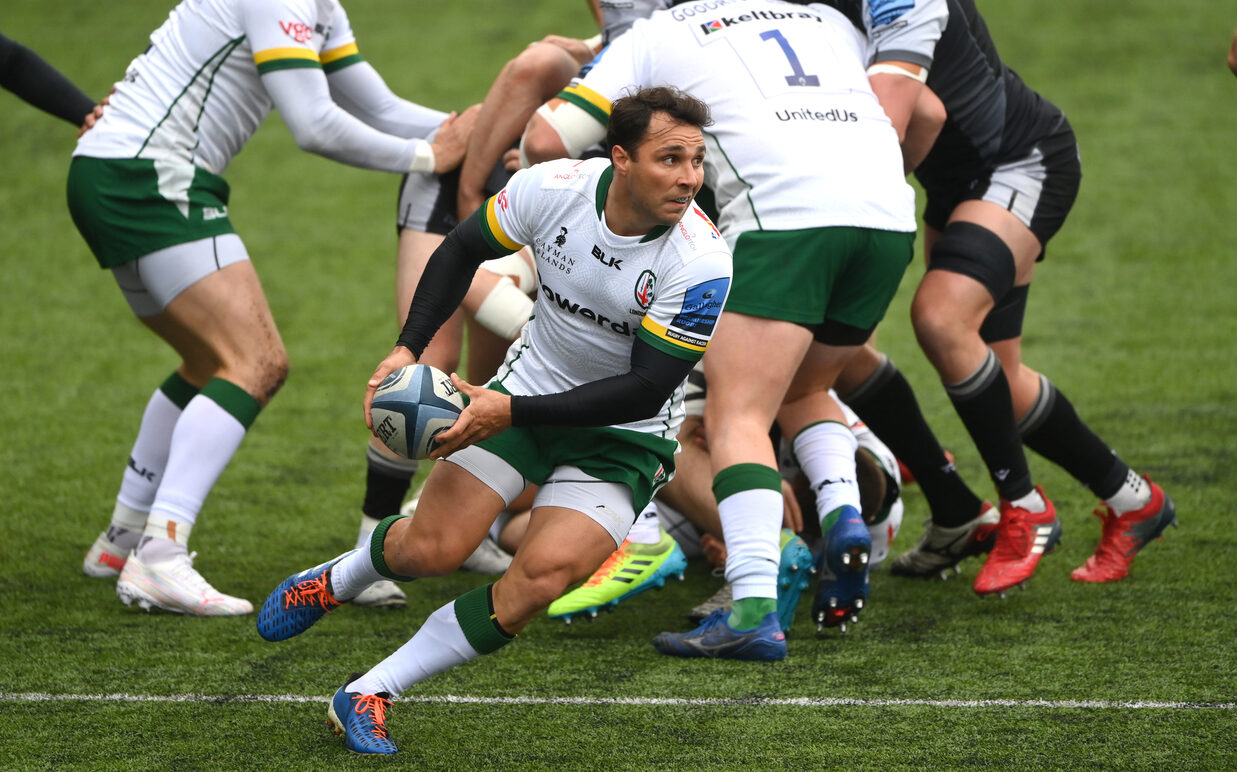 London Irish fell to a 52-27 loss at the hands of Newcastle Falcons at Kingston Park in Round 18 of the Gallagher Premiership.

The opening few minutes saw London Irish enjoy plenty of time on the ball. The Exiles went through numerous attacking phases in the Newcastle half, but a turnover penalty from Mark Wilson relieved the early pressure for the hosts.

The Irish pack continued with their strong start, giving the Exiles an attacking platform from a scrum penalty. From the resulting field position, the backs went through a move orchestrated straight from the training ground, releasing Tom Parton down the wing. Parton brushed off a tackle to slide over the try line and give Irish an early 0-5 lead.

The Exiles went in search of their second try, but five metres out, Agustin Creevy was penalised for holding on and the Falcons cleared their lines.

It was Newcastle next to impact the scoreboard. A quick tap from a penalty eventually led to George McGuigan taking a crash ball to force his over the try line. Brett Connon added the extras and Newcastle took a 7-5 lead with 26 minutes on the clock.

On the half hour mark, Newcastle went over for their second try of the match. Sean Robinson was dragged over the Exiles’ tryline by his pack and, with Connon’s conversion, extended the Falcons’ lead to 14-5.

Five minutes later, Newcastle didn’t roll away from a tackle and subsequently gave Paddy Jackson a shot at goal. Jackson’s attempt sailed through the uprights and the hosts’ lead was cut to 14-8.

With the clock in red, Irish had the last say of the first half. A lovely-weighted grubber from Paddy Jackson sat up perfectly for Ben Loader who duly dotted down in the corner. Jackson converted from the touchline to put Irish ahead at the break.

Newcastle came out of the blocks flying after the restart. Scrum-half Louis Schreuder taking a good offload to go over under the posts. Connon added the simple conversion, and the Falcons retook the lead, 21-15.

Just a minute later, Curtis Rona was shown a yellow card for a high tackle and London Irish were temporarily reduced to 14 men

Irish were punished for missing touch from a penalty and Newcastle’s clearance kicked put the pressure back onto Irish. The hosts grabbed themselves a penalty from the kick chase, kicked to the corner and scored through McGuigan again. The conversion was successful, and the Falcons led 28-15.

Newcastle went over for their fifth through Tom Stevenson. The winger bumped off a tackle and scored in the corner. The extras were added, and their lead was extended to 35-15.

Irish, to their credit, came straight back at the hosts. Loader gathered the restart and, after building through the phases, Phil Cokanasiga slammed his way over. Jackson added the conversion and reduced the Falcons’ lead to 35-22.

Just before the hour mark, Connon added three points from the kick tee, moving the scoreboard to 38-22.

The entertaining, high scoring second half continued, this time Motu Matu’u going over for Irish’s bonus-point try. A well-worked lineout move ended with the hooker sliding over in the corner. Jackson’s conversion from the whitewash hit the post and came backout, and the score was 38-27.

Keeping in the end-to-end tradition of the match, Tom Penny was next to touchdown. A series of offloads ended with the full-back hopping over a ruck to score. The conversion was successful, and the hosts moved to a 45-27 advantage.

With three minutes to go, Robinson went over for his second. A close-range dive over the line and the conversion pushed Newcastle over the 50 points mark.

Those were the last points of the contest, with Newcastle running out 52-27 winners.