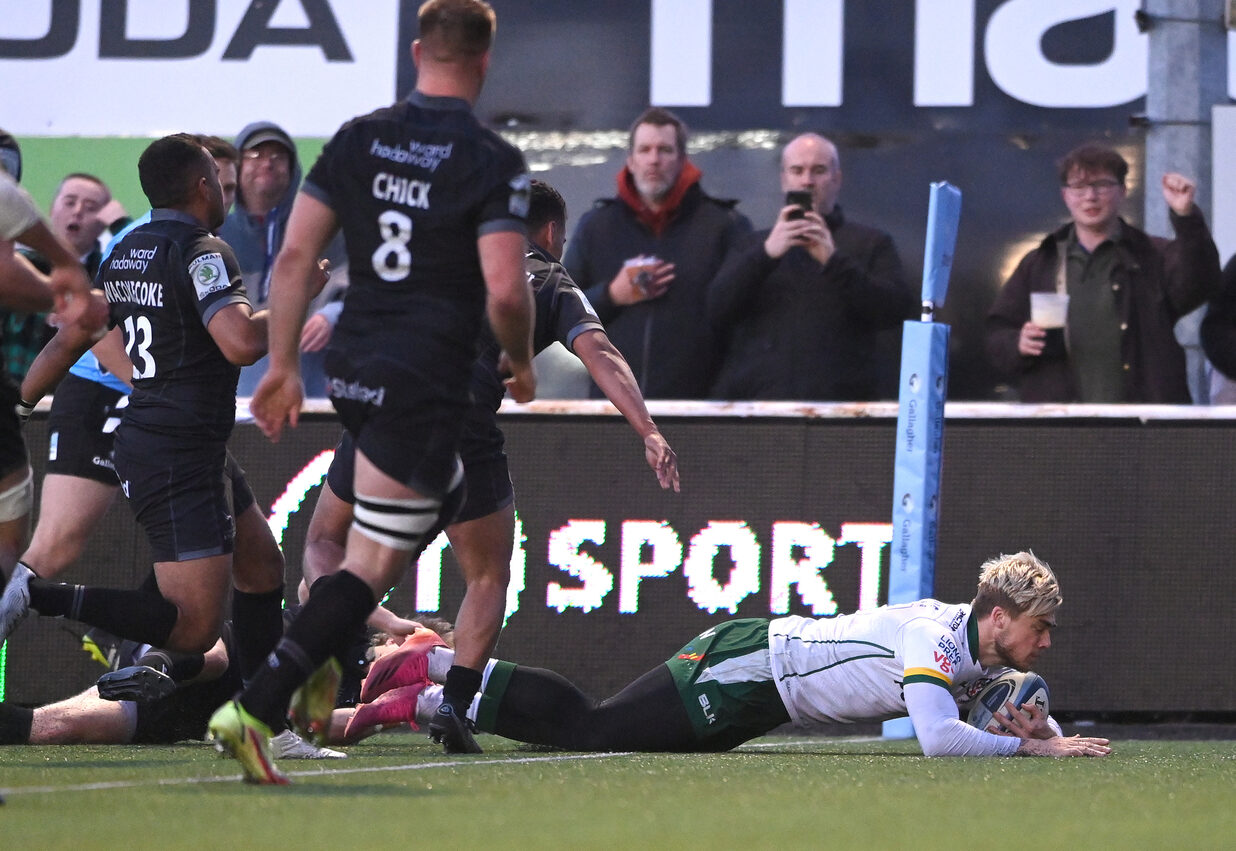 London Irish walked away from Kingston Park with a win for the first time in eight years after a 42-14 triumph over Newcastle Falcons in Round 23 of the Gallagher Premiership.

Kyle Rowe opened proceedings for the Exiles and his side had the try bonus point wrapped up by the break with more scores from Albert Tissue, Agustín Creevy and Ollie Hassell-Collins.

A try in each half from Sean Robinson and Ben Stevenson could do little for Newcastle in the way of a comfortable win for the visitors.

Declan Kidney’s men added two more well taken tries in the second period, firstly through Curtis Rona and then Matt Cornish, to take Irish to their first league double over Falcons in 11 seasons.

Irish looked to be away with a smart kick from hand by Paddy Jackson, Benhard van Rensburg collecting astutely to offload but Tom Parton’s own kick couldn’t find its recipient in Kyle Rowe with Newcastle regaining possession.

Solid defensive work from Tom Pearson and Ollie Hassell-Collins aided in wading off some Falcons pressure, the former stealing a loose ball deep in Exile territory whilst the winger executed a crushing tackle on Mateo Carreras.

Multiple offside infringements from the hosts allowed London Irish to expand their reach into the opposing half, with the lattermost of penalties seeing Irish go for a scrum.

The ball was worked out to Kyle Rowe by Paddy Jackson in the next phase, the Flying Scotsman making the most of the space in front of him to score with Jackson’s extras taking him past 500 points for the Exiles.

Falcons’ reply, more particularly Sean Robinson’s, was indeed swift with the lock spotting a gap in the Irish backline to burst over from short range- Joel Hodgson’s conversion ensuring honours were even.

A smooth one-handed offload courtesy of Adam Coleman to Curtis Rona released the explosive midfielder towards the whitewash, but Rona’s eventual tackler and try-scorer Robinson interfered with the Australian’s pass and was sent to the bin.

The resulting scum, having then been reset, saw Irish capitalise with five metres between them and another five points as Albert Tuisue rumbled closer and closer with ball at feet before eventually touching down.

The Tynesiders were deemed off their feet at the breakdown and Jackson’s touch-finder placed Irish perfectly, with the catch-and-drive manoeuvre naturally ending only one way- yet another Agustín Creevy try!

The try brought Creevy to within one score of opponent George McGuigan in the overall league standings.

Irish smelt blood with another dominant scrum affording another kick to touch, but the traveling side were made to work for a potential new breakthrough with solid defence from Dean Richards’ men.

A penalty was called back to a well-situated put-in but this time Irish attempted a score from the loose, achieving as much with slick handling and passing through multiple hands, the last of which being Ollie Hassell-Collins to bundle through Falcons bodies and dot down for the try bonus.

Falcons were in need of a retort and were able to muster a converted try through Ben Stevenson, who waited in the wings close to the try-line to leap over from Cameron Nordli-Kelemeti’s pass.

Despite Declan Kidney’s men playing some running rugby on breakaways early in the second-half, Falcons were the most threatening in terms of taking the second fortys opening five-pointer with George Wacokecoke’s running threat a problem posed to the Exiles.

Adam Coleman’s crunching tackle on opposite number Sean Robinson forced a turnover and Falcons were seemingly losing momentum in the minutes after.

Replacement Henry Arundell’s collection of a loose ball set the youngster off on a trademark elusive escape into the 22, then passing to Rona whose grubber was collected by Hodgson but the fly-half was forced out and the ball went dead.

The phase after the five-metre scrum had would-be try-scorer and first receiver Rona crash over with an extended arm, and with a two review and a Jackson conversion, Irish regained a 21-point swing.

Irish were back amongst the tries with the clock counting down, whilst benefiting from an advantage Paddy Jackson spotted substitute Matt Cornish free on the left wing and with excellent purchase found the hooker from his boot for Cornish to ground.

Jackson summited to the top of the pile in points scorers in the Premiership on the night with 12 points and 100% accuracy from the tee to accompany his two try assists.

Both Facundo Gigena and Gary Graham were given their marching orders  for violent conduct late on but all five points belonged to the Exiles come Karl Dickson’s final whistle.