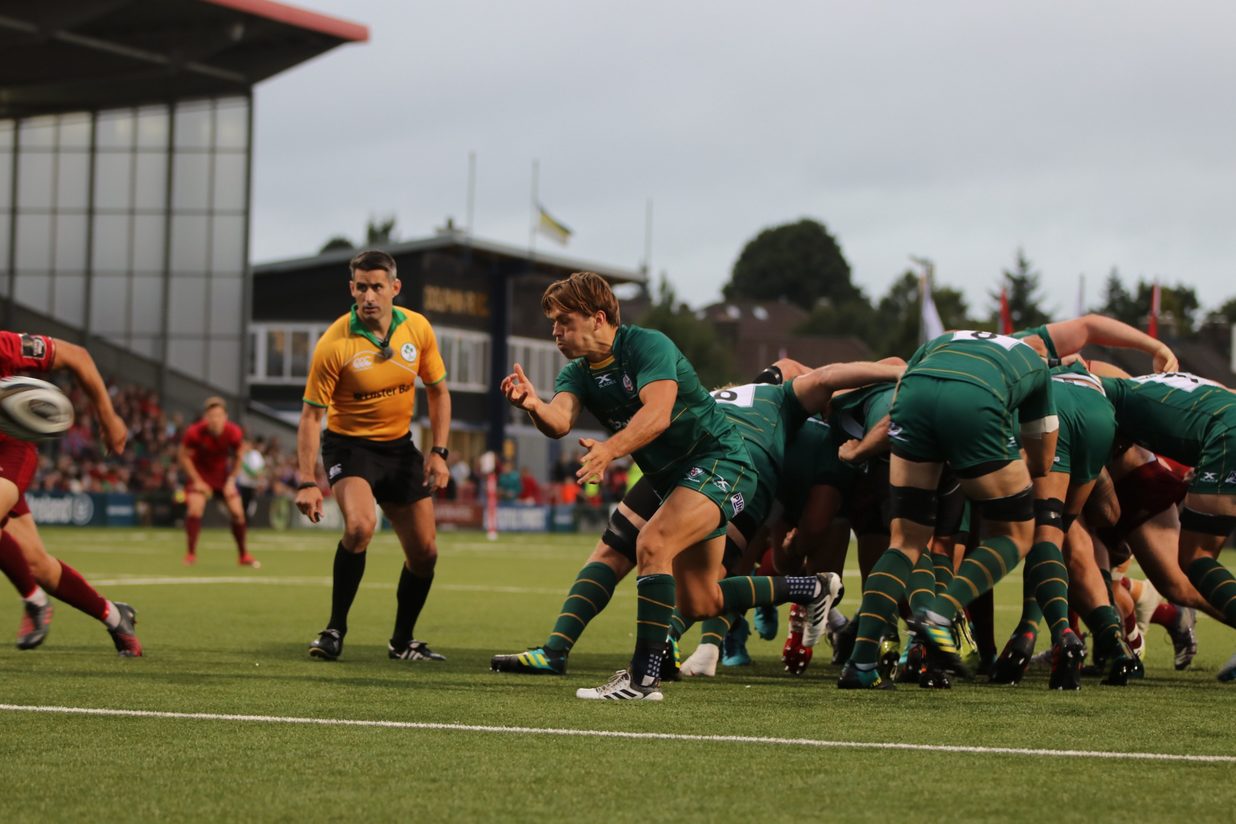 London Irish were edged out by European giants Munster at Independent Park as Declan Kidney’s men kicked-off their pre-season campaign on the Emerald Isle.

It was something of a homecoming for Exiles boss Kidney, who led the Red Army to two Heineken Cup titles during his tenure. Now with the Exiles, the former Ireland supremo saw his side run in four tries courtesy of Matt Williams, Ollie Hoskins, Topsy Ojo and Scott Steele.

Irish endured heavy pressure in the opening exchanges, the men in green standing firm in defence to keep parity. Their endeavour in defence was rewarded on 12 minutes, academy graduate Williams latching on to Fergus Mulchrone’s hack through to cross under the posts in style. Tonks added the extras for a 7-0 lead.

The hosts hit back four minutes later, punishing Irish for inaccuracy with ball in hand and winger Darren Sweetnam pounced on a loose ball to race in at the corner. JJ Hanrahan was unable to convert and Irish had a slender two point advantage.

Midway through the first period Munster prop Brian Scott doubled his side’s tally of tries for the evening as he barged his way over from close range. Again, Hanrahan failed with the conversion, with Munster leading 10-7. Hanrahan did however make amends with the boot moments later, his drop-goal followed by a Dan Goggin try stretching Munster’s lead to 20-7.

In true Irish spirit the Exiles rallied, and on the stroke of half-time Hoskins emerged from underneath a heap of bodies to celebrate a try by virtue of a rolling maul. Theo Brophy Clews’ touchline conversion reduced the arrears to 20-14 going into the break.

As expected, the Exiles rang the changes for the second half as Kidney took a closer look at some more of his summer signings. Irish started the half in positive fashion, USA international Bryce Campbell in the thick of the action early on. However, it was Munster who struck the first blow through Mike Sherry on 56 minutes who flopped over from the back of a driving lineout.

Irish rounded off the contest with a flourish, scoring two tries in the final three minutes to give the travelling band of supporters much to smile about. First Ojo went over with an individual piece of brilliance when he gobbled up his chip kick to touchdown in the corner, before Steele took Mulchrone’s inside pass to cross the whitewash with the final play of the game.

Irish were narrowly beaten 32-28, but the Exiles’ emblem shines brightly as the league season looms large.