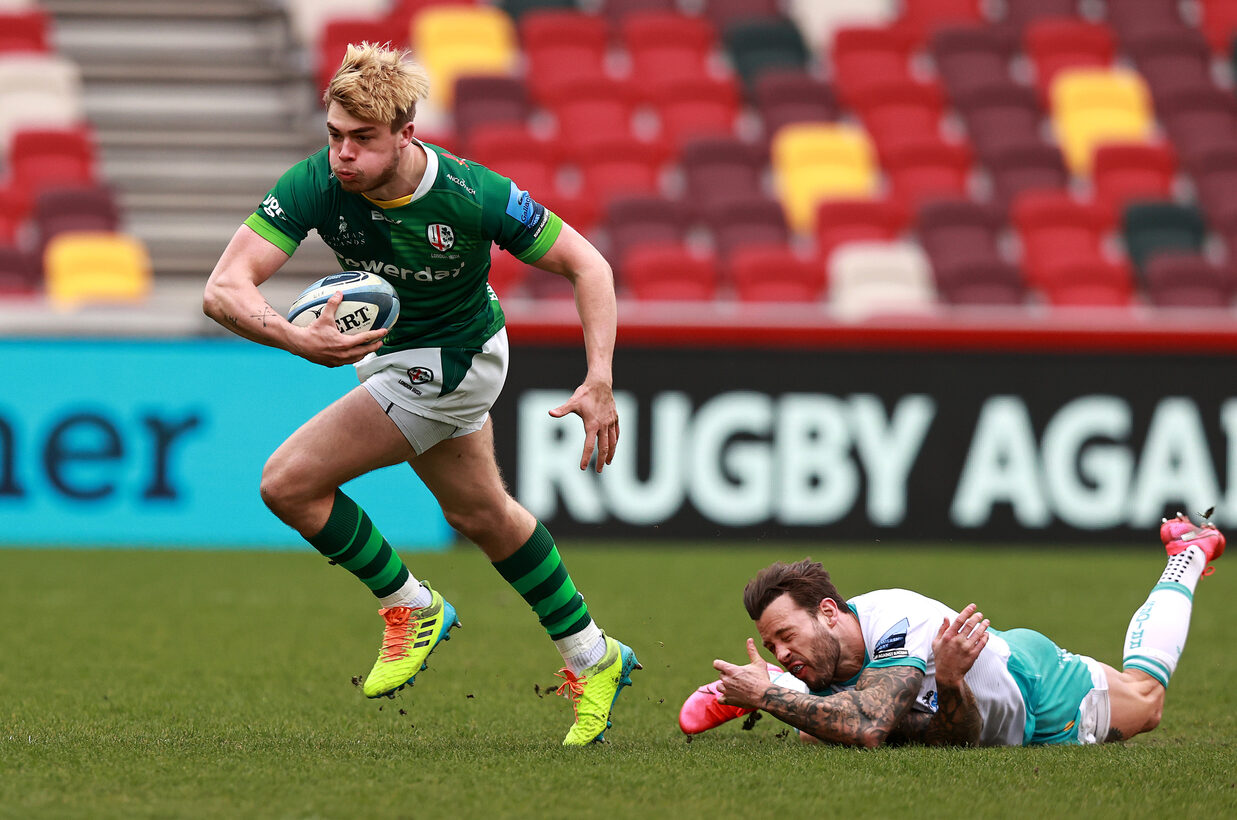 The Exiles were forced to dig deep – and that they did, running out 20-17 winners to continue their fine run of form at the Brentford Community Stadium.

On a blustery afternoon in West London, Irish won an early penalty – Paddy Jackson, from just inside the Warriors half, kicking the Exiles into a 3-0 lead.

Parity was restored within a minute or so, however, when Billy Searle, from bang in front of the posts, kicked the visitors level.

Irish didn’t have to wait too long to be back in front though – courtesy of a brilliant team try.

Steve Mafi won a line-out against the throw and when the ball found its way to Jackson, he fed a long pass out wide to Ollie Hassell-Collins. Bearing down on the try-line, the winger produced a superb one-handed offload to find Ben Meehan, who dived over for an excellent team score.

Jackson added the extras, to make it 10-3 to Declan Kidney’s side inside nine minutes.

Worcester, to their credit, responded well to that setback, with a prolonged period of play in the Irish half – with the Exiles forced to dig deep defensively to keep the Warriors at bay.

The visitors had a chance to make their territorial supremacy count on 25 minutes, but Searle’s penalty flew wide.

Having survived that spell of Warriors pressure – Irish were handed a numerical advantage on 33 minutes, when from a break inspired by James Stokes, Matt Kvesic was shown a yellow card for stopping an Exiles attack illegally.

Moments later, Irish made the visitors pay – Mafi forcing the ball over from a rolling maul. Jackson kicked the conversion, to make it 17-3.

Soon after, Searle had another shot at goal, from just inside halfway on this occasion, but yet again, his kick flew wide of the right hand upright.

That proved to be the final opportunity of the half for either side, as Irish went into the break with a 14-point buffer.

The start of the second half followed a similar pattern to that of the first period, with Worcester – now back to their full quota – continuing to pose the greater attacking threat.

The try their display deserved duly arrived on 50 minutes, Niall Annett breaking through and crashing over – Searle adding the extra two.

Worcester’s pressure was relentless, with Irish time and again forced to call upon all their defensive reserves to keep the visitors at bay as the clock ticked beyond the hour mark.

With 13 minutes to go, Irish were reduced to 14 men when Nick Phipps was shown a yellow card – and from the next attack, Warriors drew level.

After a sustained period of possession, Justin Clegg touched down – and Searle added the extras to make it a level ball game with nine minutes to play.

A minute later, Jackson – from a yard inside the halfway line – kicked Irish back in front with an expertly struck penalty, that was even more incredible given the swirling wind inside the Brentford Community Stadium!

That proved to the last score of the match – as Irish survived another late spell of Worcester pressure to see out the W!