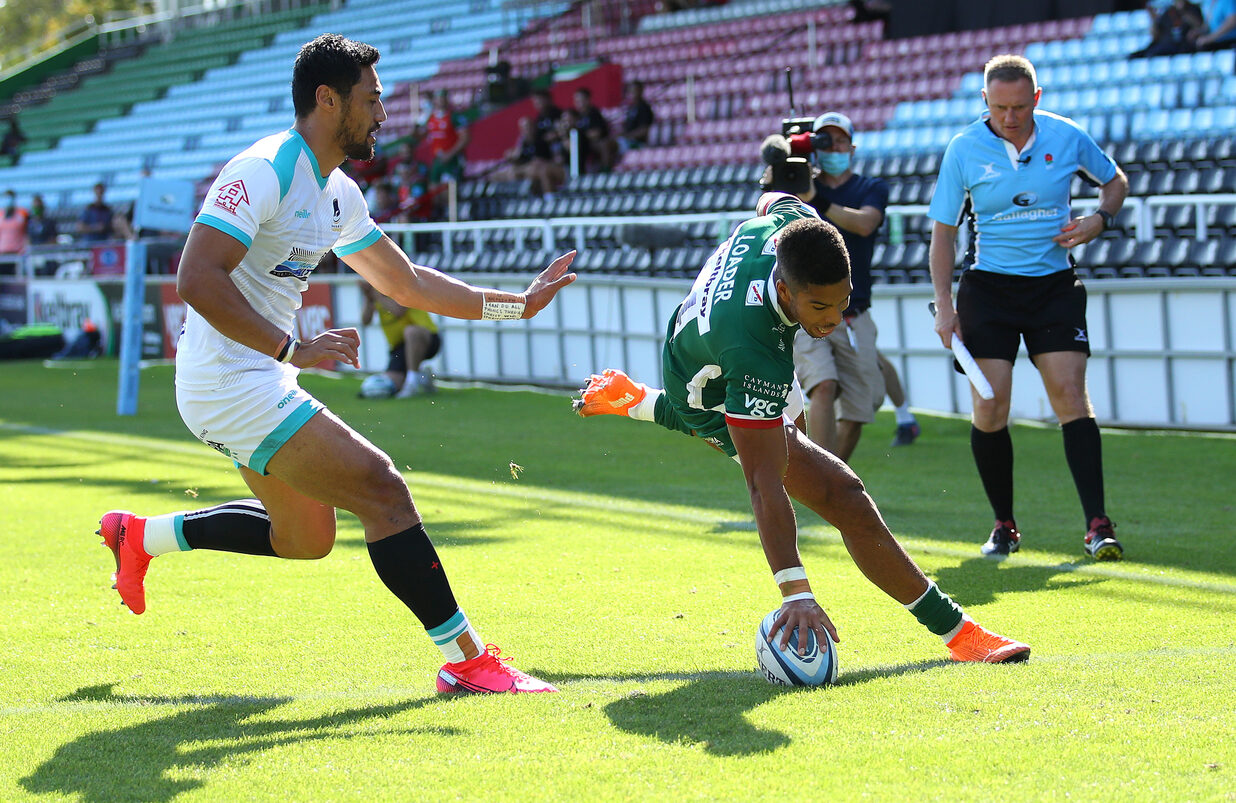 London Irish secured a try bonus-point against Worcester Warriors at The Stoop in Round 20 but it's the visitors who came away victors with the final score reading 25-40.

Irish started the match on the front foot, with Ben Loader scoring with just three minutes on the clock. Theo Brophy Clews, who had just come onto the pitch after an injury to Matt Williams, threw a looping pass to the winger who dotted down in the corner. Jackson’s conversion effort rebounded off the posts and Irish led 5-0 in the early stages.

Worcester looked to respond immediately, camping on the Exiles’ try line for the next 10 minutes. A penalty from a rolling maul set the visitors up with a lineout on the Exiles’ 5m line. The Irish defence were strong, and the visitors were held up over the line. A few more attacking phases took place before Agustin Creevy forced a turnover penalty and gave the hosts the chance to clear.

The visiting side kept their momentum in attack and pilled more pressure on Irish. On 25 minutes, Francois Hougaard slipped through a gap to score under the posts. Duncan Weir added the extras and Worcester took a 5-7 lead.

With eight minutes left of the half, Isaac Curtis-Harris was shown a yellow card and Irish were reduced to 14 men.

Down a man, Irish soaked up more pressure as the visitors looked to make the extra man count. However, the Exiles continued to frustrate Worcester, earning a breakdown penalty on their own 5m line to clear their lines.

The resilient work from Irish pushed Worcester back up the field and eventually led to a penalty shot at goal. Paddy Jackson’s penalty effort was drilled over and the 14-men Exiles led 8-7 at the break.

Worcester came out of the blocks in quick fashion, Hougaard scoring his second under the posts. Weir added the extras and the visitors took a 8-14 lead.

With 48 minutes on the clock, Terrence Hepetema was shown a yellow card for a dangerous clear out at a ruck. From the next play, Worcester made the extra man count and scored thanks to a Melani Nanai 40 metre run. The conversion was good, and the visitors led 8-21.

58 minutes had past when Worcester went over for their fourth try. Ollie Lawrence going through a hole in the defence. Weir added the conversion to extend their lead to 8-28.

Back up to 15 men, Irish hit back at the visitors. Albert Tuisue crashing over from short range. Jackson’s conversion sailed through and Worcester’s lead was cut to 15-28.

However, another good line from Lawrence cut through the defensive line and the centre dotted down under the posts. Weir added the conversion to take Worcester’s lead to 15-35.

With seven minutes to go, Ben Meehan sniped a try from short range. The scrum-half darted from the base of a ruck to get over. The conversion was missed, and the visitors led 20-35.

In the final minute, Tom Homer dashed over the try line to secure London Irish’s try bonus-point. The conversion was missed and Worcester led 25-35.

With the clock in the red, the Warriors winger Tom Howe found himself at the end of a rolling maul and secured the visitors sixth try of the afternoon. Searle was unable to add the extras, and the match finished 25-40.