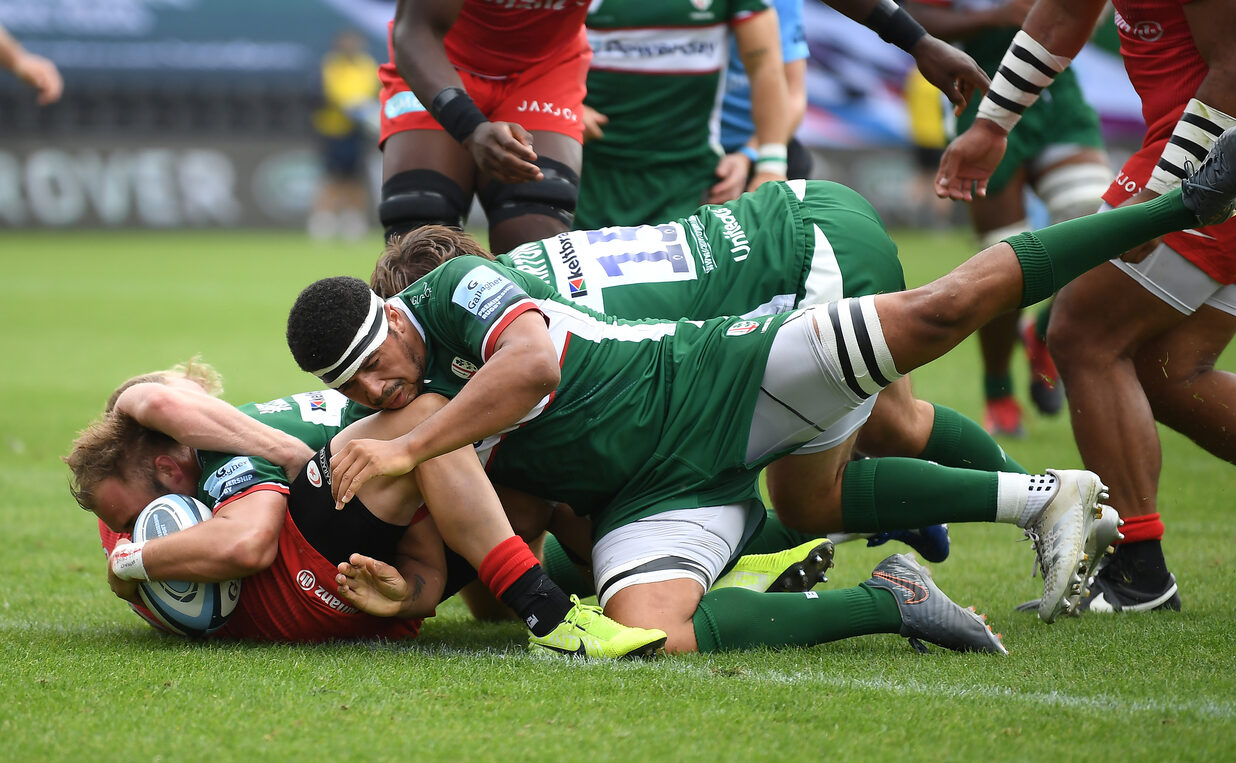 A young Irish side were unable to deny an experienced Saracens team at The Stoop as the visitors recorded a 40-12 victory in Round 17.

London Irish started the brighter of the two sides, a charge down from debutant Agustin Creevy allowed for Curtis Rona to break through the Saracens defence. However, the last pass drifted into touch, giving the visitors the chance to clear.

It was the visitors that would make the first dent on the scoreboard. With 10 minutes on the clock, Elliot Daly thumped a penalty into the Irish 5m. Jamie George was at the back of the resulting rolling maul and dived over the line. Manu Vunipola added the conversion and Saracens led 7-0.

Saracens second try came just five minutes later and was a mirror of their first. A penalty was kicked deep into Irish’s territory and Brad Barritt was on hand to finish it off from the back of another rolling maul. Vunipola added the extras and the lead was extended to 14-0.

The Exiles hit back through Creevy on 20 minutes. The hooker started the offence by getting a break down penalty. Jacob Atkins kicked Irish into the Saracens’ 22m and, after a well-worked lineout move, Creevy drove over from close-range. The conversion was missed, and the visitors lead was cut to 5-14.

Five minutes later, Saracens extended their lead, Billy Vunipola reaching out to dot down over the Exiles’ line for their third try of the match. The conversion was successful, and Saracens moved the score to 5-21.

Staying true to an entertaining first half, Irish hit back immediately. Matt Williams charged down an initial clearance kick straight from the kick-off to keep the hosts in their own half. A clever chip-and-chase was gathered by James Stokes, before Williams got on the ball to drive himself over the line, cutting the deficit to 12-21. Jacob Atkins added the extras to take the score to 12-21.

It took four minutes before Saracens responded to the latest Exiles try. Jamie George scoring another try from a rolling maul, securing his side the bonus-point. The conversion was missed, Saracens led 12-26.

The home side pushed for a late score before the break, but a knock-on ended the half with Saracens leading 12-26.

Saracens scored the first points of the second half, Richard Barrington scoring from close-range. The conversion effort was successful, and the score was 12-33.

Another score quickly followed, Barrington going over for his second after some clever work from the Saracens’ pack. The conversion was good, and the visitors took a 12-40 lead.

The Exiles couldn’t muster up any last points, and the contest ended 12-40 in Saracens favour.