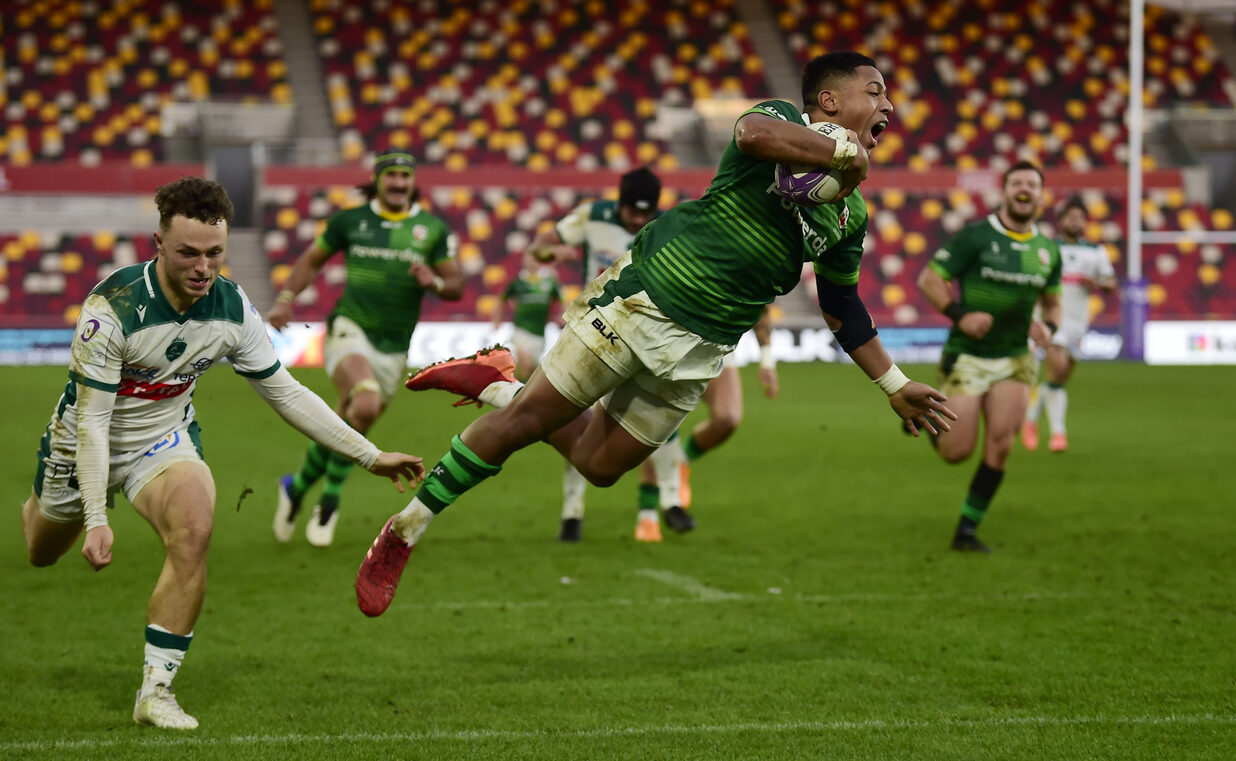 London Irish secured back-to-back wins in the European Challenge Cup with a 26-17 victory over Pau at the Brentford Community Stadium on Sunday.

Hot on the heels of last weekend’s win in Agen, tries from James Stokes (2), Phil Cokanasiga and Tom Parton made it a week to remember for Declan Kidney’s side in the early chapter of their 2020/21 European journey.

As a sunny day made way for a chilly late afternoon in West London, Irish began positively, going through the phases and forcing Pau deep into their own half on a number of occasions in the opening exchanges.

From one such move in the 11th minute, the hosts took the lead.

After a series of phases, Paddy Jackson was the architect, popping off a delicious pass to James Stokes, who broke through the Pau defensive unit and had just enough momentum to dive over the line.

Jackson added the extras to hand the Exiles an early 7-0 advantage.

The lead didn’t last long though, as Pau fought back to level the scores with a converted try of their own – Atila Septar collecting Clovis Le Bail’s grubber kick and diving over in front of the posts – with Le Bail kicking the conversion.

Buoyed by his first successful kick of the contest, Le Bail attempted a penalty from halfway four minutes later, but this time his attempt fell short.

It was a nip-and-tuck game as the clock ticked past the half an hour mark – but it was Irish who would have the next say, thanks to the Jackson-Stokes combination once again.

With Irish deep in the Pau 22, Jackson produced a carbon copy pass to Stokes, who did the rest, diving over with aplomb for his second try of the match!

Jackson again kicked the extras, as Irish led by seven.

The hosts were playing some lovely stuff now, throwing the ball about with confidence – and they were rewarded on the stroke of half-time with another well-worked try.

Curtis Rona’s deft kick created the platform for the score, collecting his own chip in midfield, before Stokes offloaded the ball to Phil Cokanasiga, who galloped fully 30 metres to score in the corner.

Jackson, from out wide, maintained his 100% record with the boot – as Irish went in at the break with a 21-7 advantage.

That lead was reduced to 11 points at the start of the second half, when Le Bail kicked an early penalty, to make it 21-10.

Irish were still on top though despite that early Pau penalty, as the hosts continually forced the visitors deep into their own half.

The score – and the bonus point – they fully deserved eventually arrived in the 51st minute.

Tom Parton touched down try number four in the corner after another flowing backs move, to put Irish firmly in the ascendancy.

The second half continued to be fiercely competitive, with both sides looking to add to their tally.

Pau would add the final points of the afternoon, however, when Thibault Debaes crashed over late on, but it was Irish who ran out worthy winners.

Next up, a trip to Bath on Boxing Day, as the Gallagher Premiership resumes after a two-week break. 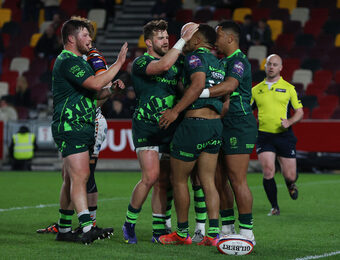