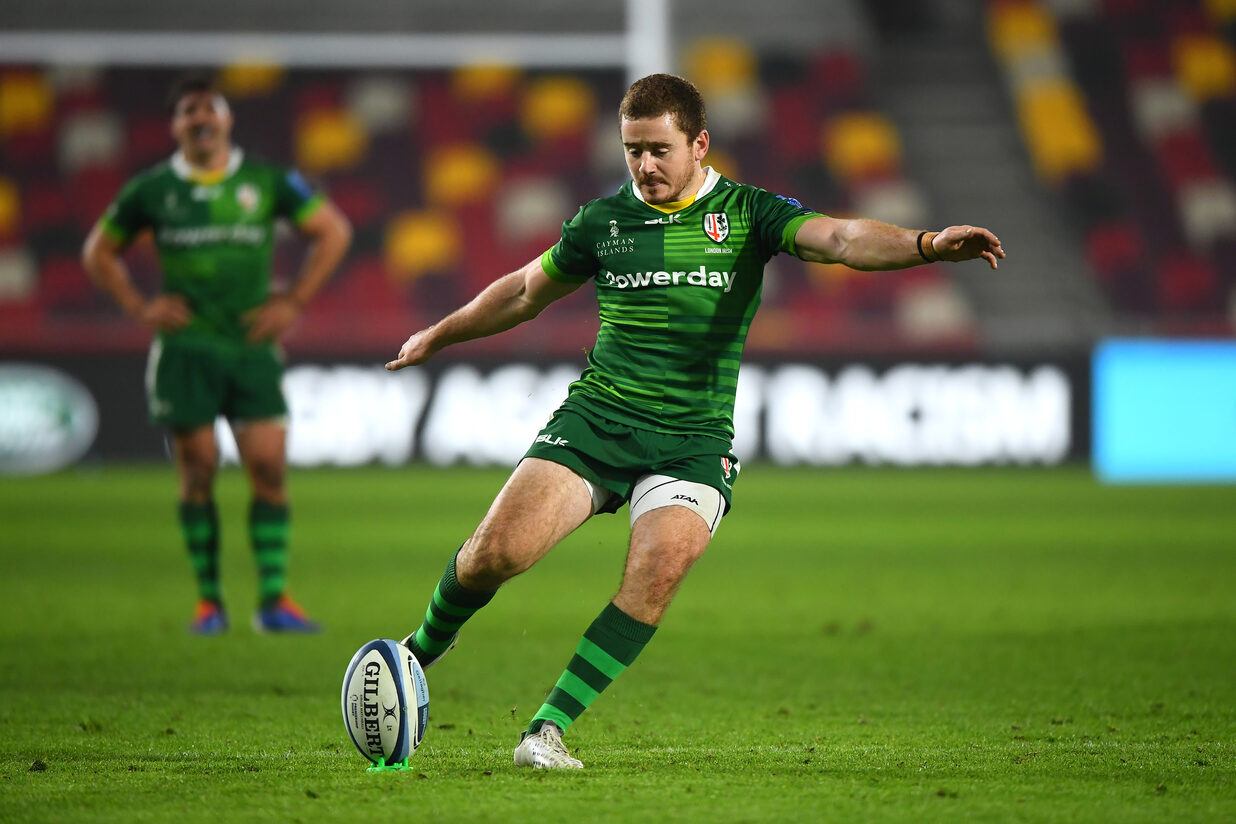 London Irish’s historic homecoming to London was one to remember, as Declan Kidney’s side beat Leicester Tigers in their first outing at the Brentford Community Stadium.

On an afternoon that will be forever etched into the history books, the Exiles ran out 22-9 victors in a pulsating clash in West London.

On a bitterly cold afternoon in the capital, it was the visitors who got proceedings underway for the first time at the Brentford Community Stadium.

As play swung from one end to the other in the opening exchanges, Irish spurned the chance to opt for an early penalty kick at goal, but it was not an opportunity the visitors turned down three minutes later, as Zack Henry kicked Tigers into a sixth minute lead.

However, just two minutes later, Paddy Jackson became the first Irish points scorer at our new home, with a trademark penalty from just outside the 22.

Jackson’s second penalty effort from just on halfway fell narrowly wide of the right-hand post soon after – before Leicester were temporarily reduced to 14 men moments later.

With Ollie Hassell-Collins chasing Curtis Rona’s low kick through on the left flank, Kobus van Wyk was adjudged to have punched the ball into touch – and was subsequently sent to the sin bin for ten minutes.

Irish immediately made the most of their numerical advantage – with Jackson firing over his second penalty of the afternoon to hand the hosts a 6-3 lead on 17 minutes.

That proved to be the only score during the period van Wyk was on the sidelines, as Leicester held firm – despite Irish, and in particular Rona – continuing to ask questions.

But Rona didn’t have to wait too long to score the try his performance undoubtedly deserved – and what a try it was too!

After a sustained period of Irish possession, Billy Meakes broke through the Tigers’ defensive unit and offloaded the ball to Rona, who did the rest, diving over in style.

It was a classy finish from the Australian, and Jackson added the extras – to make it 13-3 inside the opening half an hour.

The Irishman had a chance to extend the hosts’ lead four minutes later – but on this occasion, his penalty missed the target.

The Exiles were certainly good value for their lead at the break – heading in to the dressing room with a 10-point advantage.

Both sides made changes at the resumption, with Nick Phipps and Ollie Hoskins entering the fray for the hosts.

Irish started the second period on the front foot, but Leicester – following their best period of play of the match – scored the opening points of the half, with replacement Joaquin Diaz Bonilla reducing the arrears to 13-6.

The Tigers were on top now – going through the phases to win another penalty – which Diaz Bonilla stroked home again to narrow the gap further.

Irish needed to call on all their defensive qualities to weather the storm and keep the visitors at bay – and that they did, as the clock ticked beyond the hour mark.

Possession in the Tigers’ half was at a premium for Irish, but when they did make it into Leicester territory, Jackson was gifted another penalty chance – and from just inside the opposition half, he slotted home to make it 16-9.

Buoyed by that score, Jackson was at it again 10 minutes from time, firing over with aplomb – this time from even further back – to extend the advantage further.

Leicester continued to pose a threat, but it was Irish who had the final say, with Jackson clinching the game with one final penalty to take his personal tally to 17 points – and sealing a 22-9 win!