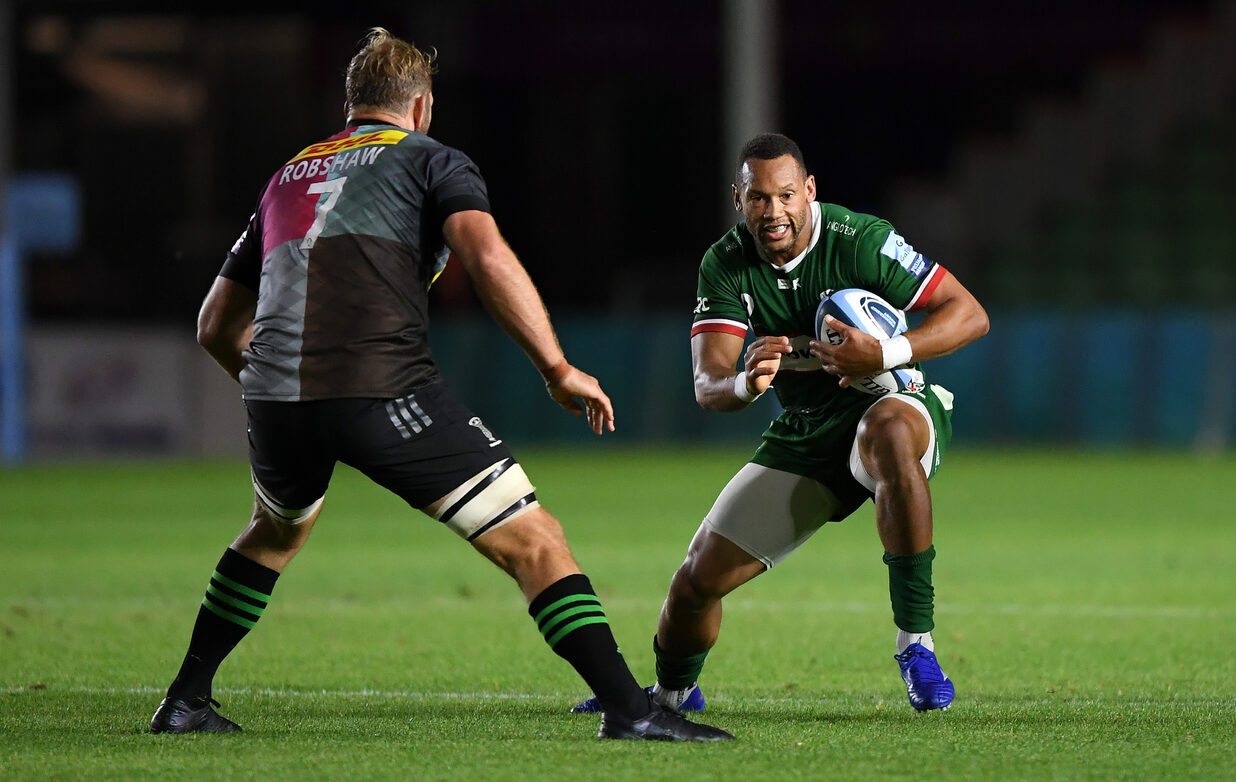 London Irish suffered a 38-15 defeat against Harlequins at The Stoop this evening.

In a frantic start, Harlequins enjoyed the better of the opening exchanges – and they were rewarded with a seventh minute Marcus Smith try.

After two scrums five metres out, Quins got the ball wide to Smith, who jinked over to score with aplomb.

The same players’ subsequent conversion was missed, striking both posts.

Undeterred, Irish were soon on the attack themselves, only for a knock-on deep inside the Quins 22 thwarting them in their tracks.

From the resultant scrum, the ball was eventually spun out wide to Dan Norton, who touched down acrobatically in the corner for his first try in Irish colours.

Jacob Atkins’ conversion from the touchline was struck to perfection, to hand Declan Kidney’s side a 7-5 lead.

The scoreline looked even better for the Exiles less than ten minutes later, when – with Quins still down to 14 – Irish scored a try of outstanding quality.

James Stokes’ delightful chip and chase on halfway was expertly executed and when he gathered the ball and released captain Jack Cooke, Irish were in business. Cooke laid the ball back for Ben Donnell, who made a difficult task look easy, picking the ball up off the deck before crashing over to make it 12-5.

In a topsy-turvy first half, Quins hit back straight away, with a rolling maul taking Scott Baldwin over to reduce the arrears to 12-10.

Irish continued to ask questions of their own though, and on 34 minutes, Atkins extended the lead to five with a well-struck penalty.

With the clock ticking down to half-time, Quins seemed destined to pull level, but Ollie Hassell-Collins had other ideas – smashing Aaron Morris, who was at full gas, into touch with an incredible last-ditch tackle to prevent a certain try.

And that – despite the brief flashpoint that followed in the wake of Hassell-Collins’ try-saving heroics – was how the half ended, with Irish in front.

The relentless nature of the game continued at the start of the second period, with both sides exchanging early blows in search of the opening score of the half.

It was Harlequins who would score it, however, with a free-flowing break from halfway resulting in Smith scoring his second try of the night, which he converted with ease from in front of the posts, as Quins led for the first time.

Both sides made wholesale changes midway through the half, and it was Quins’ fresh legs which made the difference when Steele touched down against his old club, with Smith adding the extras.

The game was up for Irish three minutes from time with the award of a penalty try – and a further try, scored by Cadan Murley in the final play of the match sealed Quins’ win, as they avenged their 29-15 defeat to Irish earlier in the campaign.