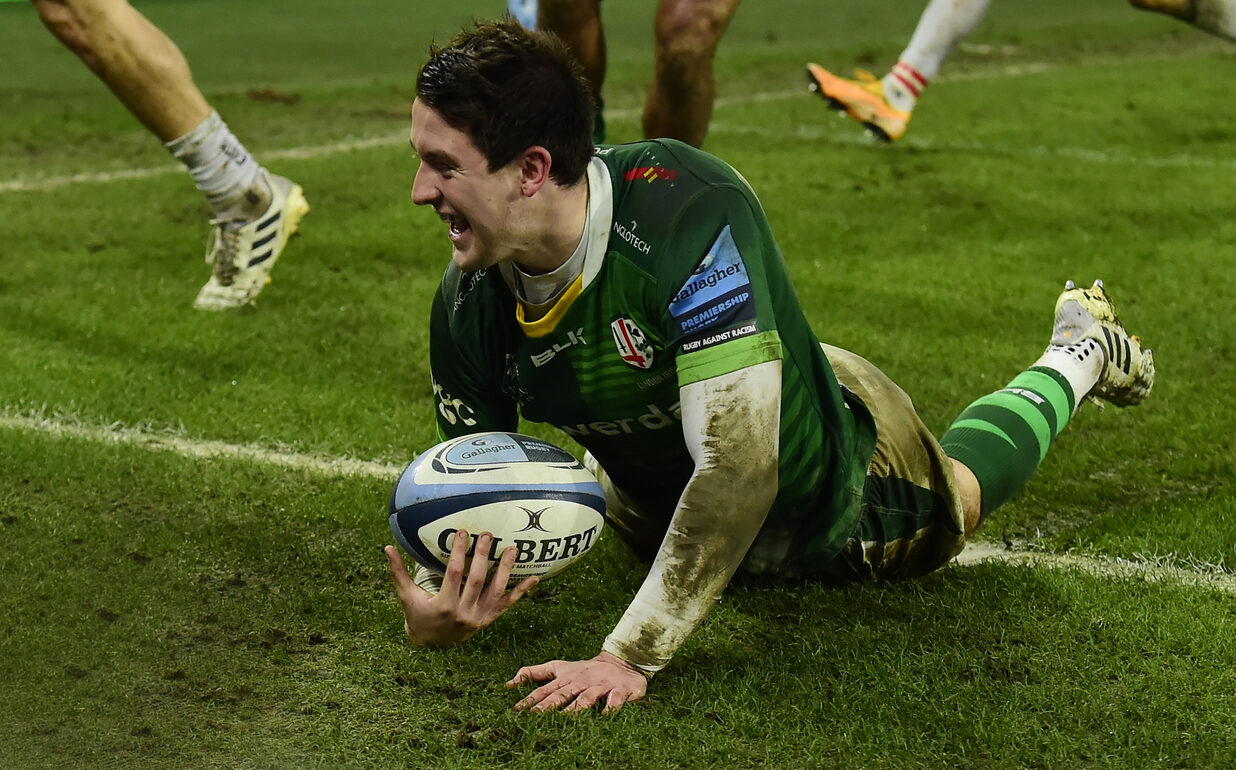 London Irish made it back-to-back bonus-point wins in the Gallagher Premiership with a dramatic 32-26 victory over Gloucester Rugby on Saturday afternoon.

It was an electric start from the Exiles in West London, with Adam Coleman charging down a clearance kick from Willi Heinz seconds after the kick-off had been gathered, before gathering the loose ball. London Irish set up the ruck before Blair Cowan crashed over from short range. Jackson converted from the touchline to push Irish into an early 7-0 lead.

Unfortunately, in the charge down, Coleman picked up an injury and was replaced by Steve Mafi.

However, straight from the kick-off, Gloucester gathered the restart and Henry Trinder scored in the corner. Billy Twelvetrees conversion was successful, and the game was level once again.

Five minutes later, Gloucester hit back again! Alex Craig benefiting from a good line from Jordy Reid to muscle his way over the line. Twelvetrees added the extras and Gloucester took the lead for the first time in the contest, 12-14.

Irish then took their turn to threaten. Albert Tuisue getting a turnover penalty before Jackson thumped the ball into the Gloucester 5m. Irish were awarded another from that lineout and headed back into the corner. Yet another penalty was kicked into the corner, but Irish drifted offside and Gloucester were given a chance to clear.

After the intense try-filled opening 20 minutes, the two sides battled hard against each other to build on the early momentum.

Line breaks from Tom Parton and Nick Phipps drove Irish into the Gloucester 22, but the hosts were unable to get any points for their efforts.

Gloucester went on the offensive with five minutes of the first half to go, as Santiago Carreras’ chip-and-chase was gathered but the Cherry and Whites knocked on only metres out from the try line.

An empathic rolling maul from the Irish pack gave Jackson a penalty to kick into the Gloucester 22, and the forwards set about another rolling maul. The next drive was stopped illegally, and Irish went back into the corner.

Another infringement led to a yellow card for Gloucester’s Ciaran Knight and the Exiles opted for another kick into the corner.

London Irish weren’t able to effect the scoreboard before the half-time whistle and Gloucester led 12-14 at the break.

After the break, Irish came out with great intent. Cowan forcing a breakdown penalty and Jackson sent the resulting kick 35 metres and deep into the visitors’ 22m.

From the lineout, a brilliant passing exchange between Albert Tuisue and Blair Cowan sent the latter over the try line to put the Exiles back in front. Jackson’s conversion missed and Irish led 17-14.

On 51 minutes, Agustin Creevy snuck over for London Irish’s fourth and bonus point try. The hooker timed his run from the back of a rolling maul to perfection and slammed over the whitewash. Jackson’s conversion from the touchline missed, but Irish led 22-14.

Five minutes later, Gloucester hit back through Mark Atkinson. The centre forcing his way over after slipping through tackles. Twelvetrees added the extras and Irish’s lead was cut to just one point, 22-21.

With an hour gone, Ben Meehan thought he had pushed his way over the line with the help of Creevy, but the TMO ruled out the potential score and deemed it to have not been grounded.

With 15 minutes to go, Meehan was ruled out again. The scrum-half darted clear to score, but referee Ian Tempest ruled the score out due to a forward pass in the build-up.

The pressure eventually told for Irish with eight minutes to go. Hassell-Collins with a brilliant burst when nothing seemed on, before Irish recycled and went wide for Parton to dive over the line in the corner. The conversion sailed through the uprights and the Exiles’ led 29-21.

Gloucester strayed offside as the clock ticked towards full-time and Jackson punished the visitors from the kicking tee and extend the lead by 3. The Exiles headed into the last four minutes leading 32-21.

Gloucester ended the contest with a flourish and scored through Craig. Twelvetrees missed the resulting conversion and those were the last points of the contest, Irish picking up a 32-26 bonus-point victory.