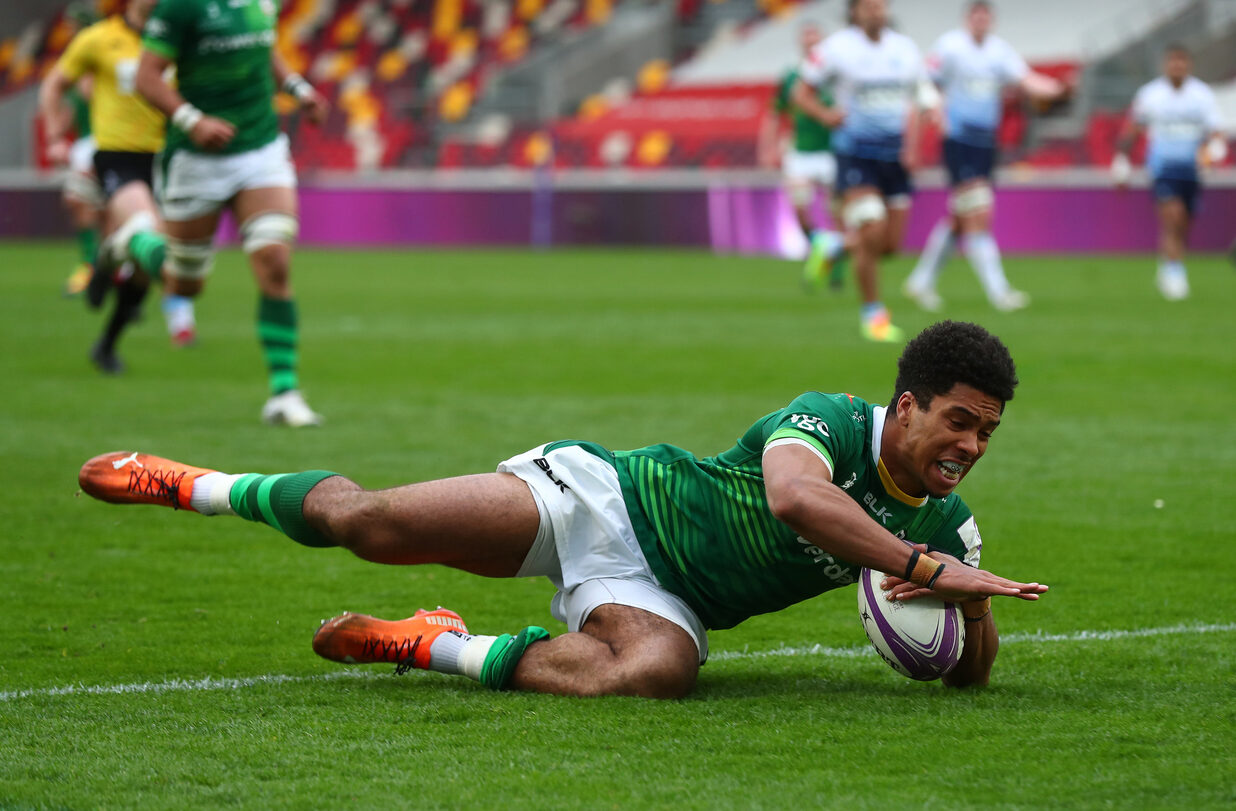 It wasn’t just a Good Friday for London Irish, it was simply incredible, as the Exiles’ Challenge Cup journey continued with a remarkable victory against Cardiff Blues in the Round of 16.

Irish booked a place in the last eight, where they will travel Bath next weekend, thanks to a herculean comeback, that saw Declan Kidney’s side – reduced to 14 men for over half an hour – score three tries in the final eight minutes to run out 41-35 winners.

In an even opening, it was Cardiff who had the first shot at goal in the fifth minute, but Jarrod Evans’ penalty from fully 48-metres struck the left hand upright.

Eight minutes later, Paddy Jackson – after missing a kick from halfway moments earlier – was gifted a second opportunity to kick the first points of the game and on this occasion, he made no mistake, to hand Irish a three-point lead.

After squandering a golden chance to score moments earlier, the visitors made no mistake in the 17th minute, with Kristian Dacey crashing over from a quickly-taken tap penalty, which Evans converted.

The Blues extended their lead four minutes later, when Seb Davies’ intelligent kick from a breakaway in midfield led to Josh Adams following up his own deft kick to touch down unopposed. Evans kicked the extras.

Evans was at it again in the 28th minute, this time nudging over a penalty, to extend the visitors’ lead.

Irish, to their credit, continued to ask questions of their own and they were rewarded three minutes later with a fantastic try, with a move straight from the training ground.

Jackson’s reverse pass completely bamboozled the Cardiff backline and when Ben Loader arrived onto the ball at pace, he left the visiting defenders trailing in his wake to touch down for this third try of the campaign. Jackson added the conversion, to bring the Exiles back into the game.

The Cardiff lead was reduced yet further a minute before half-time, with Jackson firing over his second penalty of the contest, to make it 13-17 at the break.

Both sides came out for the second period intent on laying down an early marker.

A herculean defensive effort from Irish kept Cardiff at bay in the opening minutes of the half – but the hosts were dealt a blow in the 47th minute when Will Goodrick-Clarke was sent off for a high challenge.

With the numerical advantage, Cardiff extended their lead thanks to an Evans penalty moments later, leaving Irish with it all to do.

This Irish side never give up though – and within 60 seconds or so, they drew level.

A bustling solo run from Theo Brophy Clews teed up Ollie Hassell-Collins, who dotted down in the corner – with Jackson, with the wind swirling around the stadium, adding the extras with the boot from the touchline.

Soon after, however, the Exiles were down to 13 men, when Loader was shown a yellow card when the TMO intervened, adjudging the Exiles winger to have used a forearm in a tackle.

The numbers told on 58 minutes – with Cardiff making the most of their advantage when Jason Harries dotted down in the corner.

The Blues extended their lead back to two scores with 15 minutes to play, replacement Lloyd Williams spotting gap and crashing over.

Irish were not done yet though and Terrence Hepetema, returning to action following a three-week ban, jinked in between two Cardiff defenders to touch down. Jackson converted with ease, to set up a grandstand finish with seven minutes to play.

Remarkably, Irish scored again within a minute! This time Sean O’Brien, Nick Phipps and Jackson combined to set up Hassell-Collins, who showed the Cardiff defence a clean pair of heels to sprint over! Jackson again the extras, to make it 34-32.

It was the visitors though, with their man extra who would have the next say of the match, with Evans’ drop-goal making it 35-34!

But, and I’ve written this time and again this season, this Irish side just never know when they’re beaten – and the drama wasn’t over!

With the final play of the game, Curtis Rona dived over the line and Jackson nudged over his fifth conversion of the contest to clinch an incredible victory!

14 men for over half an hour – write us off at your peril!

Get in, Irish! That was special, truly special.

The journey continues … roll on the last eight.