London Irish rounded off pre-season with eight tries scored by eight players in an emphatic 12-50 win at Richmond.

The match at the Richmond Athletic Ground was the final pre-season runout for Nick Kennedy’s men before their return to the Aviva Premiership in next Saturday’s London Double Header at Twickenham.

Seven minutes in, Alex Lewington was the catalyst for a well worked try as he scythed through the Richmond defence and started the ball moving through the backs to the left wing for Blair Cowan to dot down in the corner. Tommy Bell started as he meant to go on by slotting the conversion.

Minutes later Lewington was at it again, evading the Richmond defence on the right wing until his chip over was knocked into touch. The resulting lineout saw David Paice charging down a ball with the tryline in his sights until the ball was lost forwards. Undeterred, Irish’s forwards claimed the next lineout and surged forward over the whitewash for Petrus Du Plessis to score his second try in a London Irish shirt. Bell’s conversion added to the tally.

With the Exiles’ attack in full flow again, three minutes later Tommy Bell spotted Lewington storming up the right wing before spinning the ball left to his fellow backs with Fergus Mulchrone on hand to score Irish’s third try in the left corner.

The Exiles’ work on defence in pre-season stood them in good stead as Richmond were unable to turn a period of pressure in the Irish 22 into points. After a strong defensive effort from the full 15, Irish cleared their lines to move back into attack with club record try scorer Topsy Ojo next on the scoresheet for a converted try, taking the score to 0 - 26 seven minutes before half-time.

Five minutes later, Irish finished the first half with a try resulting from strong forward play including some particularly silky skills from Ofisa Treviranus which sent Brendan McKibbin sniping through to score under the posts to send the men in green into the changing rooms five tries to the good with a half-time score of Richmond 0 – 33 London Irish.

The second half was all change as all of the replacements took to the field with Tommy Bell the sole survivor from the first half moving to fly-half to direct proceedings.

The new recruits looked no less attack-minded than the first-half fifteen and battered Richmond’s defence for the first six minutes of the second half.  Richmond stood strong until Isaac Curtis-Harris spotted an opening and crossed the whitewash for a try on his first London Irish start after a year out with injury. Bell was on target again with the conversion.

Six tries down and 50 minutes into the game, Richmond looked to turn the tables when Tommy Bell’s kick was charged down to give Cameron Mitchell the chance to dot down and give them their first points.  Freddie Gabbitass added the extras.

Confidence boosted, the Richmond attack tested the Exiles’ defensive resolve again.  In the ensuing minutes, Senitiki Nayalo took a knock to the shoulder to be replaced by Blair Cowan returning to the pitch.  Richmond continued to spoil for a second try and were rewarded with a touch down for Jack Allcock as a result of a driving maul.

The home team were barely given time to celebrate the score before the Irish backs were rampaging up the field to add to the Exiles’ tally.  Tommy Bell combined with Greig Tonks to release Ben Ransom to bag a try on the right wing with 15 minutes to go.

Not content with seven tries, Irish continued to throw the kitchen sink at the Richmond defence until the last moments of the game and in the last minute of the game the Exiles’ forwards proved unstoppable as they rumbled over to give Dave Porecki the final try of the match and London Irish a 12 – 50 victory.

Next up the Exiles head to Twickenham to start the Aviva Premiership Rugby Season by renewing their rivalry against Harlequins in the London Double Header on Saturday 2 September.

London Irish v Harlequins kicks off at 4.45pm following Saracens v Northampton Saints at 2pm and tickets are available from £25 from https://ticketing.londonirish.net or by calling 0118 968 1016. 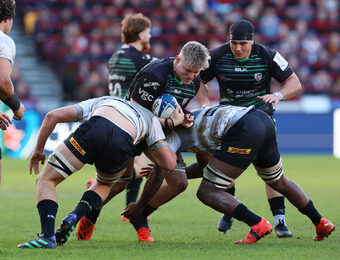 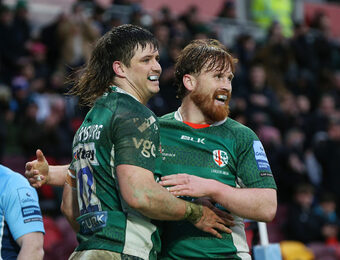